With all the children killing each other, it’s hard to remember that Panem actually had quite a few genetically engineered abominations running around their world, in part thanks to their rank stupidity.

They failed to learn the lessons of Australia’s feral species and released genetically engineered animals into the world again and again. 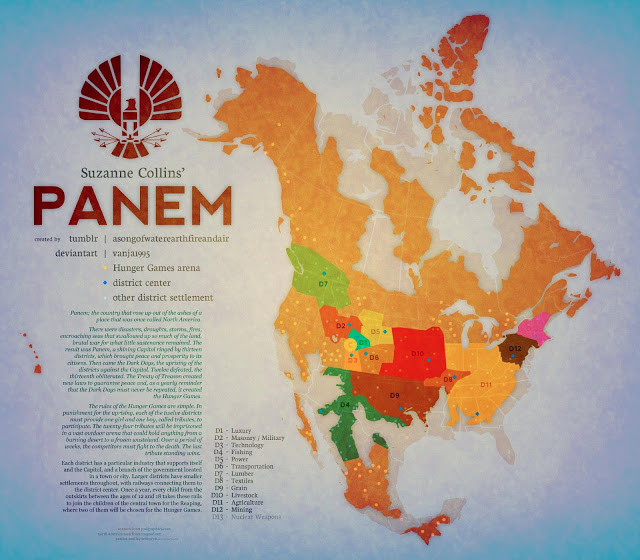 Most of them just did as they pleased without regard for the plans of the Capitol, or otherwise went out of control.  They release birds to relay the rebel’s secrets and end up with a constant reminder of their failures in the Mockingjay, they release enhanced Japanese Hornets into North America called “Tracker Jackers” and they promptly lost any control of them.

It’s a fun bit of foreshadowing of how Panem really is run by idiots.

The general populace of Panem calls these creatures “Muttations”, a corruption of Mutation and Mutt, neither of which really applies to genetically engineered abominations. The proper name itself can really apply to the ‘unnamed’ Muttations used in the final part of the Hunger Games Katniss first finds herself in.  Dog-like creatures released to hunt the remaining competitors down and in the film they end up looking like bulldogs on steroids.  In the book, they were much worse. 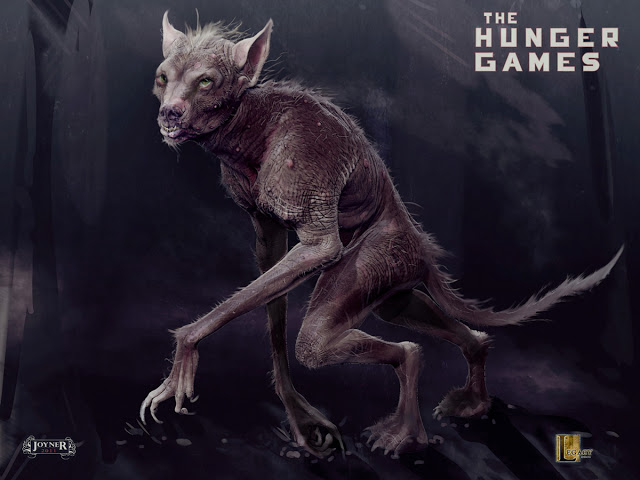 Biology
In the book, they were the other contestants, turned into science werewolf beasts for added ‘spice’ to the finale.  Really.  Their genetic material was taken (or their bodies, as each dead kid was harpooned by an invisible hovercraft in the book and taken away – rotting corpses are just not entertaining I guess) and altered to be somewhat canine-like, but retain elements of the faces and hair coloration of the original form.  It works to great literary effect in the books as Katniss’ internalized horror at recognizing some of the kids, Foxface and Rue in particular, within the savage beasts. 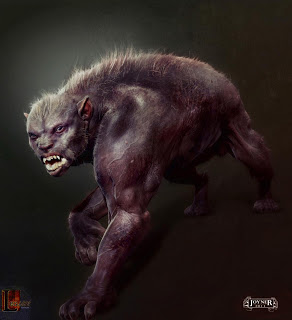 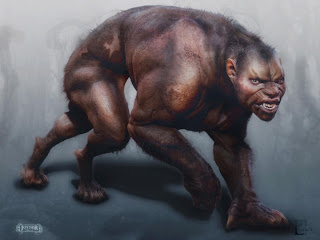 This is what TVtropes calls “Lego Genetics”.

Human beings are not that close to dogs.  Like, at all.  The closest we have is the infraclass Eutheria.  Canines are part of Laurasiathera with other carnivores, while primates like us are in Euarchontoglires. It would be an extremely difficult task to cross that great a divide, and it would speak to the prowess of Panem’s technology base.

But there’s a work around to make such a creature.

There is a primate with some canine-like features as it developed a taste for meat:  Baboons.

Particularly the Olive Baboon (Papio anubis – it’s even named after the Jackal headed Egyptian god), the largest members of which are known to hunt down and devour baby gazelles.  With large canines and running primarily on all fours, they do have doglike elements to them.  As they’re both Primates and Old World Monkeys, it’s easier to ‘turn’ a man into something baboon-like.  It’s still in the lego-genetic territory, but it’s a lot easier than crossing dogs and people. 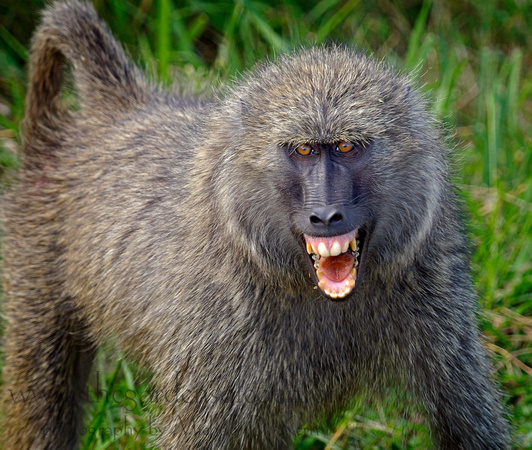 It would also fit in with how they behave: using ‘hand signals’ and hunting in packs.  Baboons primarily hunt singularly, but are extremely social as all primates are.  Make one a pure predator and teamwork hunting can easily come about.

Symbolism
I’ve already hinted at it, but it’s all about the depravity and power of Panem here.  They think so little of the people that turning the children into dog-like monstrosities to hunt down other children is a new and exciting form of entertainment.

In English, calling someone a dog is a common enough insult.  So having the Gamemakers turn the kids into savage dogs also encapsulates how the people of the Capitol view those of the Districts: unruly, wild dogs that have to be beaten regularly to keep them in line.

Katniss recognizes them as people even as she has to fight against them so she can survive, which is a lot of Katniss’ character in the first book.  That and Posts Traumatic Stress Disorder, which the Muttations also play into.  Seeing Rue among them, just as savage and deadly as all the others, hits her pretty hard in the book.  The idea of the sweet little girl turning into such a monster is the stuff nightmares are made of: a betrayal of the normal order far beyond the norm.

In other words, the best of horror sci-fi.