In a recent Fresh Air interview with Steven Soderbergh, Terry Gross made an insightful observation that was easy to miss: Ironically, more people will end up seeing Behind The Candelabra because it was produced by HBO rather than a Hollywood studio and released theatrically.

Gross’ point, which she did not elaborate on, is that HBO has become a trusted curator of entertainment. 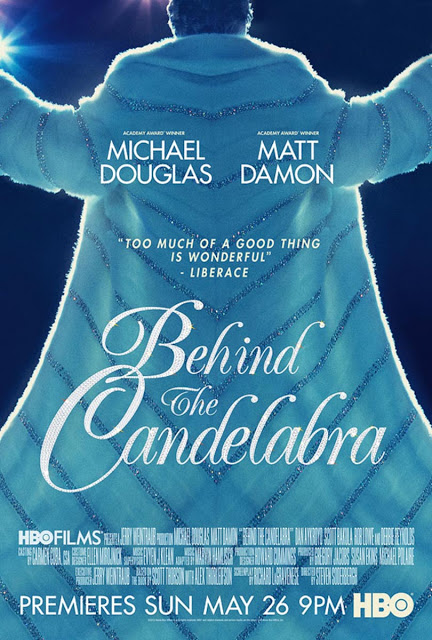 HBO has a well-earned reputation of producing high quality content. If the film was released by a studio it would have been perceived as a “gay film,” having little appeal beyond the so called “gay audience.” By released by HBO, perceptions about Behind The Candelabra immediately change — people were more willing to watch it.

This speaks to the problem with the Hollywood studios — they don’t stand for anything. The studios are indistinguishable — they all make the exact same product.

Movie trailers and movies themselves always open up with the logo of the studio and the copy, “So-and-so Presents.” Could that be anymore meaningless? What makes a Paramount Pictures movie any different than a Warner Bros movie? Could you identify a 20th Century Fox movie without being told they were the production company?

Studios are supposed to be curators.

Out of the thousands of scripts they are pitched each year, they filter out the best-of-the-best for us and turn them into motion pictures. But there is no apparent guiding principle behind what movies studios choose to make besides what they think will have the best ROI. Now obviously there’s a reason why they need to pick movies that will turn a profit, but having a recognizable brand is also extremely important.

Did studios ever have a distinct brand that resulted from the types of movies they decided to make?

Perhaps. During the heyday of the contract system a film produced by MGM, for instance, meant that you’d be getting certain actors, directors and screenwriters. And speaking of MGM, they were known for decades as the studio that produced the biggest spectacles.

The completely lack of any kind of unifying logic behind what movies a studio chooses to produce is simply bad for business. If a studio wants me to take a risk and see a movie purely because they produced it, they have to have some kind of track record of producing unique movies — I need to be able to identify movies I’ve liked with the studio that made them.

I can’t help but speculate that one of the reasons that movie trailers have gotten so long and reveal so much about the movie is because studios cannot market on their brand — their brand is worthless.

Accomplishing this is certainly easier said then done, especially when you consider all of the different genres of movies that get produced, but HBO has already proved it’s not impossible to do.