This week at the digital ComiXology Submit reviews we spend some time tussling in the woods in BLUDGEON, cure all disease and most deaths in HEALED and seek revenge on a murderous uncle in OF STARS AND SWORDS.

The leader in the digital comics space opened up the platform to indie creators back in March of this year.

Writers and artists now have the chance to publish comics or graphic novels on the browser, tablet or phone using the Guided View technology. Comixology curates the submissions and soon the comic is put into panel by panel production for the viewer. The comics appear right on the digital store alongside all of the major publisher’s books. 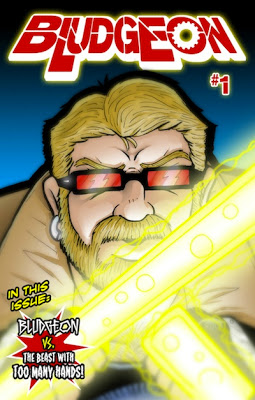 BLUDGEON is a fun black and white urban adventure book starring the bearded Mike, who has been on the run for months.

He stumbles on to a man in the woods who is not what he appears to be. The monster in the woods is wearing the skin of homeless people in the woods as his radio-controlled helper monkey feasts on their flesh.

Mike brandishes his weapons and pursues his foe back into the city.

This is a fun read by a LGBTQ creator with a fun story and cool fight scenes. 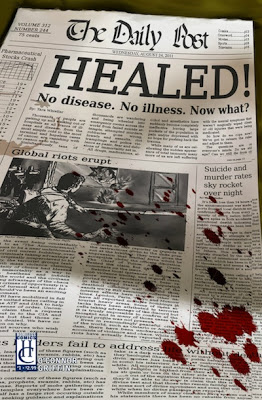 HEALED #1 tells the story of a world without disease or illness. People only die from accidents, murder or suicide.

This first issue has 3 vignettes of people dealing with the new status quo, a priest seeking to save his parishioners, a corporate executive for a multi-national company, and a mother by the bedside of her dying daughter.

Great pacing in this story and an interesting concept, problems of overpopulation and food demands are juxtaposed against realistic stories of people emotionally reacting to “The Healing”.

O’Connor is on to something great here, recommended for fans of Y The Last Man. 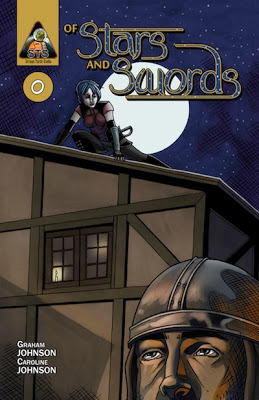 Elvin Seren witnesses her uncle murdering her mother and brother and steals away with the local criminal syndicate to track down her father and a man named Helmund.

She is trained in the underworld and even has blood on her hands, though she is only a teenager. Armies of the undead are awakened by Helmund as she is on her quest to get revenge on her uncle.

This is a fun fantasy story with a strong teenage girl at the lead, narrating her family’s story as she goes.

The adventure continues as a weekly webcomic here at ofstarsandswords.com.

In this article:Book/Comic Review, Digital Comics