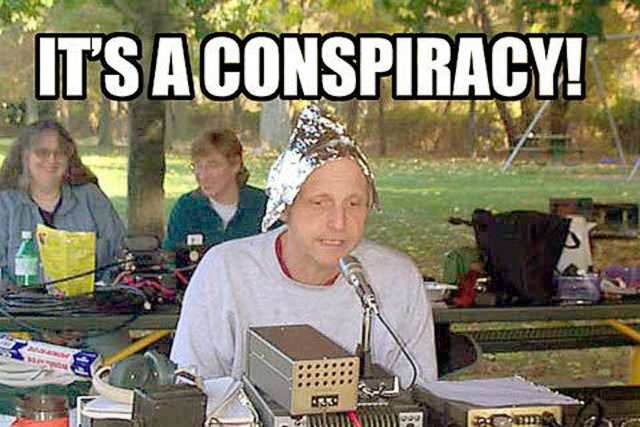 As conspiracies go, the following one (perpetuated by conspiracy theorist Ed Chiarini) is probably one of the loonier ones that I have seen.

Here’s a little bit about what you’re going to encounter: NSA whistle blower, Edward Snowden, is not only Mark Zuckerberg’s cousin (?), he is also an ACTOR who portrayed the “character” of Tyler Clementi (the young Rutgers student who killed himself after his roommate decided to use Climenti’s web cam to spy on him kissing another man)…because that is a totally reasonable assumption right?

And if you think, “Surely this guy can’t be serious?” you should probably know that Chiarini also made the claim that The Fonz (Henry Winkler) is actually Iran’s President Ahmadinejad.

So watch the video and then wonder just how crazy is the world in a conspiracy theorist’s head.

“They Get You When You Sleep!”:  A Salute to 1978’s ‘Invasion of the Body Snatchers’

Not counting anything written by Shakespeare, you’d be hard pressed to name another bit of literature that has been adapted into a movie as...

Would You Want To Live In a World With Superheroes?

We love comic book movies. Even the bad ones tend to make a lot of money. Besides the explosions and action sequences, there is...