Please explain to me how a movie as good as Pacific Rim gets the short-shrift from general movie-going audiences, while shiny but vacuous replicants like Transformers and Independence Day score big and spawn sequels.

Don’t tell me you’re not still starved for a truly big-bang “movie-movie” entertainment.

Not after Man of Steel pissed the proverbial leotard and the Lone Ranger laid a giant stinky egg.

We’re all still dying for this summer’s Jurassic Park or Aliens, a crowd-pleasing spectacular that demands to be experienced in a giant theater with a capacity crowd. 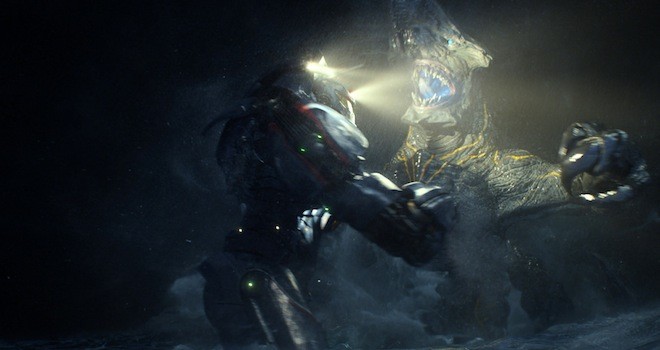 Well, here it is, and you almost let it slip through your fingers.

Here is a fun and dazzling movie that warrants Iron Man-sized ticket sales, a potential blockbuster with style, substance, brains, brawn and heart that will stand up to multiple repeat viewings, and yet nobody but fellow geek fanboys turned out to greet it.

Don’t get me wrong: a $40 million opening is nothing to shake a stick at for a virgin property—i.e., not a sequel/reboot or adaptation of a book, TV show or video game—but a $200 million “event” picture is expected to do better, even in the wake of a new Adam Sandler comedy and a surprisingly successful animated family flick, both of which are sequels. Now, instead of a sure-fire Pacific Rim 2—which I’d totally be down for—we’re threatened with the inevitability of a Grown Ups 3—which, like Parts 1 and 2, I’ll only watch if I get paid. 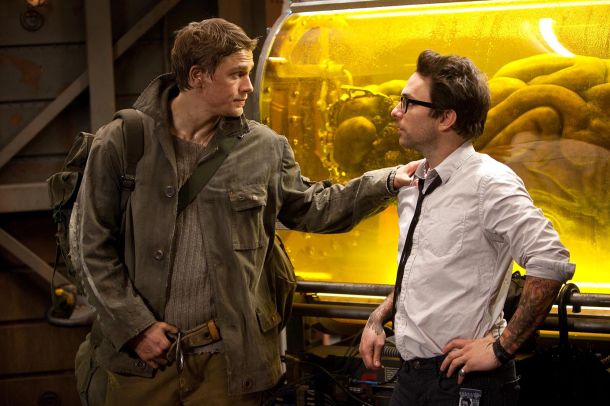 Interesting, though, is the cautious wait-and-see attitude in Hollywood: perhaps, Pacific Rim scored just well enough to call it a moderate success. With a boost from excellent reviews and enthusiastic word-of-mouth, the film could go on to be a sleeper hit that sticks around the multiplex for a while, instead of a burnout that heads straight for the second-run theaters and the $5 DVD bin (ahem, After Earth).

Everyone waited with daggers out for the similarly expensive World War Z to implode (it didn’t) and The Lone Ranger to stumble (it did), but the attitude this week seems decidedly less vicious. I hope this has something to do with an admiration for director Guillermo Del Toro and mutual affinity for his previous films, even if none of them have broken any box office records. 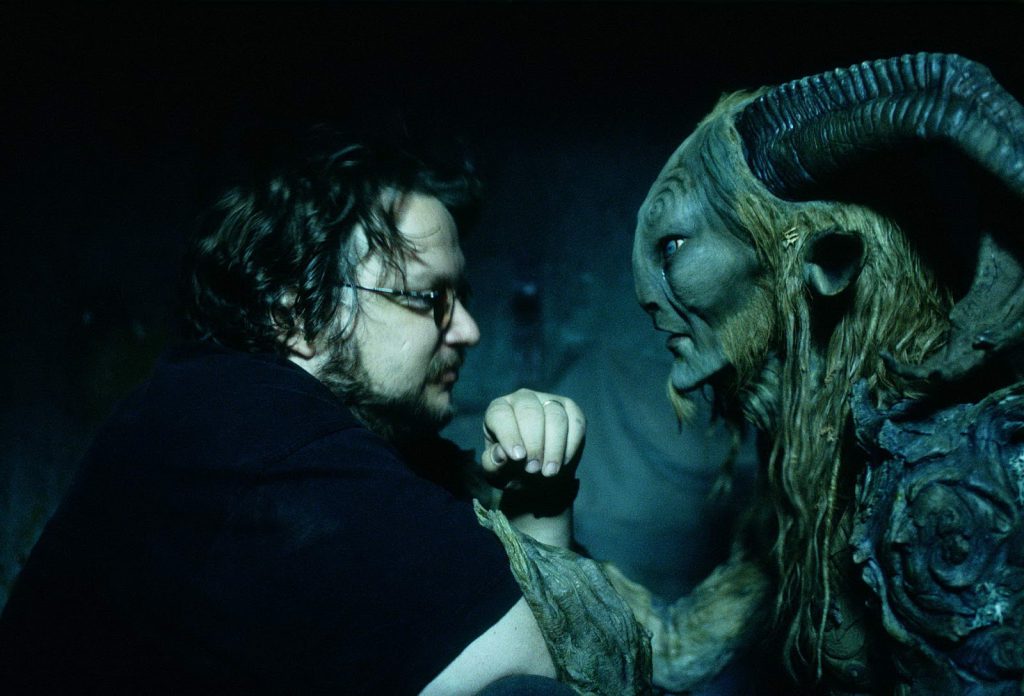 Tepid ticket sales notwithstanding, I’ll wager you’ll find more wit and invention in any given sequence of, say, Hellboy II or Pan’s Labyrinth than you’re likely to find in the entirety of any other Hollywood blockbuster of similar color.

Of all the garbage and ill-fitting sequels and reboots out there lately, Pacific Rim is one movie that matters. THIS is sort of cinematic confection we go to in order to escape the summer heat, and when it comes to visionary filmmakers, THIS is the guy to hire to make an epic fantasy that means something. 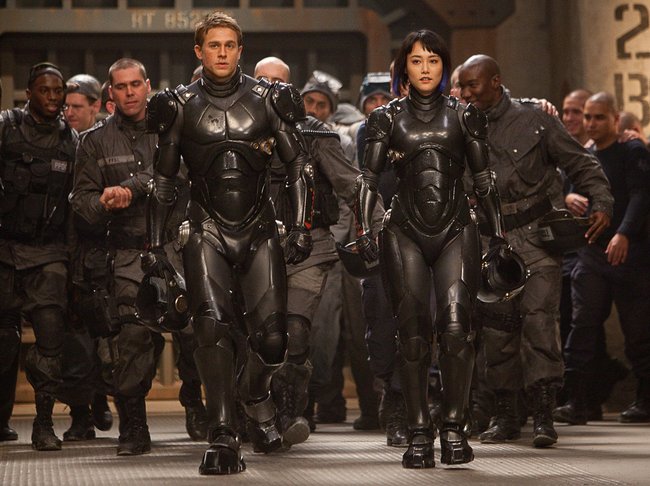 No, hardly—it piles on the story clichés like plates of armor, and the acting is wooden in a Star Wars sort of way. And though the visual effects are amazing, there are too many shots during the fight sequences that are filmed from close quarters. After a while, I craved to view the fight from a greater distance, in an environment other than nighttime rain. But these are mere quibbles in a movie that, at last, delivers on the promised bang for your summer buck—and more. Like any great giant-popcorn movie-movie, it not only moves like a freight train, it’s actually MOVING. There’s razzle-dazzle eye candy and tremendous bombast, but also an emotional core that gives it all a well-earned gravitas. Perhaps by design, it’s got tremendous cross-over appeal, and ought to resonate with audiences young and old, male and female.

It’s easy for me to say because it’s not my money we’re bandying about, but I suggest studios keep on giving filmmakers like Del Toro their $200 million to make wild nerdgasm cinematic fantasies like this one. 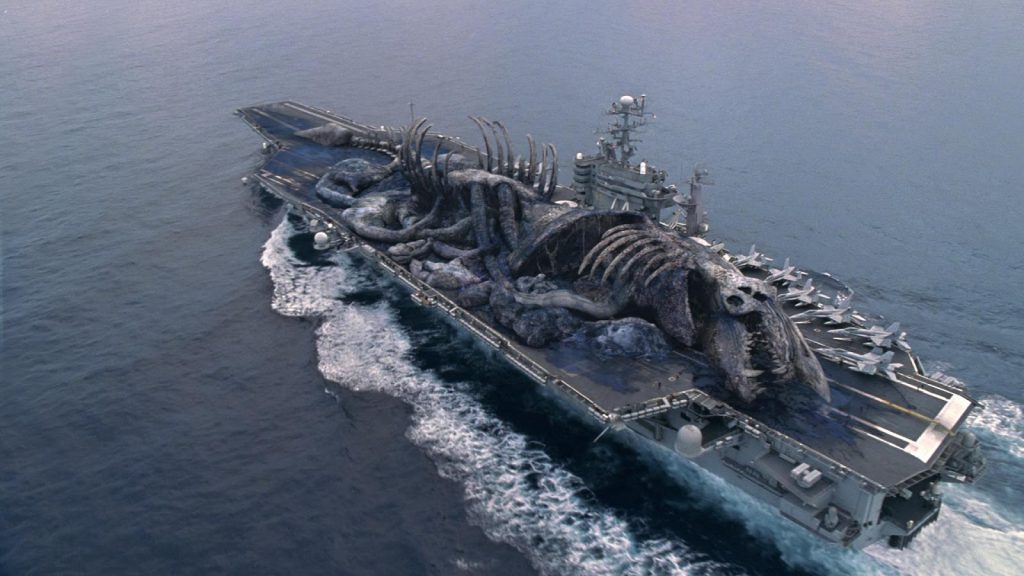 To this end, I implore you all to buy a ticket to check it out. Rewarding a film like Pacific Rim with your hard-earned movie-going dollars will ensure that more of them get made, and foster an environment in which bold and visionary talents like Del Toro are granted carte blanche to let loose in the cinematic sandbox. You can still have your insipid Rolland Emmerich toss-offs and your benumbing Michael Bay bonanzas, but please let us have more flights of fancy by folks like Guillermo Del Toro.

On behalf of movie geeks everywhere, we’re counting on you.