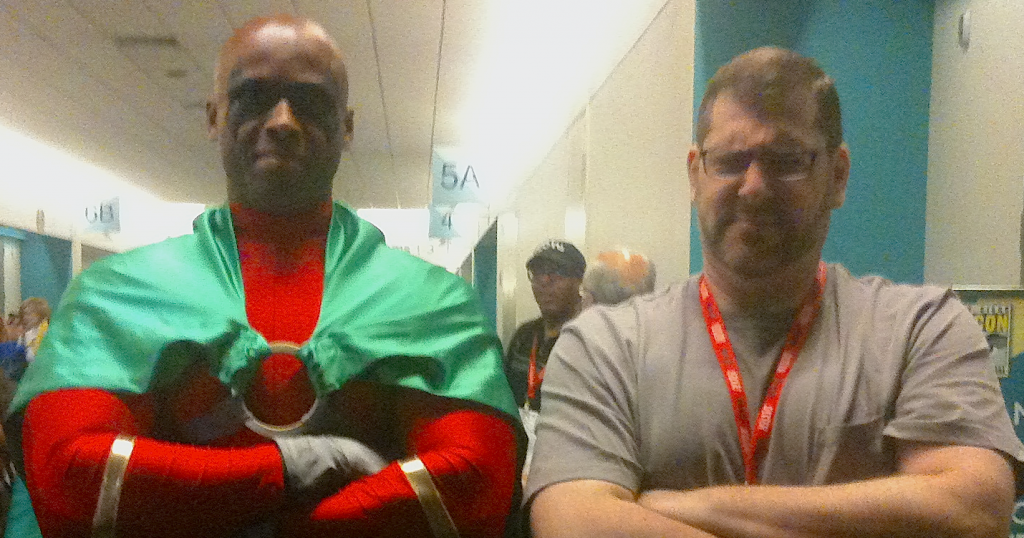 Earlier today, Milestone Comics celebrated their 20th Anniversary with a panel and signing at SDCC.  Noticeably absent, was Milestone co-founder the inimitable Dwayne McDuffie.  We had a chance to talk to Matt Wayne, former Milestone editor and writer as well as longtime friend of Dwayne’s about both the company and the man.

How did you meet Dwayne and how did you become friends?

Dwayne and I went to the same high school, but he was two years older and we weren’t close then. We became friends at the University of Michigan when my buddy and roommate Ted Barton acted in a couple of Dwayne’s student films, and I ended up crewing on them.

It turned out we liked a lot of the same stuff–notably Steve Gerber’s run on Howard the Duck, John Byrne’s run on Fantastic Four, Mike Nichols and Elaine May (separately and together) and the Firesign Theater.

Dwayne had made a Batman parody/Adam West homage the year before and shown it at our high school–a funny one, which wasn’t easy in Super-8, and with lines that still sound well-constructed: “At first I called myself Louisville Sluggerman, then Sluggerman, then finally the name by which I am known today.”

This was 1982–I was 17. Dwayne was a skinny 19-year-old in a CEREBUS FOR DICTATOR shirt, but still had a professorial presence. He spoke in prose that was more economical and reasoned than most writers could produce on paper. He sold jokes to comedians by then, and relaxed by reading at least one book every night.

You came into Milestone as both an editor and writer. What was the experience like?
I worked at Milestone from November 17 1992 to January 10, 1997. And I didn’t have to look up those dates–both are major events in my life. I was there every day the doors were open.

Even though I’d written for Marvel, Archie and others before I came in as an editor, and I’d partnered with Dwayne to write a comic for the U.K., “The Road to Hell,” I didn’t write for Milestone until I’d been there a year. When I did finally ask to try out for a fill-in, Dwayne said he was wondering why I hadn’t asked before.

I ended up writing Shadow Cabinet and Heroes, and coming to love the characters even more.

Milestone was the launching pad for many talented people. Why do you think ultimately it didn’t survive as an imprint? Was it simply ahead of it’s time?
We were initially supposed to be a creative lab, a workshop for diversity. When the first books were a hit, DC re-calibrated their expectations. And when the whole industry started to slump, we were still making a profit but DC thought there were bigger profits to be had elsewhere. That’s how I saw it.

Milestone’s characters live on today in the minds and hearts of their fans as the Comic Con panel this morning will attest. Why do you think that they are so fondly remembered and do you think that we might ever see new Milestone comics, perhaps from a new publisher?

I would love to get to work with those characters again but one of the secrets of entertainment is, it’s really hard not to suck. And whatever form Milestone takes in the future, there’s no guarantee it would be as great as the stuff we did. I’d buy every issue though!

With co-founders Denys Cowan, Derek Dingle, and Michael Davis attending the panel, there will be a noticeable absence with the empty chair of Dwayne McDuffie. 20 years since Milestone formed, what do you think is it’s legacy?
I saw a panel at Comic-Con for independent comics creators. I noticed that five of the six panelists were African American, and it didn’t even feel unusual. It was very well attended–they filled a big room with a very diverse audience. Many of the panelists had told me how much Milestone meant to them. I think that’s our legacy: Milestone inspired many, many creators–and of course we made some amazing comics.

After the jump check out a two page comic that Matt wrote with art by John Paul Leon as a tribute to Dwayne’s passing. 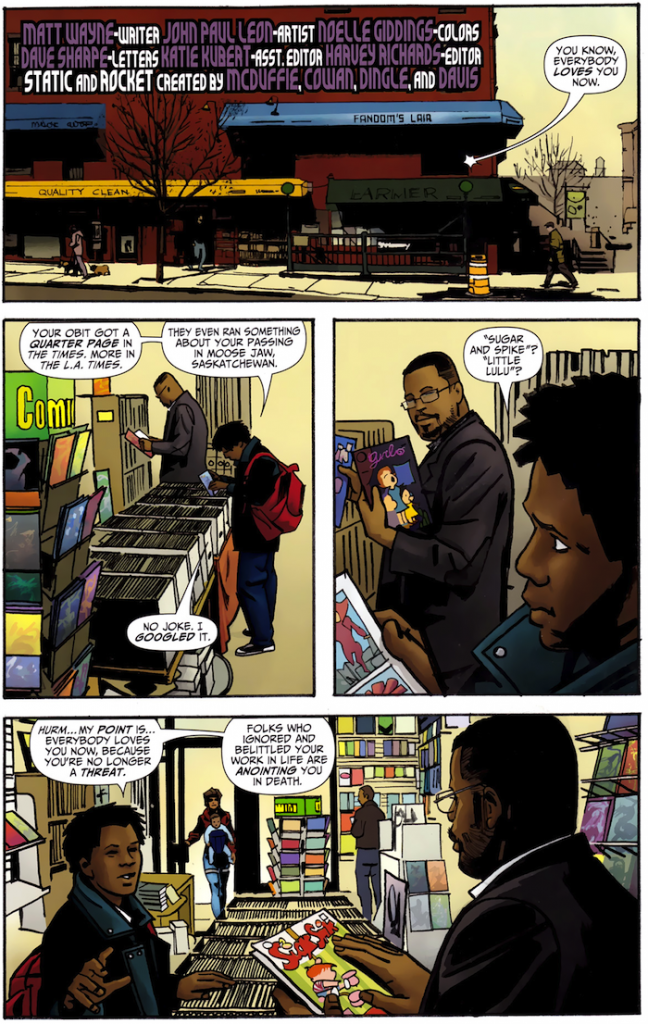 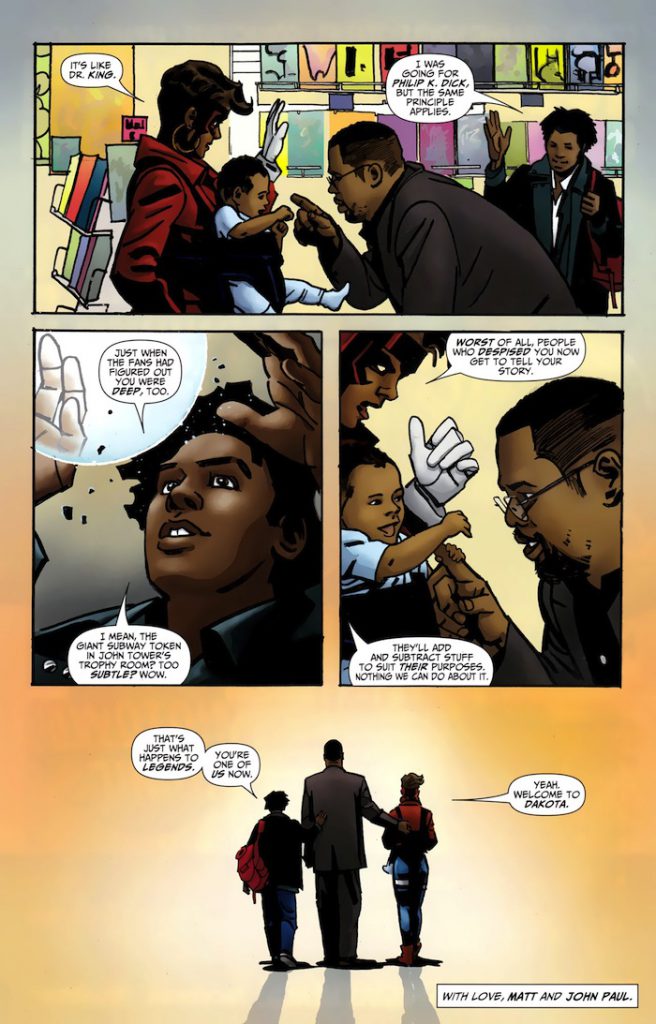