People have been baiting me to critique the new Mickey Mouse cartoons made for the Disney Channel, executive produced by Paul Rudish. I tried to keep quiet, because I thought the one that debuted in March, Croissant de Triomphe, was staged and written like a video game and completely devoid of character. 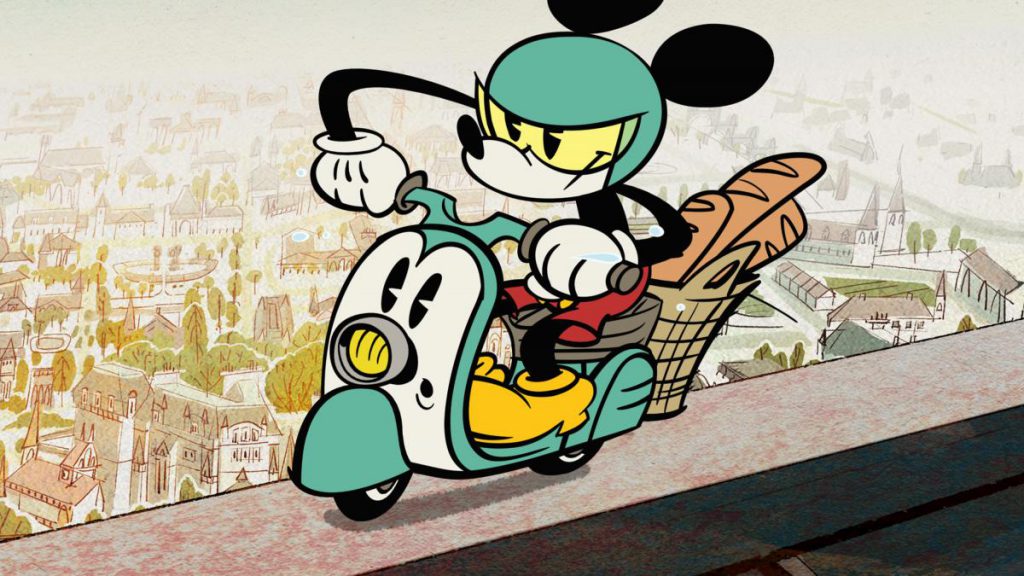 But the subsequent entries that have appeared in the past few weeks, No Service, Yodelburg, and New York Weenie, are significant improvements.

For limited TV animation, these could be far worse. Along with successfully reviving the energetic, Depression era/pre-corporate shill Mickey, there is clever design, drawing, color, staging, and cutting in all of them, much of the merit certainly attributable to uncredited industry stalwarts like Aaron Springer and Stephen DeStefano working on them in some capacity.

True, it’s fairly ridiculous to look at a lot of TV animation under a microscope. Criticizing these shorts, made under a soul-crushing budget and schedule, for art direction mistakes or looking too Flash-y (actually Harmony) and not like Freddie Moore’s portfolio is ridiculous, akin to decrying Rocky & Bullwinkle for not being as well-animated as Bugs Bunny. If the blame needs to be made, it’s on the bloated corporate overlords who’ve decided its most iconic characters aren’t worthy of a bigger bankroll. 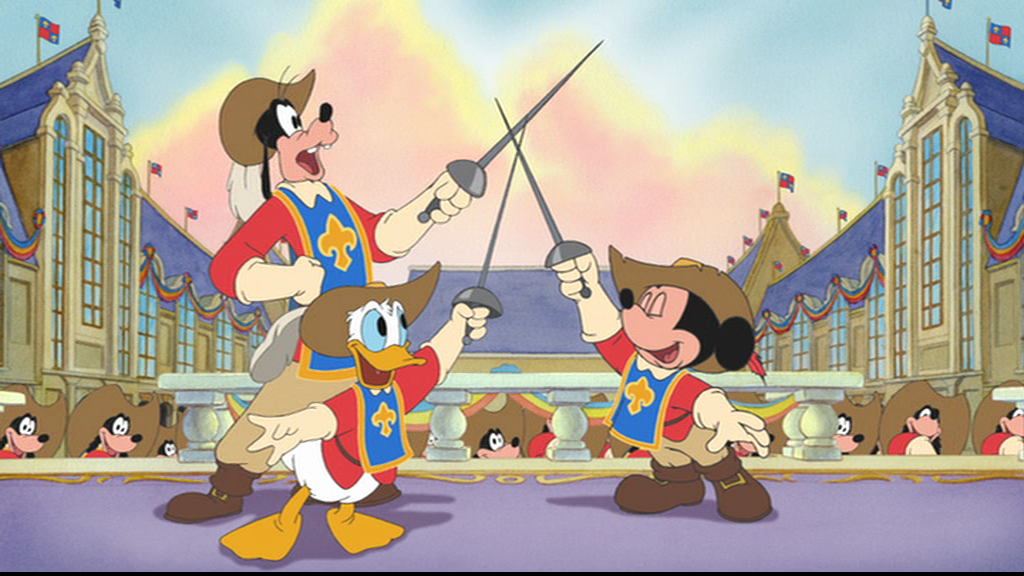 2D animation of Mickey Mouse has been obscenely rare in recent years, the last of which was the 2004 direct-to-video movie The Three Musketeers, another earnest attempt victimized by the animation sausage grinder and studio politics.

Goofy got a sole reprieve in 2007 with the well-received How to Hook Up Your Home Theater, but that short did not usher in a revival of fully animated comedy cartoons like it should have. In the interim, Mickey has only been widely seen in computer animated shows and movies aimed at a toddler audience. The burden is therefore on these new shorts to be an introduction to the characters most kids have only seen in theme parks and on merchandise.

While not in the same realm as what passes for average fare on the Disney Channel, these cartoons are more than likely to be lost in that sea of junk and be as quickly forgotten just as they were made.

Anyone working in TV animation wants and deserves to have more time and money, but these cartoons strike me as particularly disheartening examples of where it could have made all the difference: if Disney had made more of an investment, they could have easily more effectively introduced the characters to a broader, younger audience.

This is, of course, the Disney Company, a behemoth uninterested in long-term common sense or its artists.

Which brings us to the worst thing about these cartoons: the appalling lack of screen credit. The Ottawa based Mercury Filmworks, who animated these cartoons, managed to squeeze a microscopic credit into the titles that you’ll probably have to skip back to see, but that’s it. I had to dig around the various animation news sites or wait for an artist’s “I/my friend worked on this” post to show up in my Facebook feed to find out who did what.

Why is this happening?

Is it 1940 and animation artists are once again denied the meager opportunity to be blamed for a cartoon’s success or failure (which was probably beyond their control anyway)? With hotshot Disney feature folk being laid off without any residuals and the amazing technology at hand only being used to express conciliatory memes and hash tags, it certainly seems so.

And rest assured, Bob Iger and his underlings like it that way.

After the jump check out all four of the new shorts.

Mickey Mouse in No Service

In this article:Animation/Anime, Art/Design, Disney, Op/Ed, Written by Thad Komorowski