Humanoids, the graphic novel publisher of European authors such as the legendary Alexandro Jodorowsky and Mœbius, and American creators such as John Cassaday and Terry Dodson, has launched it’s own online store.

A one stop location for readers who are not lucky enough to have a local comic book store carrying their books, the Humanoids Store also offers special features such as a FREE DIGITAL COPY of the equivalent hard copy item purchased, or even exclusive items such as: 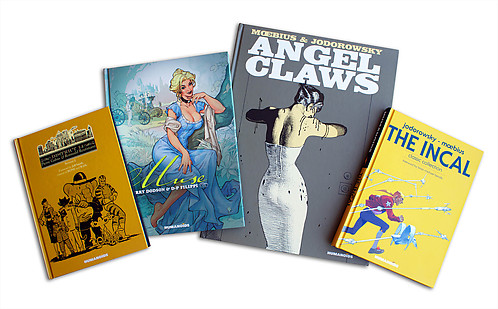 And to celebrate the launch, we’re teaming up with Humanoids to offer Forces of Geek readers a 10% promotional discount code (RRZ8518)
valid on any one purchase made at the Store through August 18th, 2013

This is a great opportunity to pick up one or more of our recent hits, like Terry Dodson’s MUSE, or classic bestsellers from Alexandro Jodorowsky (THE INCAL, THE METABARONS), among many others.