It’s with a heavy heart that I discuss the recent passing of Jim Kelly.

Born in Paris, Kentucky, Kelly’s film career was a bit of a fluke. He taught karate to Calvin Lockhart (The Baron) for the film Melinda and ended up getting a small role in the film.  His big break came when a last-minute replacement was needed for Robert Clouse’s Enter the Dragon — Bruce Lee’s final finished film and Kelly’s first.  Kelly’s natural charisma and karate abilities lead to a series of films including his tour de force as the star of Blackbelt Jones. 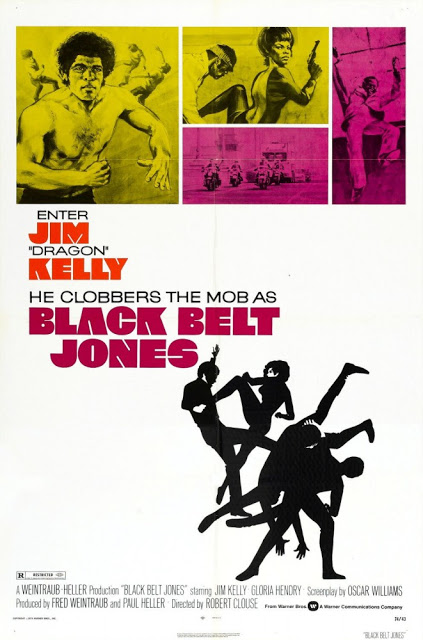 Kelly’s subsequent turns as Jones in Hot Potato and The Tattoo Connection would not fare so well.  Along with works like Black Samurai and Death Dimension, Kelly tried his best to be a badass action hero in some truly forgettable fare.

Kelly would team up with two of Blaxploitation’s biggest stars, Fred Williamson (Hammer) and Jim Brown (Slaughter), for a few films including Three the Hard Way, Take a Hard Ride, and One Down, Two to Go. 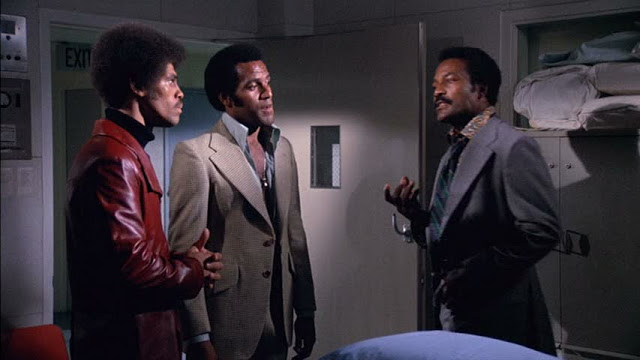 Kelly’s introduction in Three the Hard Way as Mister Keyes (“What kind of first name is that, ‘Mister’?” “My momma wanted people to show me respect.”).

In the early 1980s, Kelly retired from the Hollywood scene, only taking the occasional minor role in some forgettable films.  An avid athlete, Kelly would go on to become a professional tennis player on the USTA Senior Men’s circuit.

Despite invitations to return to the silver screen, he turned down roles in Blaxploitation reunion films like I’m Gonna Git You, Sucka and Original Gangsters.

Kelly took to the convention circuit in 2009 where he was greeted by throngs of fans.  I’m not one to get autographs or my picture taken with stars but I waited in line for over an hour with young and old admirers just to tell Mr. Kelly how much I admired his work. 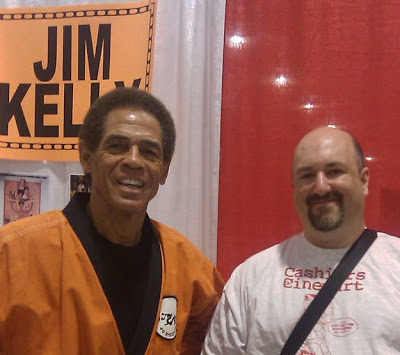 Mike White is the co-host of The Projection Booth podcast.