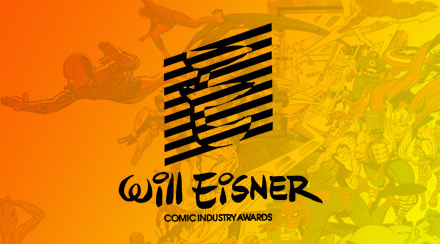 2013 marks the 25th Anniversary of the Eisner Awards, which are considered to be Comics Industry’s equivalent of the Oscar Awards.

Named after legendary writer/artist Will Eisner, the award ceremony was held last night at the San Diego Comic Con.

Full list after the jump and congratulations to all of the winners!

Single issue (or one-shot): “The Mire” by Becky Cloonan (self-published)

Short story: “Moon 1969: The True Story of the 1969 Moon Landing” by Michael Kupperman, in “Tales Designed to Thrizzle” No. 8 (Fantagraphics)

Publication for teens: “A Wrinkle in Time” by Madeleine L’Engle, adapted by Hope Larson (FSG)