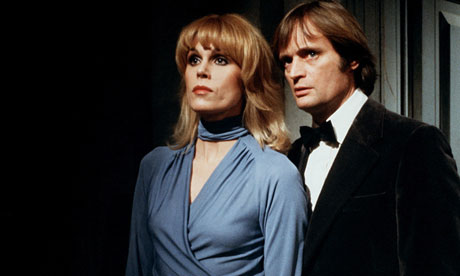 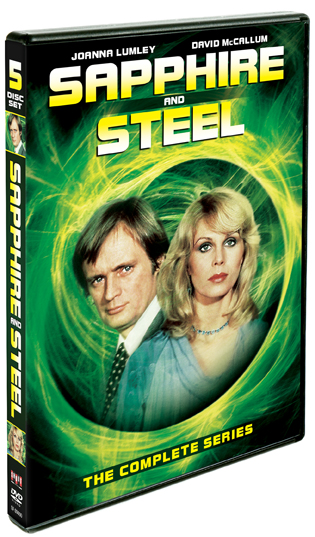 “All irregularities will be handled by the forces controlling each dimension. Transuranic, heavy elements may not be used where there is life. Medium atomic weights are available: Gold, Lead, Copper, Jet, Diamond, Radium, Sapphire, Silver and Steel. Sapphire and Steel have been assigned.”

So begins each episode of the enigmatic British Sci-Fi Series Sapphire and Steel. On August 27th, 2013, Shout! Factory is pleased to present Sapphire and Steel: The Complete Series featuring all 34 episodes from the inscrutable cult favorite.

Originally airing from 1979 to 1982 on British television network ITV, Sapphire & Steel is a cult classic series in the vein of Doctor Who and The X-Files, with a fan base that continues to grow more than three decades after its debut. Shout! Factory is pleased to present the entire series to both longtime fans as well as those admirers of intelligent sci-fi who are discovering Sapphire & Steel for the first time. Fans can pre-order their copy by visiting ShoutFactory.com

When time itself is threatened by the forces of evil, it’s time to call on Sapphire & Steel! Joanna Lumley (Absolutely Fabulous) and David McCallum (The Man from U.N.C.L.E.) play the two inter-dimensional agents charged guarding the order, if not integrity, of time. Their atmospheric and innovative adventures form one of the most unconventional science-fiction series ever created.