I decided that this week’s introduction to my Venture Brothers review should not be about the show itself, but rather my own pet project:

“The Fast Lane is for Passing.”

I’m bringing awareness to everyone that the far left lane on the freeway is called the passing lane. So if by chance someone is close behind you in the passing lane, please move to the right so that person may pass you.

Because of those unaware, men and women all over the country are stuck at a snail’s pace and unable to get home in order to write a review for The Venture Brothers until 11:30 pm. Those unfortunate souls are left in white-hot fury and forced to guzzle two energy drinks in order to turn their articles in on time. 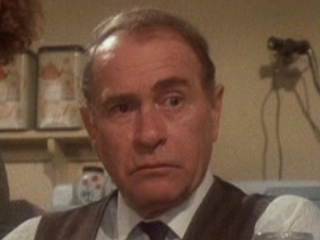 So please, remember what T.F.L.I.F.P.’s spokesman, Darren McGavin from A Christmas Story, says: “Sons of bitches! Naddafinga! GET THE FUDGE OVER YOU BUMPUSES!”
(This applies to you, 1986 Ford Escort on the 101 freeway)

This episode really focused on the Venture Brothers: Hank, Dean and Dermott. Well, Dermott is a Venture half-brother but you get what I’m saying. 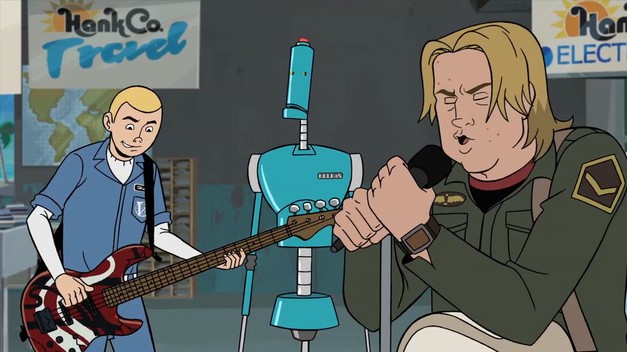 The show starts with Hank and Dermott practicing their band Shallow Gravy in full swing, leaving Dr. Venture to wonder about the friends’ strange idea of band costumes. Not to be outdone, the ever morose Dean is now speaking lovingly to an unknown on the Venture house phone; leading Dr. Venture to assume that Dean has a new girlfriend. 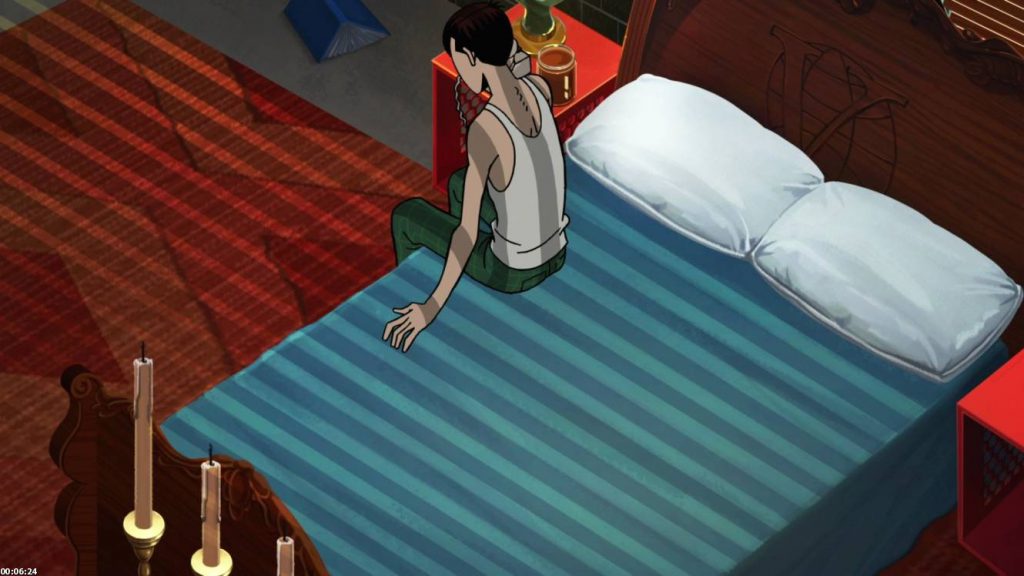 Meanwhile, we discover that Dr. Venture continues to have nightly calls with “Teddy,” a Teddy Ruxpin-esque toy that the Doc grew to truly love during his capture in a past episode “Every Which Way but Zeus.” It appears that Hank and Dermott have been calling Dr. Venture and keeping him busy conversing with the toy so the two friends cam leave the Venture compound.

Unfortunately, this backfires for Hank and Dermott. Venture now has it in his head that Teddy is kidnapped by the evil “Grumpy Bandersnatch” and taken to Bygolly Gultch. Overcome with guilt, Hank finds out not only does Teddy exist, but he is a supervillain locked away in Dunwich Asylum for hugging Ronald Regan too hard.

Hank decides to team up with Henchman 21, H.E.L.P.E.R., and Dermott to find the REAL Teddy for a genuine conversation with his dad. 21 convinces Dean that the only way to get into Dunwich is to be supervillains, commit a crime, and then get arrested. So the four embark on a hilarious bank robbery as supervillains: Dean is now the mustachioed “Enrico Metassa” (literally translated as “Hank Hank’), 21 is back as “The Viceroy,” Dermott is “Flying Side Kick,” and H.E.L.P.E.R. is “Crime Robot.” 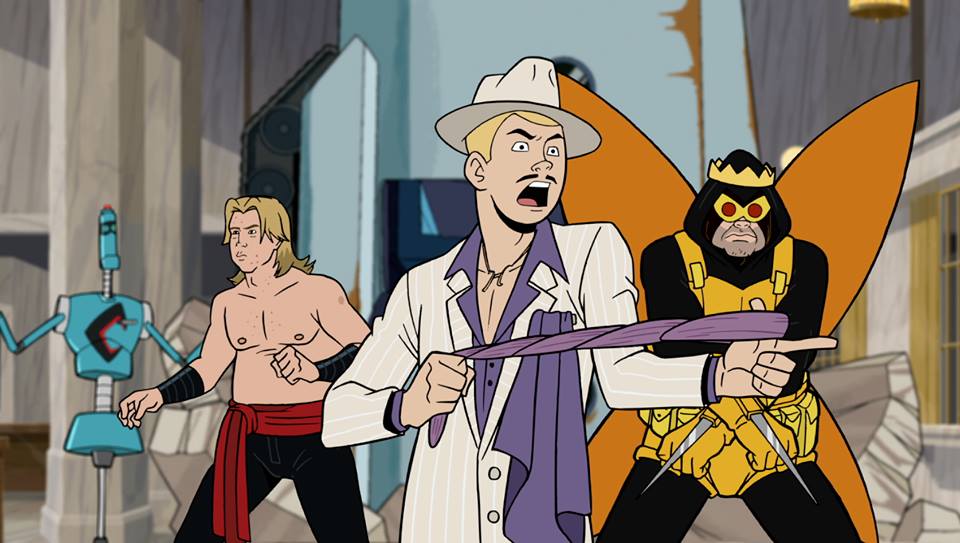 We then find Dean in Dunwich Asylum waiting to meet the mysterious person he’s been speaking to nightly. It’s quickly revealed that the voice on the other end is Myra Brandish, Dr. Venture’s crazed ex-bodyguard (last seen in the episode “I Know Why the Caged Bird Kills”). Dean is convinced that she is the Venture Brothers’ mother and he wants to have a relationship with her. 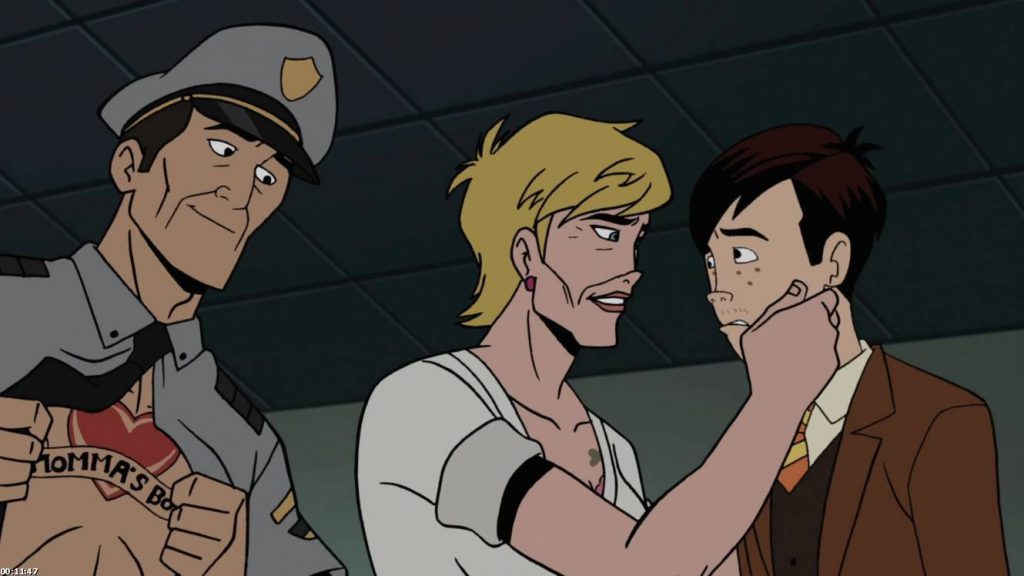 Dr. Venture and Sgt. Hatred embark on a road trip to find Bygolly Gulch. They have a few entertaining moments figuring out how to use the map function on Hatred’s vPhone; Jonas Venture’s newest invention.

Enrico Metassa, The Viceroy, Flying Side Kick and Crime Robot are quickly apprehended by the police during their robbery, triggering 21 to evoke his rights as a henchman with the Guild of Calamitous Intent. The police decide to send both 21 and Dean to Dunwich, but choose to send Dermott and H.E.L.P.E.R. to a normal jail.

Dr. Venture and Hatred notice that the road to Bygolly Gulch appears to look worse every mile. When Dr. Venture finally questions why things look so crappy, Hatred realizes that he typed “Bygone Gulch” and not Bygolly Gulch.” As Dr. Venture starts to complain, their transport flips and crashes on a cliff edge a stone’s throw from Dunwich. Stuck on the cliff with no escape, the two decide to confess their worst secrets. Hatred reveals he was an O.S.I. traitor and Venture reveals that Dermott is his child. 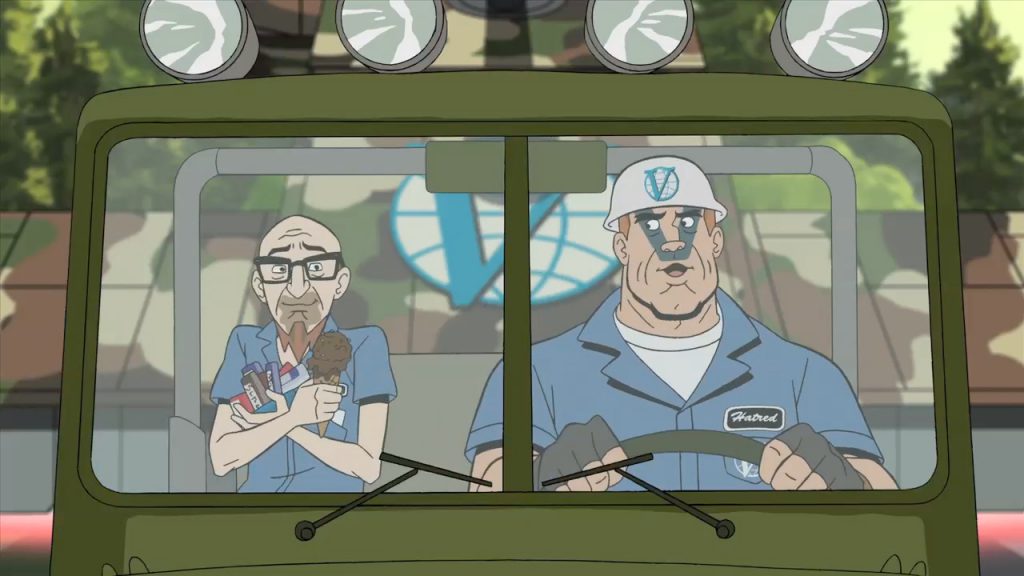 Toiling away in a normal prison, H.E.L.P.E.R. and Dermott finally get their phone call. When Dermott tells H.E.L.P.E.R. that he doesn’t know who to call, the robot suggests in H.E.L.P.E.R. speak (which Dermott realizes he can now understand) the he contact Dr. Orpheus telepathically. Orpheus appears within seconds, noting that for some strange reason he felt a Venture contacting him; places the police officers in a deep sleep; and, wipes Dermott and H.E.L.P.E.R.S.’ records from the station’s computers. Later, Dermott inquires what Orpheus was talking about and Orpheus simply restates what he said earlier: he felt a Venture was calling for him. Dermott suddenly makes the deduction that Dr. Venture is his real dad.

Back at Dunwich Asylum, Myra finally hypnotizes all the supervillains using “Momma Tattoos” and quickly takes over. She reveals her plan to transport Dean into her womb and then give birth to him like she should have. Hank, now being held at Dunwich, calls shenanigans at her comment and convinces Dean that Myra was never their mother and Dean agrees. The Venture Brothers break the hold Myra had on the other prisoners and stop the riot. The confusion gives the Venture Brothers, 21, and the prisoners a chance to escape the asylum. 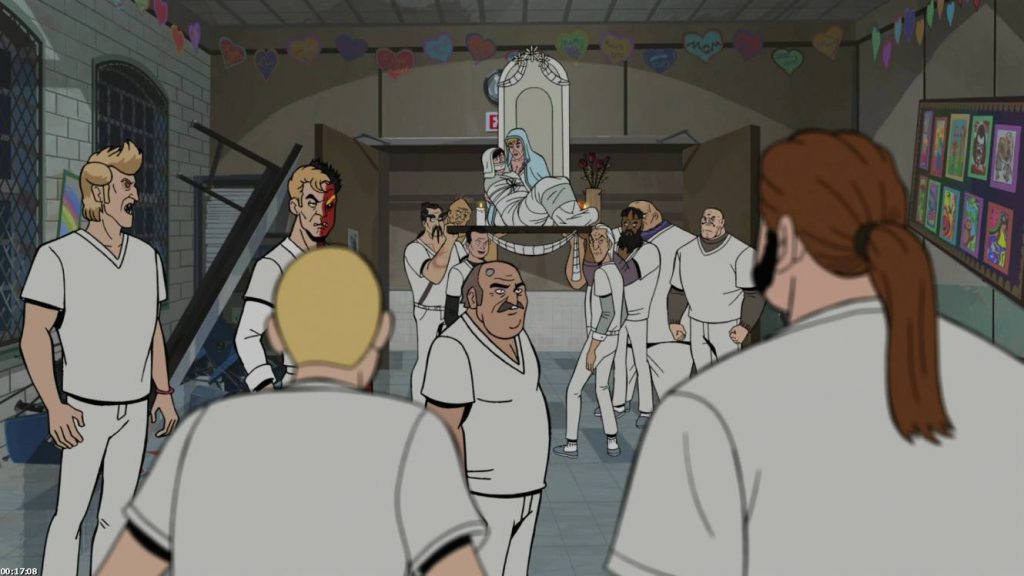 As Venture and Hatred’s transport inch closer to the edge of the cliff, they’re suddenly pulled to safety by the real Teddy (having escaped from Dunwich).

Venture has a happy conversation with Teddy and part ways, Hand and Dean end up closer as brothers, and Dermott leaves the Ventures with their jaws dropped after calling the Dr. Venture “dad.”
This was a very interesting episode. Although the usual flair the viewer is used to was almost non-existent, it was satisfying nonetheless.

I felt the meat of the story were two things:

The first is the boys growing as people and coming closer as brothers. Finding out that they still don’t know who their mother is surely strikes a blow to both of them (Dean more than Hank), but having worked together to come to that conclusion definitely strengthened their relationship.

The second was Dermott finally realizing he’s a member of the Venture clan. It was fun seeing his reaction to the epiphany in Dr. Orpheus’ car, only to reveal his knowledge to the Venture family in his usual, laissez-faire way.

Not a huge action and pop culture-packed episode, but meaningful to any solid Venture fan. Like many of the episodes this season thus far, it makes me wonder where the family is going to go from this point on… and that’s a good thing.

So until next week: GO TEAM VENTURE! 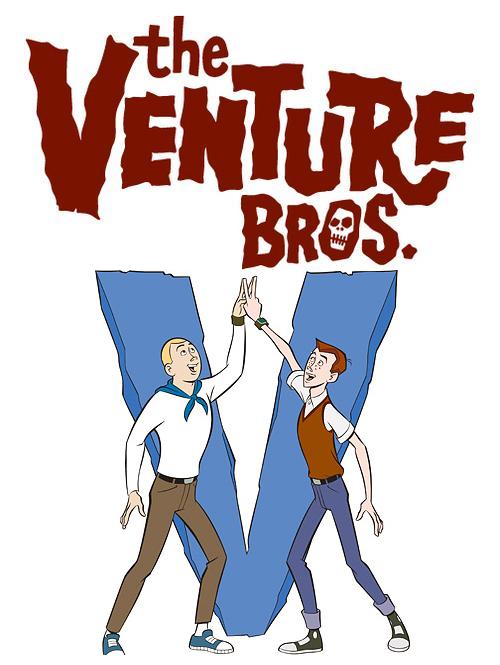