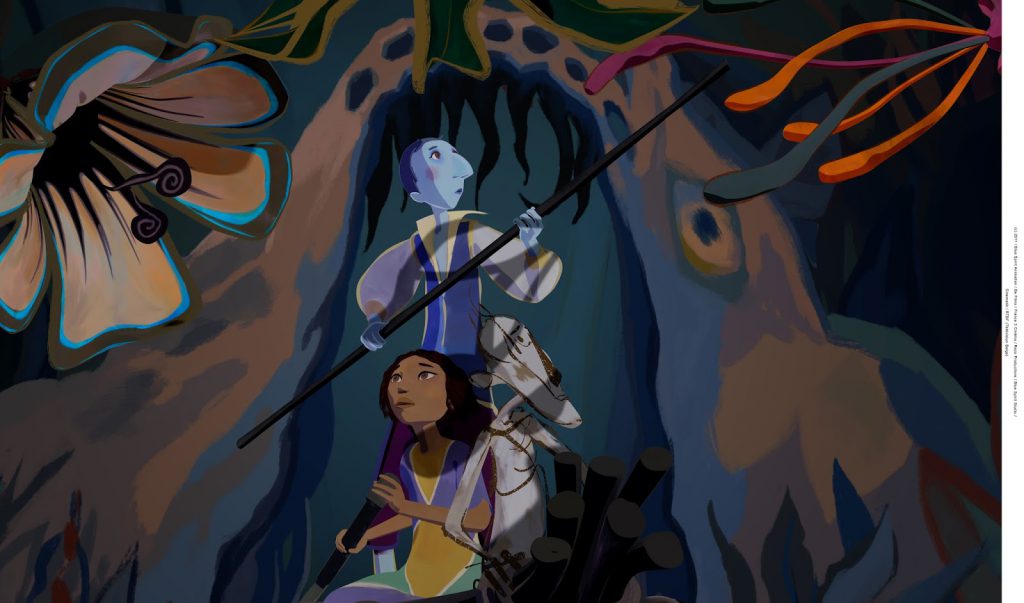 Not only is the trailer for the Cesar Award nominated The Painting one of the most visually exciting trailers I’ve seen in some time, but it’s also a testament to the strength of animation as a powerful storytelling medium.

Directed by Jean-François Laguionie, this film is appropriate for viewers of all ages.

In this wry parable, a kingdom is divided into the three castes – the impeccably painted Alldunns who reside in a majestic palace; the Halfies who the Painter has left incomplete; and the untouchable Sketchies, simple charcoal outlines who are banished to the cursed forest. Chastised for her forbidden love for an Alldunn and shamed by her unadorned face, Halfie Claire runs away into the forest. Her beloved Ramo and best friend Lola journey after her, passing between the forbidden Death Flowers that guard the boundaries of the forest and arriving finally at the very edge of the painting – where they tumble through the canvas and into the Painter’s studio. The abandoned workspace is strewn with paintings, each containing its own animated world – and in a feast for both the eyes and imagination, they explore first one picture and then another, attempting to discover just what the Painter has in mind for all his creations.

The film is currently available on iTunes and Amazon Video.