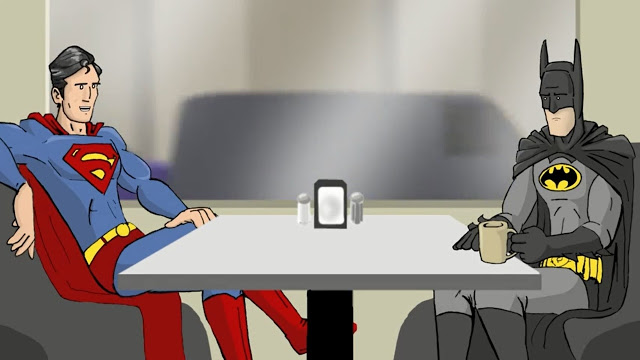 I’ve probably said this before but it bares repeating, when I was in my late twenties/early thirties my Friday nights were spent playing Texas Hold ‘Em until 2 in the morning followed by a visit to the local Pankake Palace Diner where myself and my fellow nerds would get into passionate debates over various Superhero characters (which would usually dissolve into verbal spats and threats of bodily harm).

And this particular Super Cafe episode reminds me of that particular time in my life so well, that I teared up a bit.

God I miss screaming about the racist undertones of Apache Chief over hash browns covered in cheese sometimes.

Animation after the break.