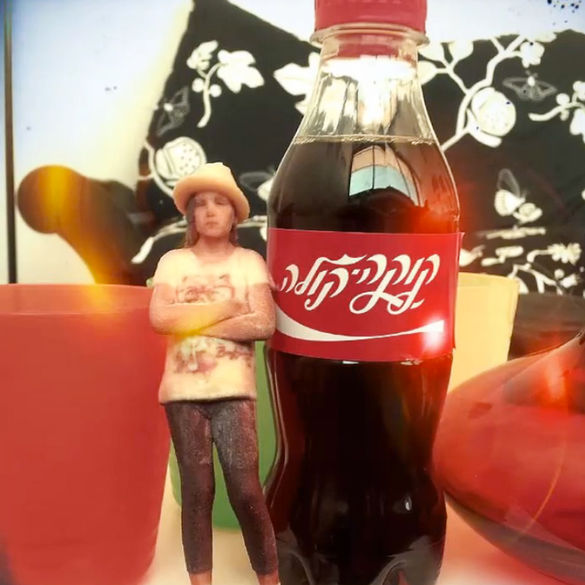 To promote their line of mini coke bottles, Coca-Cola Israel put together a contest where fans of Coke could try and win a 3-D printed mini version of themselves (people could download an app where they would construct their own “Mini-Me” versions via different virtual outfits and backgrounds and sending the pics to Coke where the winners would be chosen).

Those winners were then put into a 360 degree scanner and a 3-D mini version of themselves popped out from the printer to their delight.

So why don’t we here in the US get shit like this? Are we only worthy of a smudgy code on the bottom of a bottle cap that we then have to go online to find out if we won something stupid?

Do you know what I would do to get a 3-D version of myself printed?

The same thing I usually do for a mixed drink…and it ain’t pretty.

Video of the contest after the break.