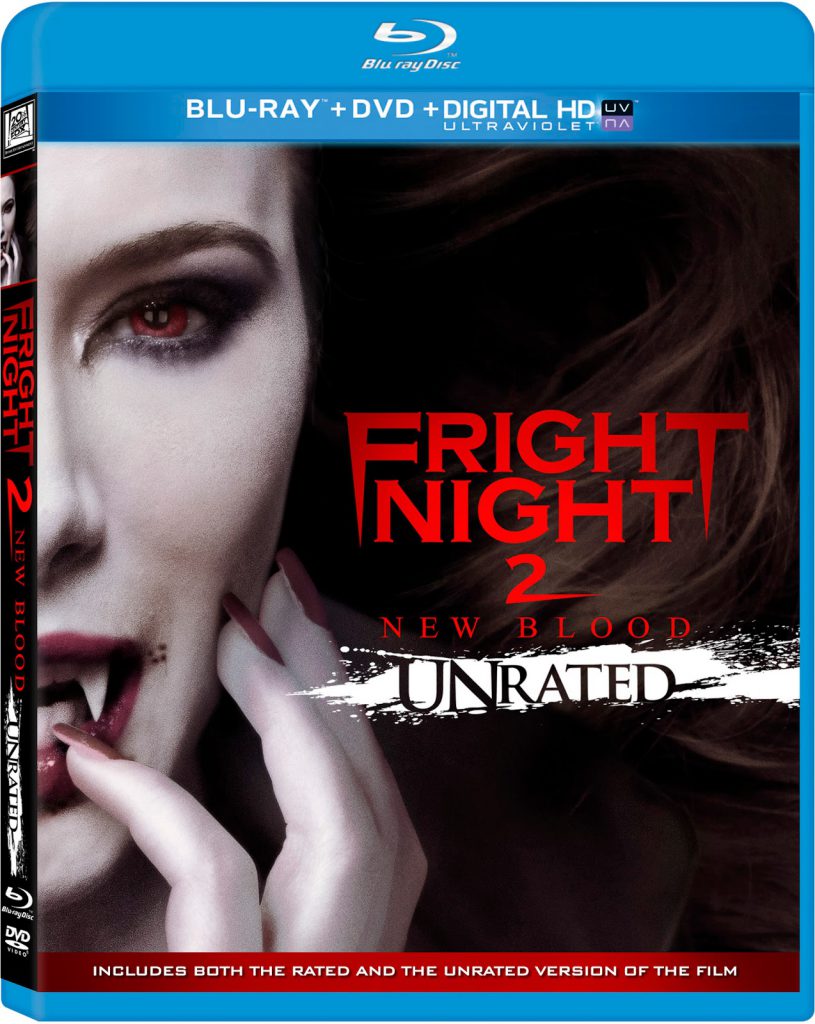 Apparently this one has nothing to do with the 2011 remake starring Collin Farrell and David Tennant, Fright Night 2: New Blood seems to have vampire Jerry Dandridge reimagined as a femme fatale, “Gerri”, a sexy professor, who by night, transforms into a real-life vampire with an unquenchable thirst for human blood. So when a group of high school students travel abroad to study in Romania, they find themselves ensnared in Gerri’s chilling web of lust and terror. Charley and “Evil” Ed must stop Gerri from drinking and bathing in the blood of a “new moon virgin,” which just so happens to be Charley’s ex-girlfriend, Amy. They enlist help from Peter Vincent, the vampire hunting host of a reality show called “Fright Night,” to drive a stake through Gerri’s plan and save Amy from a fate far worse than death.
With Charley Brewster, Evil Ed and Peter Vincent all appearing, it seems though this one is a completely new take on the franchise.

Check out the trailer after the jump.  Fright Night 2: New Blood arrives on Blu-ray and DVD on October 1st.