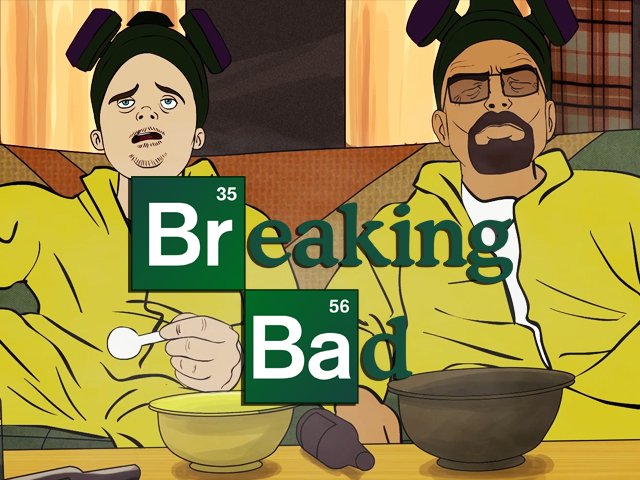 As the countdown to the final season of Breaking Bad continues, would you like to see six ways the show would never end? Everything from Doc Brown’s DeLorean to the most expensive neurological procedure known to man are proposed for Breaking Bad‘s highly anticipated season six finale that can be seen in a new video on Machinima’s HappyHour channel.

These six absurd endings for Breaking Bad are here in this HappyHour original animated short. Known mostly for video game parodies, Machinima’s HappyHour brand is beginning to broaden its scope to include television and movie parodies as well.