Among the most curious subgenres in 1960s film is the “monster nudie.”

This subgenre can be hard to define, since many films of the 60s combined horror with nudity and humor.  But let’s confine ourselves to the films that were clearly derived from their groundbreaking predecessors: “nudie cuties.” 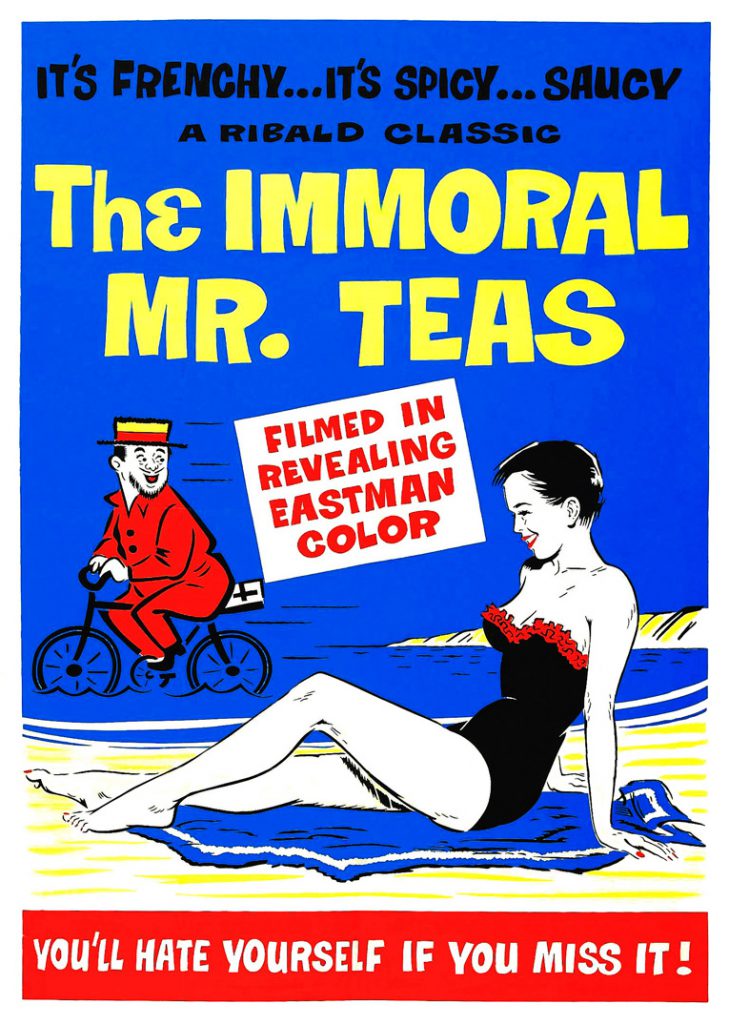 Nudie cuties, beginning with Russ Meyer’s IMMORAL MR. TEAS in 1959, had a clear formula: (1) a nerdy middle-aged Peeping Tom for a nominal protagonist, (2) nudity on screen for up to half the running time, (3) genitalia obscured by strategically placed barriers or objects, (4) a steady stream of jokes and double-entendres, and (5) nobody (or almost nobody) touching anybody else.  Nudist camps and strip bars were common locations.  Dozens of the films – or hundreds if you count the shorts – appeared in the 1960s.  Their heyday was 1961-1962.

By 1963, the films were in decline, due in part to competition from beach party movies.  But some nudie cutie producers, such as exploitation king Harry H. Novak, realized that they could renew their audience’s interest by spicing up the nudity and comedy with a little horror.  Even Ed Wood (of PLAN 9 fame) got in on the action.

So here are the “monster nudie” films of the 1960s.  Don’t watch for pornography; instead, watch for kookiness and camp.  I write more about all these films in my Claws & Saucers film guidebook, but I hope you’ll enjoy the brief comments and links below (and FYI, they are likely NSFW). 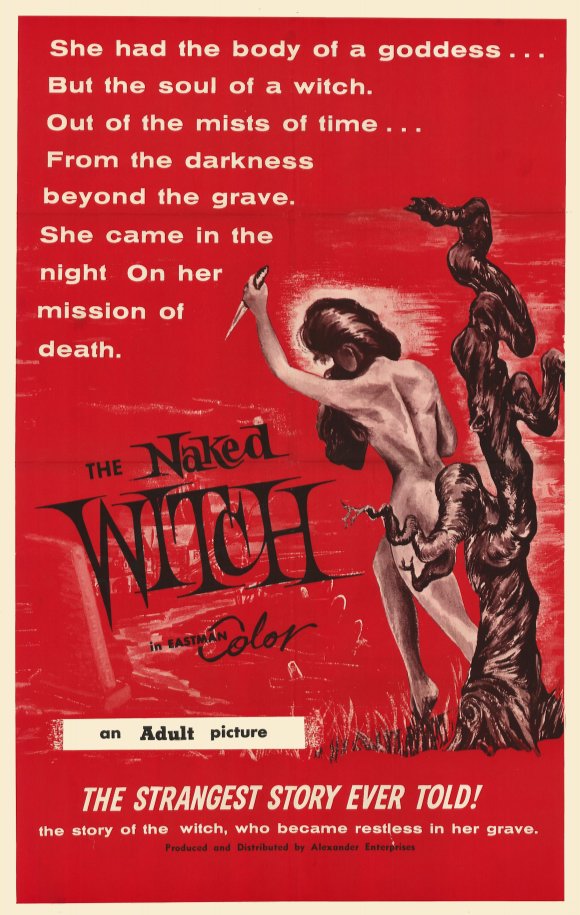 This one doesn’t really fit the pattern (it has only about one minute of real nudity, for example), but let me mention it as an important predecessor.  The resurrected witch spends most of her time trying to seduce our young hero.  She uses almost no magic but stabs a couple of people with a spike.  It’s not bad, and the witch is memorable.  Director Larry Buchanan later made MARS NEEDS WOMEN. 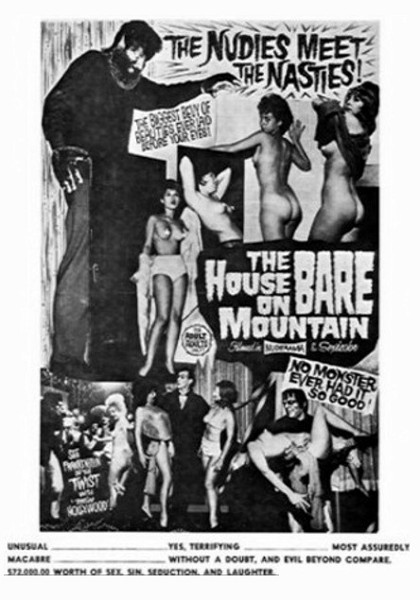 Comic nudity is the main point, with half the film consisting of topless girls at a nudist camp alongside tongue-in-cheek narration from a drag queen named Granny Good.  The three monsters – a werewolf, Dracula, and Frankenstein – stalk a few victims and stir up some mischief.  They add up to little.  But the very presence of the monsters makes this the first real monster nudie. 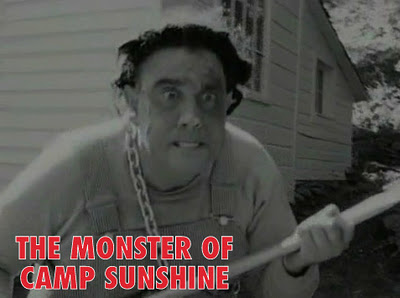 Apparently, some New York hipsters made this film as a joke.  It’s both a parody of and an example of a monster nudie.  The “monster” is really a crazy mutated gardener, and the “camp” is really someone’s backyard.  But the girls are pretty and the humor is smart.  Music plays almost constantly, with most dialogue (or narration) coming to us as intertitles.  Nothing like it. 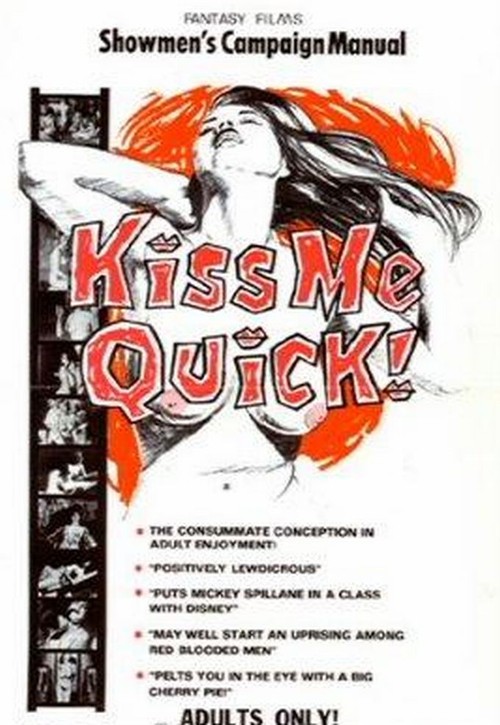 This Harry Novak production set the monster nudie standard by actually making the horror (or sci-fi) elements interesting in themselves.  Comedy and nudity are still the main appeals, but the strange machines and potions of Dr. Breedlove’s dungeon laboratory are close behind.  The nerdy older Mr. Teas type is an effeminate alien.  Well written, well assembled, with several pretty girls. 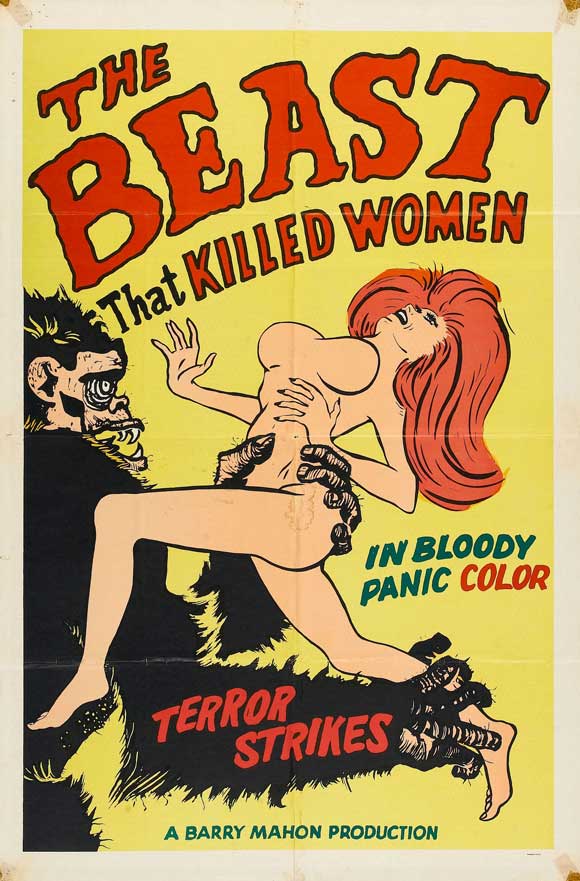 This is the only monster nudie that I recommend skipping.  It’s slow and boring, and the gorilla monster only claims one victim.  The cast, including the narrator-hero, seems to be having fun at the nudist colony, but because there is so little action, the picture isn’t much different from any run-of-the-mill nudist camp films of previous decades. 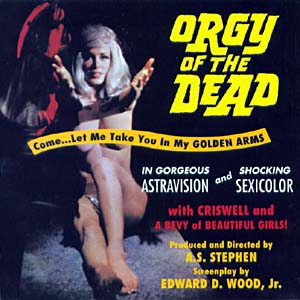 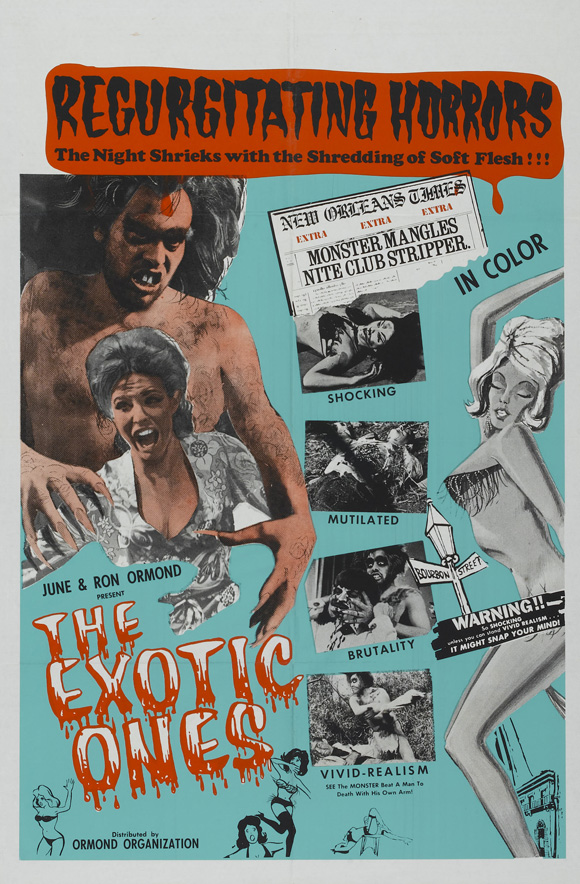 Writer-director Ron Ormond, his wife, and his son all have prominent roles in this nutty and upbeat exploitation film.  Although it takes place in and around a strip bar, it has little outright nudity.  It’s got songs, dances, fast-talkin’ con men, and even some good gore when the monster (a mutated cave man) claims his victims.  MONSTER AND THE STRIPPER is the most “monster” and least “nudie” of its type.

…And that’s actually it for this little subgenre.

Eventually, these monster nudies gave way to more explicit fare such as DRACULA THE DIRTY OLD MAN (1969), PLEASE DON’T EAT MY MOTHER (1971), or THE BEAUTIES AND THE BEAST (1974).  But the earlier films are more fun.