I’m at my BFF Claire’s house to watch the awards because I don’t have cable anymore.

She has a bottle of wine because we will need it. This is going to be interesting because I have NO idea who these kids are that we’re seeing during the pre-show bullshit.  They all look like they’re 12 or 13.  Oh there’s Pharrell and a bunch of Black kids riding BMX bikes.  Why?  Is that supposed to be a cool entrance?

Oh, and I see that Sway is STILL working at MTV.  Didn’t he cut his locs?  He’s still wearing that big-assed hat, what’s up under there if he’s got no hair?

WOW I FEEL OLD – WHO ARE THESE KIDS?

Okay, Lady GaGa is on to open the show. She comes out in an all white outfit, looking like a nun, but instead of a Habit, it’s a big, white rectangle surrounding her face. It’s the TV debut of her new song, and I can’t understand a WORD she’s saying, but it’s catchy and she now has the world record of fastest changes EVER! 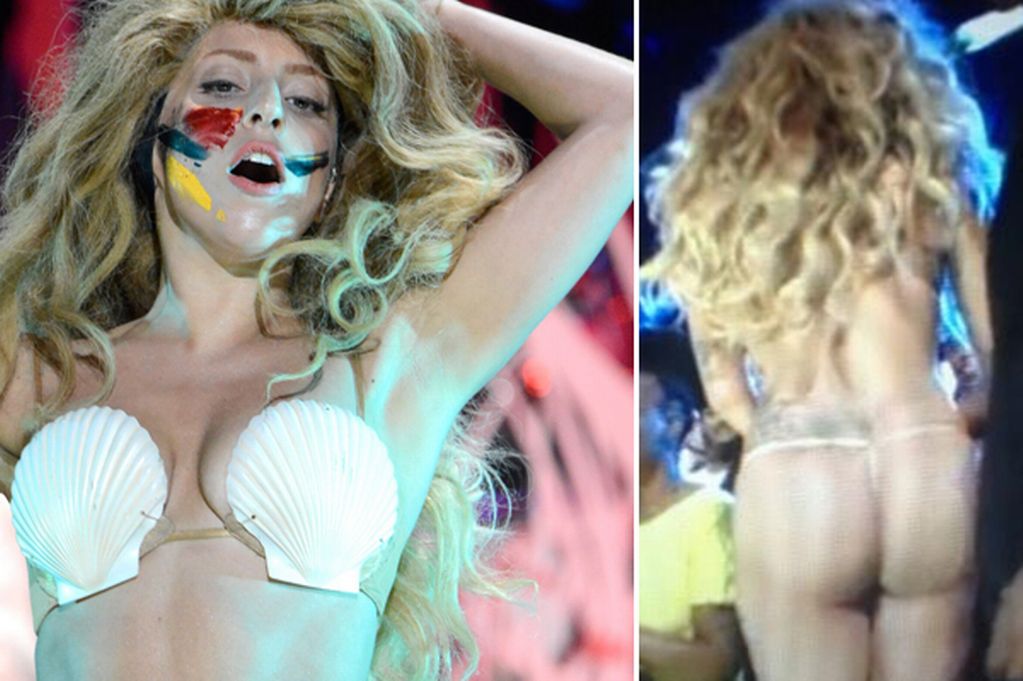 She did some “arty” stuff by getting colored paint smeared on her face (get Bowie on the horn!)

Eh, this was just okay I guess. 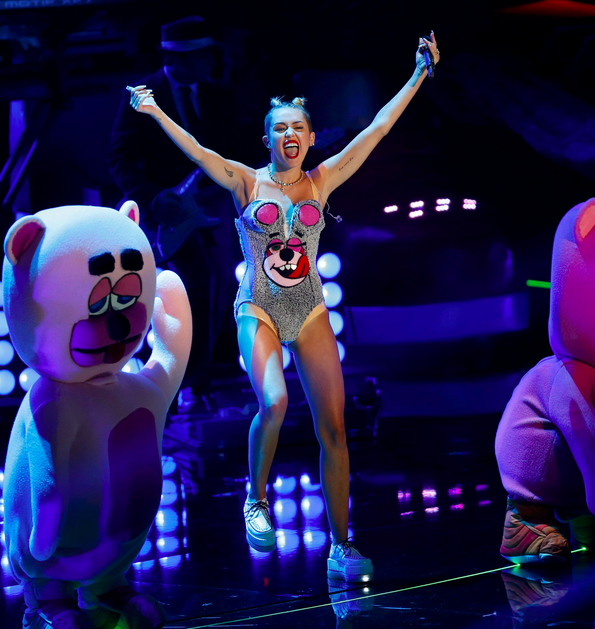 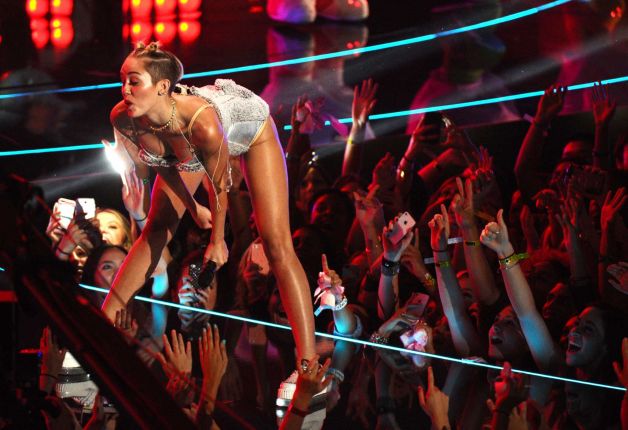 Her back-up dancers have giant teddy bears strapped to their backs, what is that for?

There’s a big Black woman walking around with skin tight black & white striped leggings on, throwing candy to the audience. WTF this this?  Are we supposed to feel like we’re in a strip club?  Oh Miley, you’re so boring.

Now they’re doing a mash-up? THIS STINKS! I have NO IDEA what’s going on right now. Shit.  Why is he doing this? 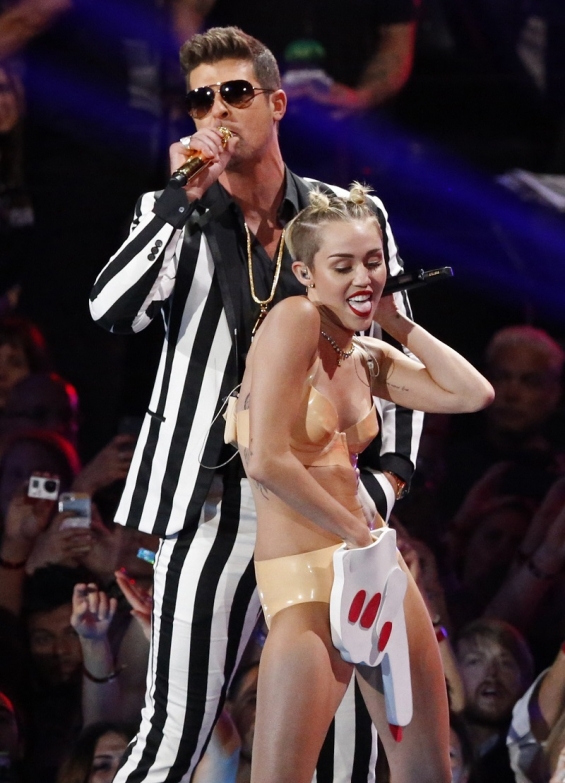 His press is bad enough because of that lawsuit.  And he looks paunchy with his shirt tucked in.  My sister thinks he’s stress eating. 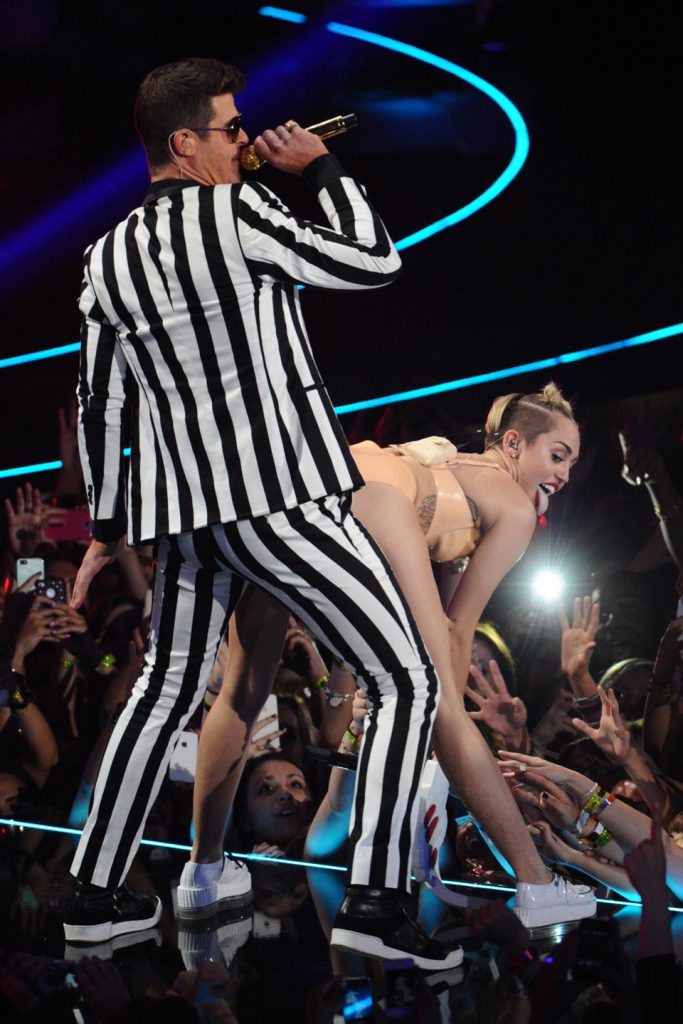 oh SNAP, here’s ‘Lil Kim to introduce it, wait, is that Janet Jackson? 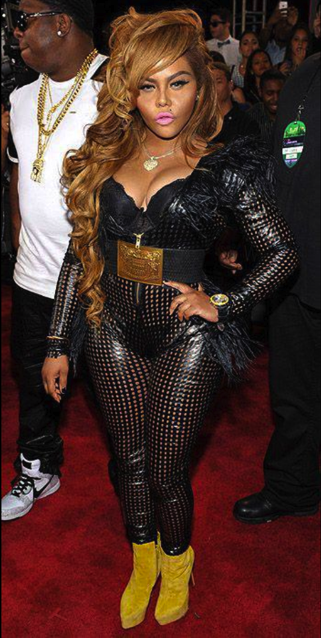 HER FACE! HOLY SHIT!  Lordy, what has she done?

Okay, the winner is MACKLEMORE AND RYAN LEWIS! WHAT?  Is this the first time that a White guy won this award?

JARED LETO? What in theee hell? You look like a Calvin Klein ad from 1994, except for the pants or whatever they are.  Can any of you name a song by his band 30 Seconds To Mars?  I sure can’t.  He was a good actor. He introduced KANYE WEST who REALLY needs to lay off the Auto Tune – ENOUGH ALREADY.

That was a yawn.  I’m on my 3rd glass of wine.  Can you tell?  I wonder if Puff Daddy is watching this and laughing.  Remember when he used to make this show an EVENT?

What’s with his shirt? Is it a Dickie? This medley of his hits since 2002 is taking too long it’s been 10 minutes already. THE SHIRT, WTF? 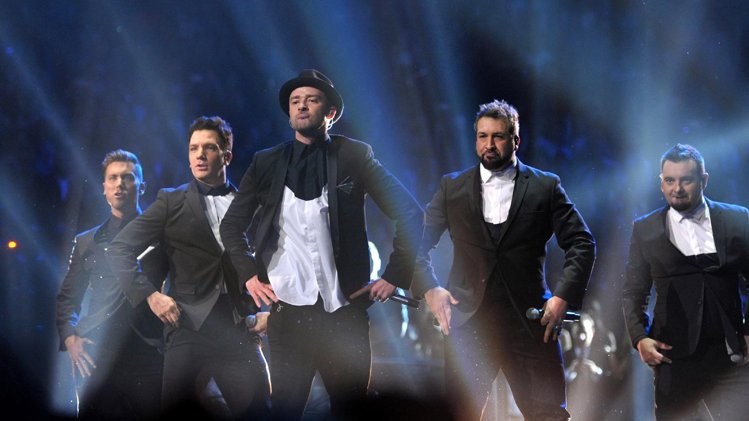 So they sang for 45 seconds and then were made to disappear into the floor BUT JUSTIN KEEPS GOING! That’s fucked up! All he had left to do was walk to the front of the Titanic and scream, “I’M THE KING OF THE WORLD” while shoving the rest of N’Sync overboard.  That’s a shame.  This is STILL going on! 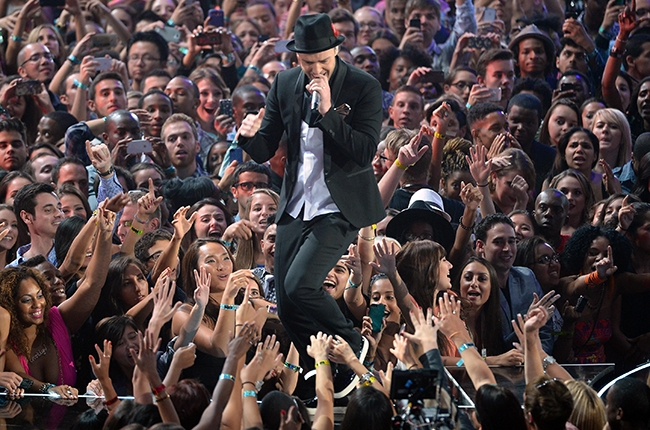 Boy, his boyfriend Jimmy Fallon is just losing his shit!  They give him a total of TWENTY MINUTES OF AIRTIME! Has that happened before?

The Adidas commercial featuring RUN-DMC is cool.  Okay, we’re back. Here’s that basketball player who came out a few months ago. I’ve TOTALLY forgotten his name. He’s nervous. And the dingbat who’s announcing with him was about to call him a fag, but somehow eeked out homosexual.

It’s now 10:44. And yet again I’m saying, WHO THE HELL IS THIS? Every fucking time some kid walks on stage.   Oh, here’s Drake. I’m going to the bathroom.

I’m back. Bruno Mars just won for “Best Male Video.” His first Moon Man! And now he’s performing “Gorilla” while wearing a leopard print shirt.  Lots of green lasers and lights.  It looks like the face of the Great And Powerful Oz should show up.  This is weird.

Okay, here’s KATY PERRY, PERFORMING HER “BIGGEST HIT YET”…THAT SHE’S NEVER PERFORMED BEFORE AND WAS JUST RELEASED.  Oh the crap they make up for kids to repeat.  The theme is that she’s a boxer and fighting for something. 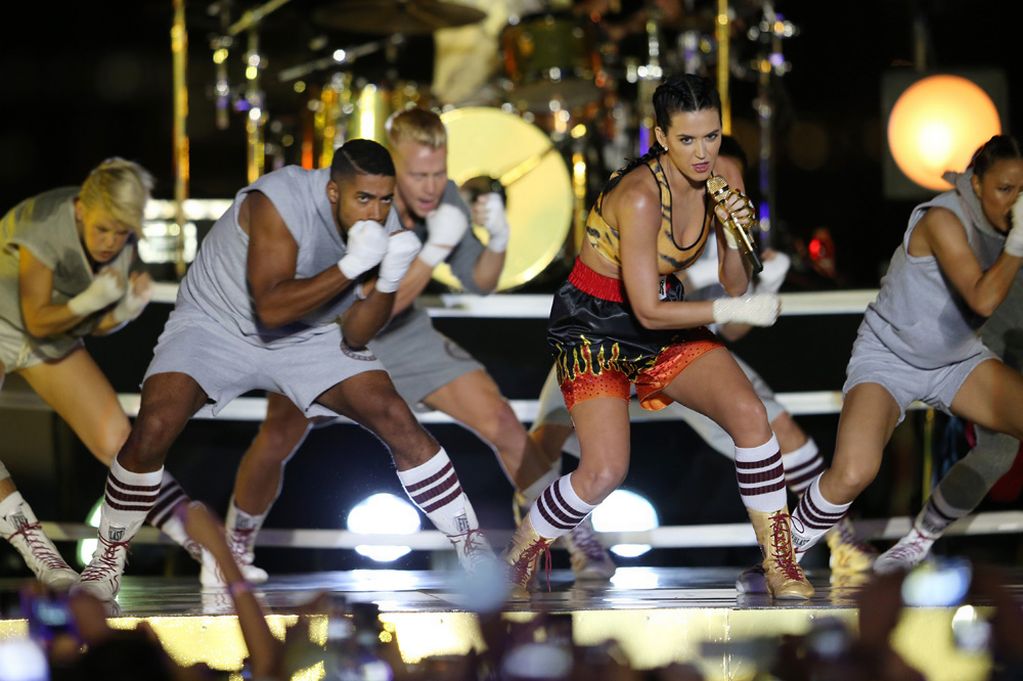 It’s like her version of “Eye Of The Tiger” (which she name checks) or the Destiny’s Child song “Survivor.”  She’s lip synching the song, totally phoning it in while in front of the Brooklyn Bridge. She can jump rope!  This is so stupid.  I wonder how much the HUGE set cost.

I have decided that I’m OFFICIALLY TOO OLD to review this show ANYMORE, so this will be my swan song for this “award show.”

See you at The Emmys!