For this, I’ll just be going with my favorite subset of monsters: the giants or Kaiju.

That and with Pacific Rim out now, it seemed appropriate. 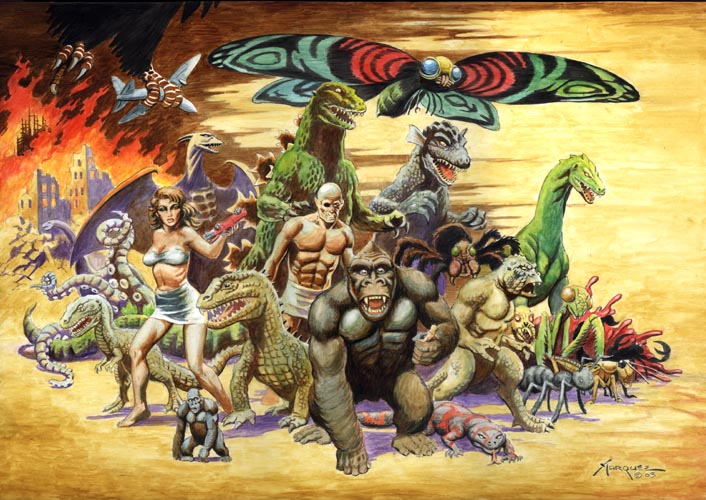 Here are the best of the best Kaiju movies.

If you want to know where Pacific Rim ranks, this is the list. 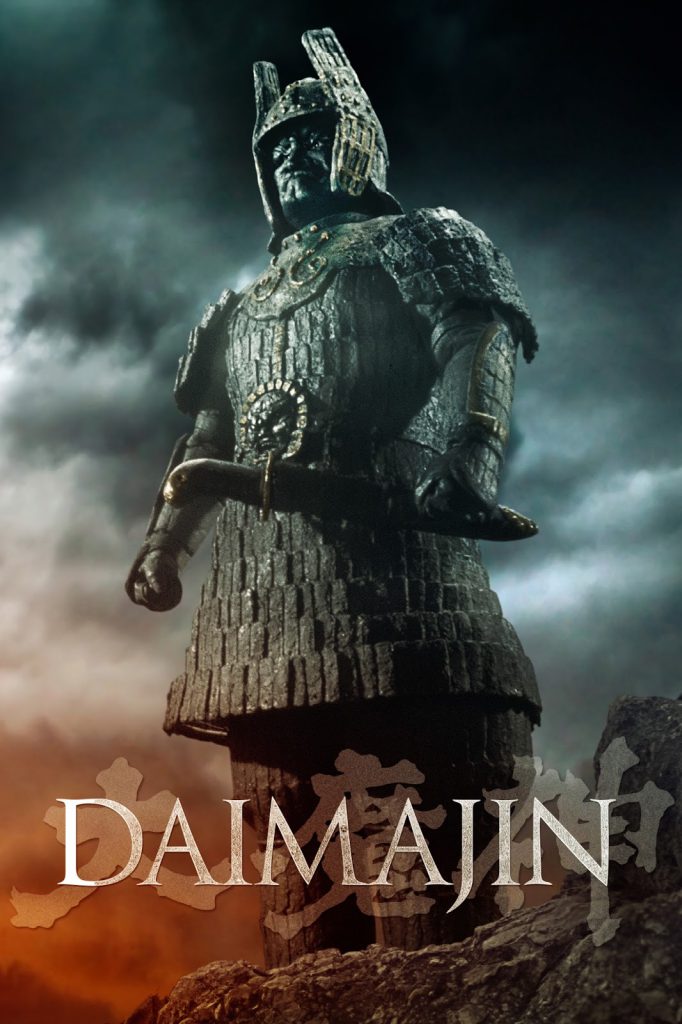 This is an oddball Kaiju movie, so it really is noteworthy.

Primarily, it’s a medieval story of samurai, usurpation and freedom fighters. The titular monster is a local deity who lives beyond a haunted forest. A constant threat that the heroes use as a shield against pursuit. It runs like a Japanese Robin Hood to some degree, but the presence of the monster, and its integral role in the climax make it very different. It really lays down the basic ideas of Shintoism, which is something almost integral to the ideas behind Kaiju.

Daimajin is a god; an angry god. It can be placated and asked for boons, but it is its own thing with its own goals and ideas. This movie has two sequels, which are decent, but basically repeat the same formula. Come for a Kaiju that is literally the wrath of a god, stay for the well told samurai story. 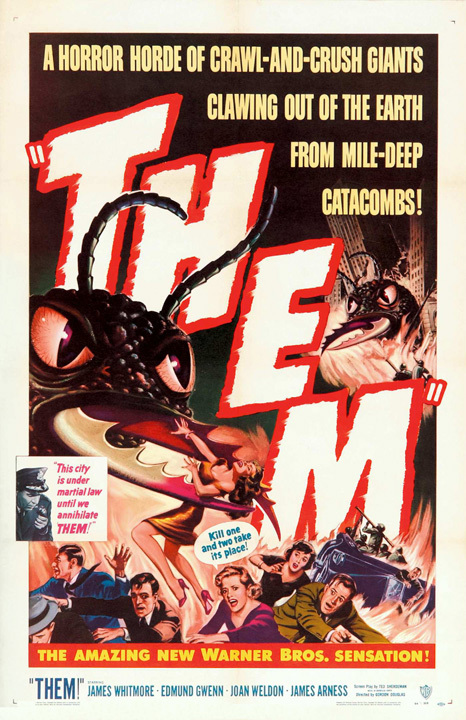 The best of the giant bug movies. All others pale in comparison to this one. It outlines the basics of how most giant monster movies go. What really shores it up beyond being just another bug movie is that it’s an A-level picture that had its budget slashed just before filming began.

The script, the actors and even the special effects are all top of the line for the time. The only concession to budget is that it is in black and white. It set the standards many others, but none could match its talent pool.

It, along with King Kong and The Beast from 20,000 Fathoms, are the story beats most others follow. Keep an eye out for a very young Leonard Nemoy and Fess Parker before his Daniel Boone days. 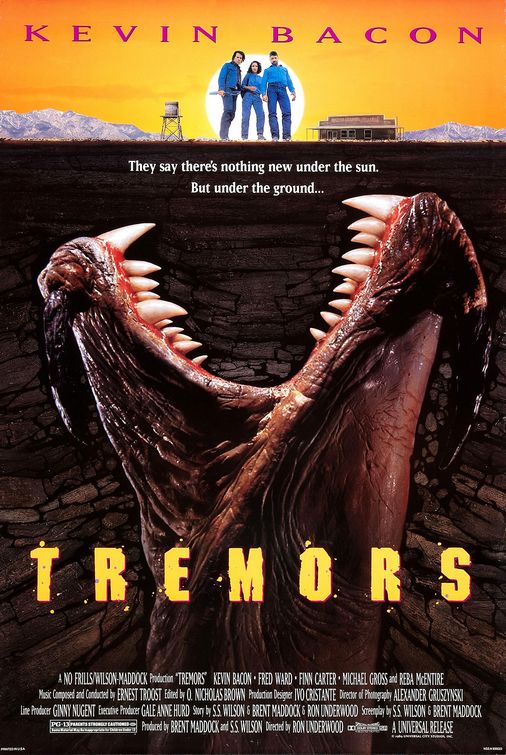 Tremors is a modernization of the classic formula, injecting comedy and subverting expectations for more modern audiences. Like Them! It shines primarily as a character piece. While there are some stereotypes, the characters are not bound by them and shine through as memorable.

This is in part due to the performances in it. Kevin Bacon as the lead, and well supported by Fred Ward, Finn Carter, Michael Gross, Reba McEntire and Victor Wong among them. Special consideration to Michael Gross for delivering one of the most memorable character performances in the genre.

This movie was followed by 4 direct-to-video sequels of decent stock, and a campy TV series which I thoroughly enjoyed. I love camp. 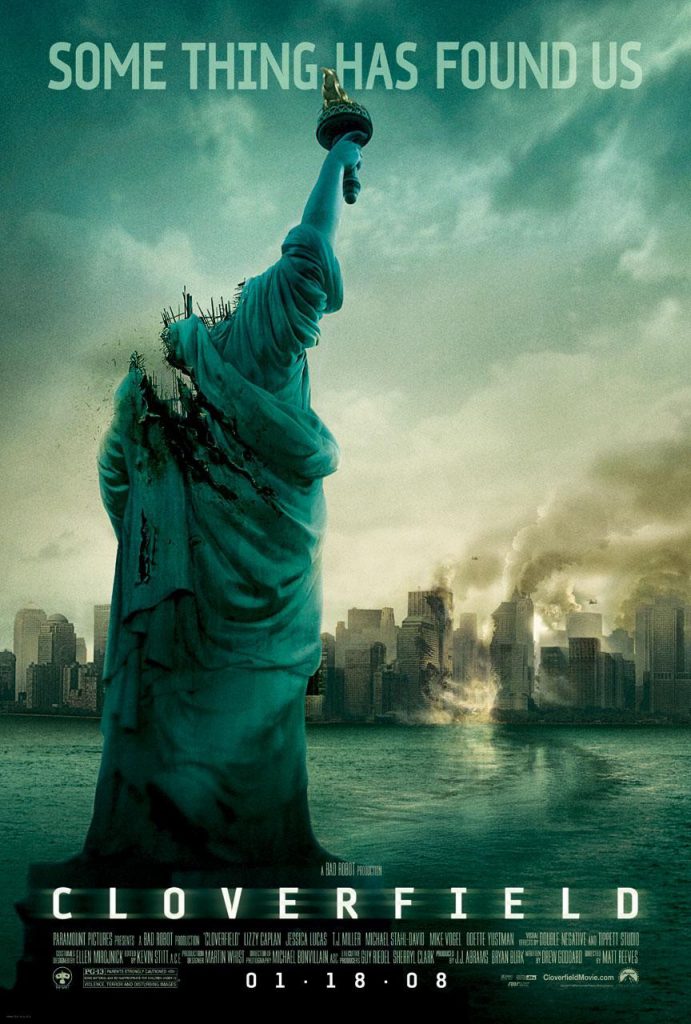 Cloverfield is the post 9/11 Kaiju film. At least as far as American audiences are concerned. So much of its visuals are tied into that terrorist attack, as well as the grand “We don’t know anything” aesthetic, that it really is the first thing that must be said whenever discussing the movie. It’s a product of its time, and that’s a very good thing.

The main new thing it brings to the genre is the found footage subgenre. I can point to most other things and say what other kaiju movie they come from. Everything else has been done before, but that is no slight. It uses these elements well, which places it firmly in the top 10. 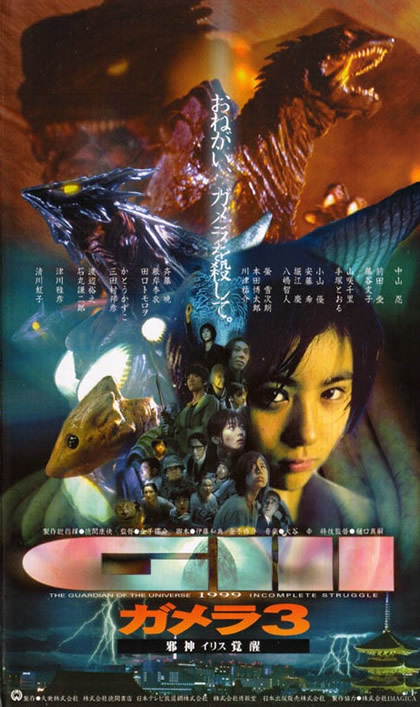 In Japan, there are two giant monster movie mega-stars: Godzilla and Gamera.

Gamera was always a secondary consideration. He had his share of movies, but most sucked. Then came the modern re-imagining and they were not only good, they were great. The final in the trilogy is its own The Empire Strikes Back, but I am always hesitant to recommend it immediately, as it concludes a lot of plots and sub-plots from the prior two movies.

Still, here we have a proper post 9/11 kaiju movie before that event even happened. It remembered to linger on the destruction, and the focus was on the psychological trauma surviving a kaiju attack. This is where the movie really shines. Great FX, memorable monsters, that’s all well and good, but character is the key.

Post-Traumatic Stress Disorder is a key feature to any Kaiju movie worth its salt. It shows the audience that damage really matters by making it personal. 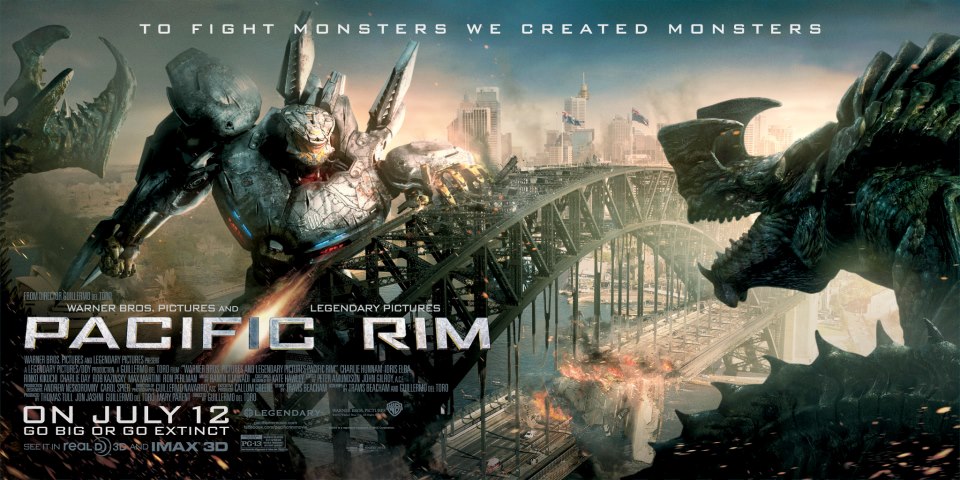 Yes, the new boy is getting in the top 5, but only just.

I’ve only had to see it once to see that it was a winner. It is a grand homage to the genre of both Mecha and Kaiju, repleate with the serious action and great moments of fun that work to remember that Kaiju movies aren’t always grim, somber affairs. They’ve also been light hearted children’s fair. The genre is that robust. This was a labor of love, and it carries through to the audience.

Like others mentioned, it touches onto PTSD. No, that’s too light of a phrasing: it turns PTSD into core plot elements. Only Gamera III can really also boast that. 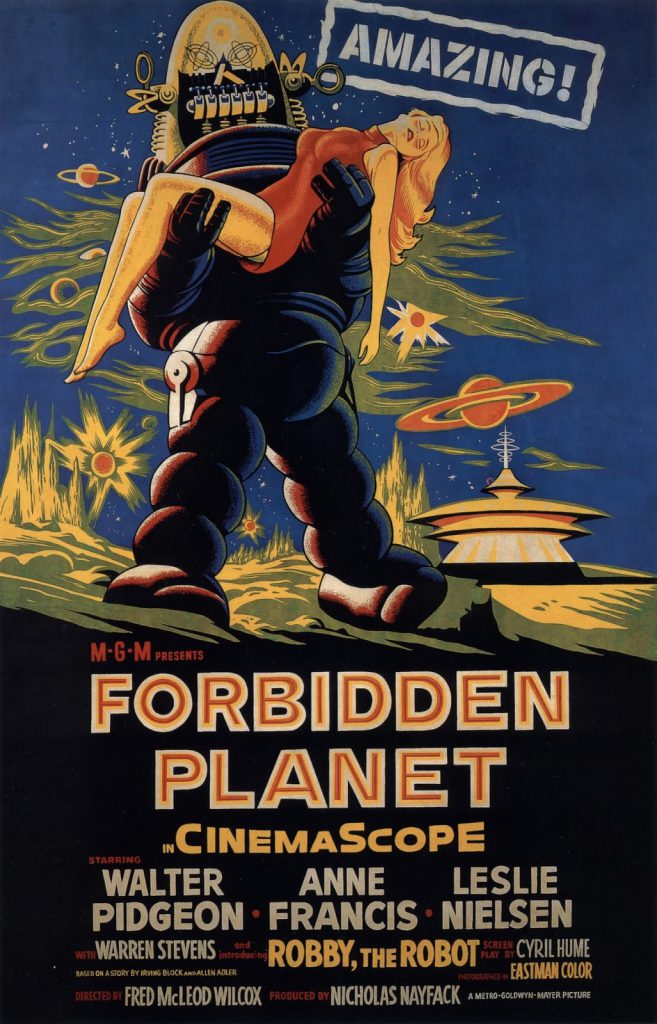 Shakespeare’s The Tempest IN SPACE. It’s created icons of fiction, and inspired Star Trek. People really forget that it’s got a true Kaiju in it. Though the monster from the ID, its unstoppable nature and the way it is treated by the cast first primarily into the Kaiju genre.

With all this going into it, it’s worth a watch just as a sci-fi fan alone. Throw in a great monster, motivated by the darkest aspects of mankind’s nature, and we have near perfection. 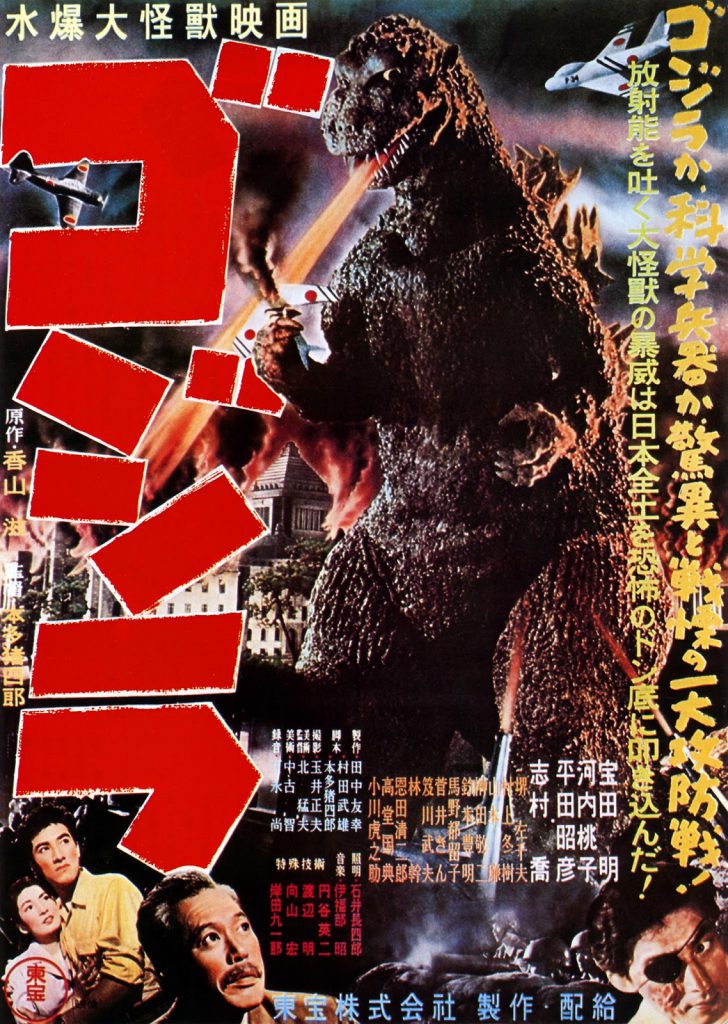 But, if I did hear you, I’d say that there are better films than Gojira. However, its iconic nature push it to near the top of the list. Gojira set the standard for most Japanese Kaiju. Its grand symbolic content and influential nature have earned it a Criterion Blu-Ray disk. If you are a fan of monsters and haven’t seen the original Japanese film, make a point to do so ASAP. Godzilla’s film legacy is also well known and I could have put several of his films on the list. 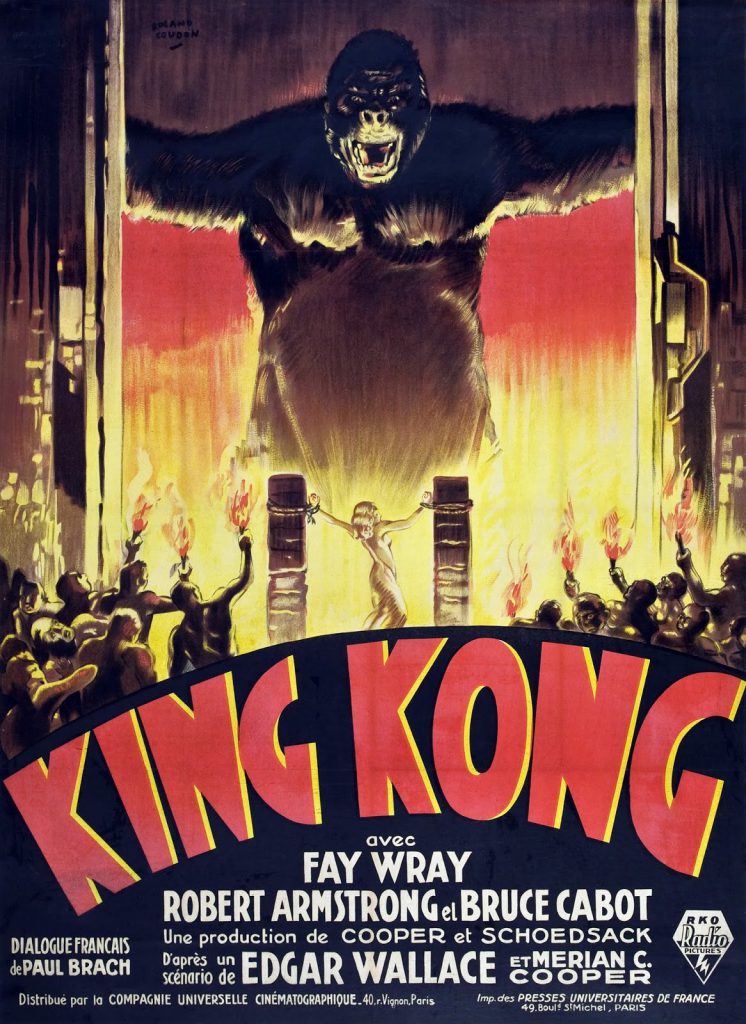 This was the giant monster movie for several decades. Sure, there were others before and since, but this is the root of them in modern cinema. Kong is one of the most Influential movies of all time and has earned its place in the American Film Registry a dozen times over. This is a movie, like Gojira, which I can watch over and over again without complaint.

Unlike others, and since it’s basically a pulp novel thrown on t he screen, Kong doesn’t have much in the way of PTSD, but that is hardly a mar to its name as the story ensnares the viewer and never gives them much of a chance to think much beyond the simple enthrallment of one of the best films ever made. 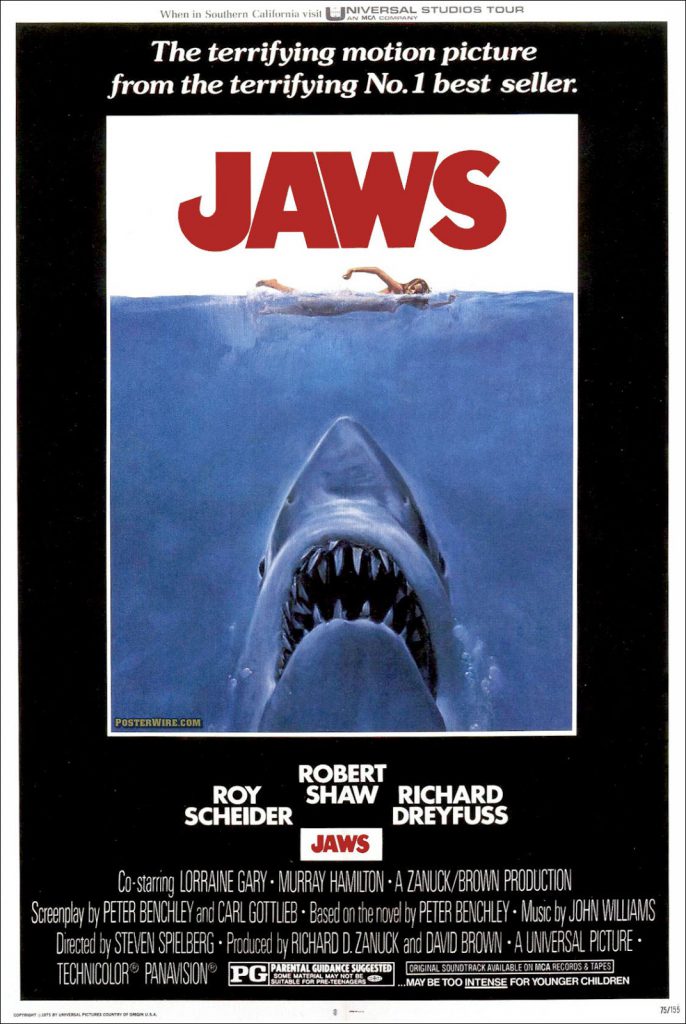 Yes. This movie. An odd choice for #1 on a Kaiju films list? Certainly.

Well, as I’ve gone on about before, the monster in Jaws is just that: a monster. Its behavior and temperament don’t match real sharks at all. It laughs off the standard attempts to defeat such an organism, and its seemingly unstoppable drive really fit the ideal of a force of nature. It is a pagan god that acts as it does because of its nature alone.

Jaws is a Kaiju movie under this understanding. Kaiju literally translates as “Strange Beast” (with the variant Daikaiju being “Giant Strange Beast”) and the creature in Jaws fits that descriptor too. The movie itself is damn near flawless. I’ve always been a bigger fan of suspense than gore. Tension is far more entertaining than bland shock value or the disgust gore can provide at times. If I must choose between the two, suspense wins every time. And Jaws is full of suspense.

Throw in great characters and performances, masterful direction which preys on the view’s imagination and we have one of the best movies of all time.