If memory serves me correct, the penultimate episode of Breaking Bad was the first time we finally got to see Saul in a white dress shirt.

His career is over, so there is no point in continuing to wear the pastel colors and loud ties — the costume has been retired.

The episode begins with Saul arriving at a vacuum cleaner repair shop where his identity man is working on setting him up a new life Nebraska. Walt is still there waiting for relocation, and Saul gives him his final piece of advice, which is what I think is among the most consequential of the series. 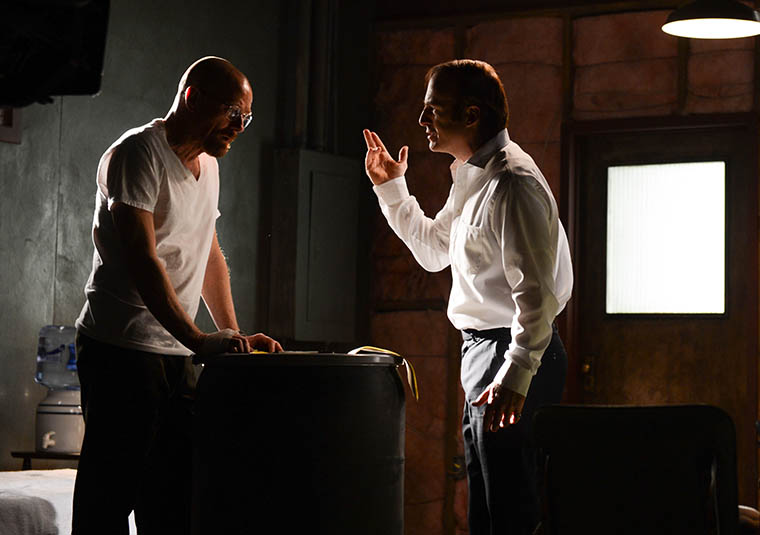 Last week I complained that I didn’t buy how concerned Walt was about family (specifically, how upset he was about Hank being killed). A lot of commentators claimed that the phone call to Skyler where he admits to everything over the phone with the police listening showed that he ultimately wanted to do right by them.

As Saul points out, that phone call is an empty gesture. The Feds are still going to go after Skyler — there’s probably still enough to put her in prison. If Walt really wants to help her out, he’d turn himself in and give up the money. And given that he could be dead in a few months, he won’t be looking at much jail time. 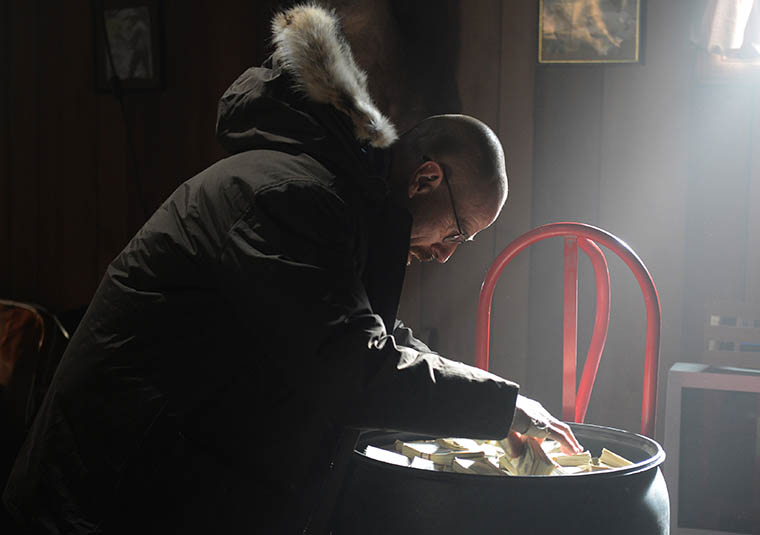 But Walt doesn’t want to give up the money.

Instead he’s scheming huge revenge plot, and needs Saul to hire hit men. Saul refuses, and while trying to deliver a “I’m not done with you until I say so” speech, he begins coughing uncontrollably. Saul uses that as his opportunity to leave the show.

On the neo-Nazi front, they’ve broken in Marie’s house, found Jesse’s confession, and learned that Jesse ratted out Todd for killing the kid on the motorbike. Uncle Jack is all set kill Jesse, but Todd convinces him to keep Jesse alive. There’s still hundreds of millions of dollars worth of methylamine left that they need Jesse’s help to cook — why settle for being rich when you can be mega rich — and Todd thinks the way to Lydia’s heart is pure meth.

And speaking of Lydia, she might be even more ruthless than uncle Jack. She orders a hit on Skyler because she saw her at the car wash that one time. Despite the Feds having round the clock surveillance on the house, the Nazis still manage to break in. Their confrontation with her in the nursery was probably the most terrifying moment of the series for me. Todd, though, lets her off with a warning because he continues to have respect for Walter.

Jesse proves to be as resourceful and cunning in tight situations as Walt was in early seasons, managing to escape from his cell using a paperclip and some acrobatics. Unfortunately, he makes it only as far as the compound’s fence. To punish him, Todd unceremoniously kills Andrea on her porch, and Uncle Jack tells Jesse that they can still kill Brock if he refuses to keep cooking.

Walt finally makes it to New Hampshire. After a commercial break things jump ahead a month or so. His hair has grown back; he has a beard; and looks like he does in the flash-forward.

At first he’s ready to immediately head back home to enact his revenge scheme, but quickly becomes resigned to just living in a shed in the woods. Eventually he does come up with a plan to send money to his family involving mailing it to one of Walt, Jr.’s friends.

For the plan to work, Jr. needs to know what’s going on so he can retrieve the money. Walt reaches out to him to let him know what’s up, but Jr. makes it clear that he hates him and doesn’t want the money. Walt finally gets that if his how rationalization for abandoning his family is to keep the money safe so he can give it to them in the future, and his family doesn’t want the money, then he should give it up and turn himself in. He does that, calling the DEA, letting them know where he is. 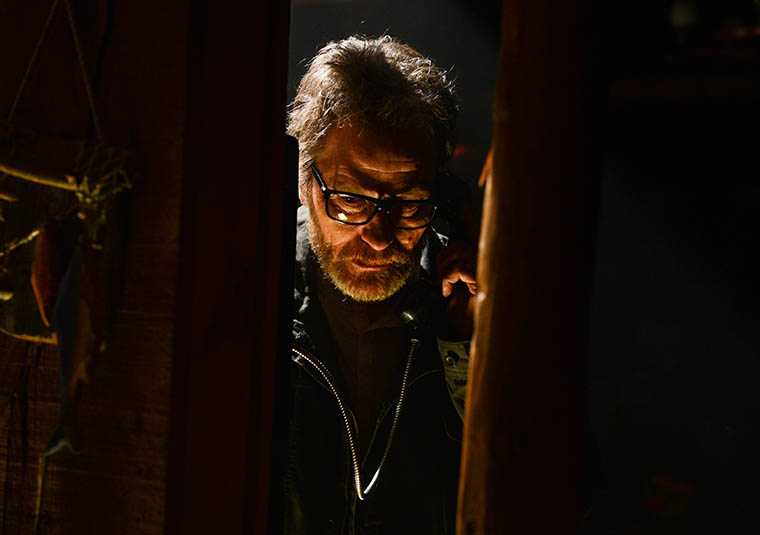 While sitting in a bar, waiting to be arrested, he spots his old business partners from Grey Matter, Elliot and Gretchen, on the Charlie Rose show. They’ve donated $28 million to drug rehab programs in the southwest in order to distance their company from Walt. At one point they say that Walt’s only contribution to Grey Matter was that he came up with the name — he didn’t do anything after that. This jab at his ego causes him to rethink his plan, and he leaves the bar before the police arrive. And as we know from the flash forward, he’s headed back home.

This was by far my favorite episode of the series, and it confirms my argument that Walt was always into cooking meth for himself, that helping his family was just a way to justify it to any sense of ethics he has. If you go back and watch the first episode, Walt was already contemplating cooking before he knew he had cancer. How miserable and emasculating his life had become was all established before the diagnosis, such as when he was on his hands and knees cleaning the sports car of a student who he had scolded in a previous scene.

The episode continued to emphasize his complete unwillingness to just turn himself in because of his ego and pride. He places for value on them than his family.