It’s all about the brand recognition — lessons imparted by three characters this episode.

On a high level it’s about presenting an image, sometimes a false one; this episode was about duplicity, everybody running a con.

I guess you could say that’s what marketing is — my favorite quote from North by Northwest is: “In the world of advertising, there’s no such thing as a lie. There’s just the expedient exaggeration.” 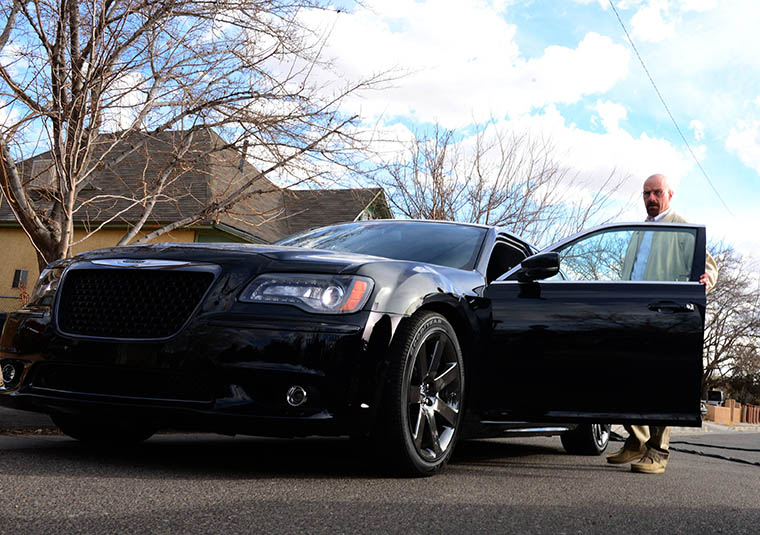 The episode begins with Todd’s first solo cook where he manages to get the purity of the meth up to 76 percent, but he overheats it, burning the blue out of it. As Lydia informs him, no matter how high the purity, blue is their brand — it must be blue. Todd pledges to try harder, and in one of the more awkward moments, hits on Lydia.

Picking up after the aborted sting in the plaza, Jesse reveals his plan to capture Walt: go after what he cares about most, the money. He doesn’t know where the money is, but he knows who might know: Saul’s bodyguard, Huell.

Hank fools Huell into spilling the beans about what he knows by staging a photo of Jesse with his brains blown out, telling him that he’s next on the hit list. Huell doesn’t know the location of the money, but tells Hank that he put it in six plastic containers, and rented a car for Walt, which came back covered in dust.

At Walt’s meeting with his neo-Nazi buddies to discuss whacking Jesse, he becomes agitated at their inference that Jesse is being eliminated because he’s a rat (which unknowingly to Walt at this point, he kinda is because he’s working with the DEA). He explains that Jesse is family, but is unstable, so that’s why he needs to go. Sensing Walt’s confusion, the Nazis toy with him by pushing him to explain his twisted logic rather than just immediately accept the job. Matters then turn to payment, and Walt reluctantly agrees to do an instructional cook with Todd.

To flush Jesse out of hiding, Walt runs a con of his own. He goes to Brock’s house and tells his mother, Andrea, that he’s looking for Jesse, believing that Andrea’s phone call to Jesse will cause him to come to the house where the Nazis are waiting. Hank still has Jesse’s phone and intercepts the message Andrea leaves on it. So the plan goes nowhere. 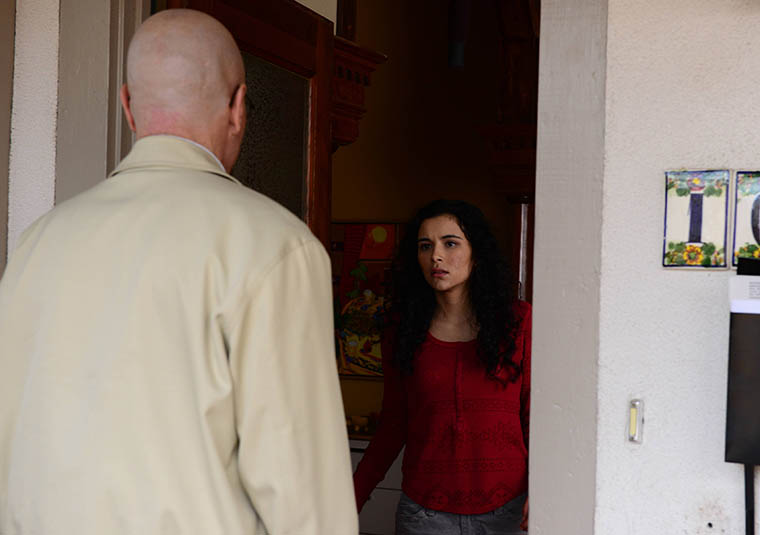 Back at the car wash, we gets lessons two and three about branding. Skylar has Walt, Jr. working behind the register and instructs him that he must tell all of their customers to have an “A number one day” because that’s their brand. And then we get lesson three — “better call Saul” shows up — who Walt, Jr. recognizes from the commercials and billboard outside the carwash — to tell Walt that the Huell has gone missing. 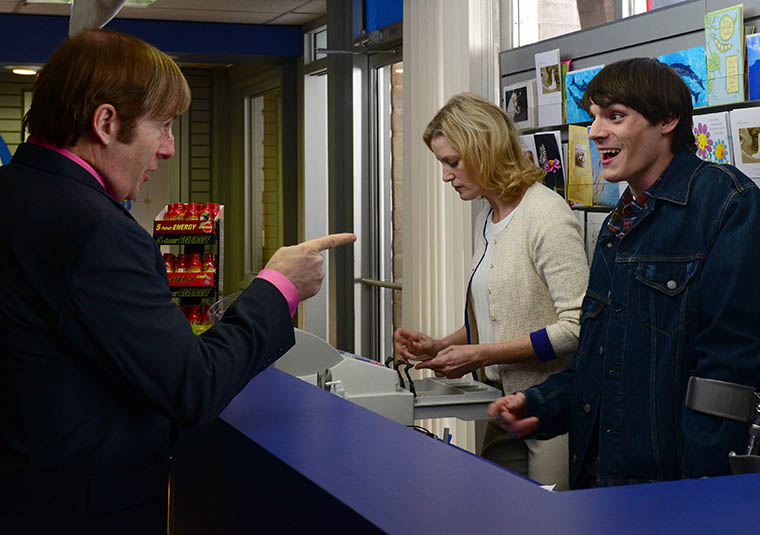 Using the information Huell provided, Hank runs another bluff, having Jesse text Walt a picture of a container of money, and calls him to tell him that he’s found all six containers and he’s going to burn it. Walt races out to the desert to try and stop Jesse, and on the phone brings up all his crimes. When he arrives where he’s buried the money, there is no Jesse, and he realizes that he’s been duped.

A few minutes later, though, he sees a car approaching. Assuming it’s Jesse coming to kill him, he calls up Todd’s uncle, tells him his location and to come fast. But when he sees Jesse is with Hank and Gomez, he tells him to abort.

We finally get the moment we’ve been waiting for since the start of the show: Hank slapping the cuffs on Walt. Hank calls up Marie, tells her the good news, and if Hollywood has taught us anything, when he tells her he loves her, that probably means that will be the last phone call he ever makes.

The Nazis of course show up, and totally outgun Hank and Gomez. Walt screams at them not to shoot, but what does he really expect is going to happen when they’ve already drawn their guns on people who’ve identified themselves as police? It’s too late to back down. A gunfight erupts, and the episode abruptly ends.

There’s a lot to love about this episode, some things that confuse me, and one element that I wasn’t happy with.

I saw the lessons about branding to be a metaphor that Jesse was no longer Walt’s student, by beating Walt that means he’s graduated — he’s now the master. The lessons were given out to Walt’s son who is getting into the legitimate family business, and the other to his pupil, Todd, who’s in the other family business (and Walt takes a fatherly role to his students).

While it was pretty obvious that the Nazis were going to show up in the desert despite being told not to, the show masterfully built the tension, taking their time with Walt’s arrest. I was on the edge of my seat the whole time, clenching a pillow.

One thing that’s confusing me is Walt’s reluctance to kill Jesse. Maybe Walt does have some genuine affection for him, but I don’t fully buy that it’s coming out now, when Walt has his back to the wall, and is thinking about self-preservation.

And I really wasn’t a happy with Walt’s “confession” on the phone to Jesse, listing all of the crimes he’s committed. It was a bit too James Bond bad guy stupid, and I was hoping that Hank would build a case with something more solid than a recorded phone conversion (though it’s looking like that phone conversation may never see the light of day).

Finally, my earlier analysis of the Badger’s Star Trek spec script foreshadowing the direction of the season still holds water. The cons they ran in this episode are similar to Chekov and Scotty relying on chicanery to beat Spock, but eventually the whole thing blows up, which is how this episode ended.