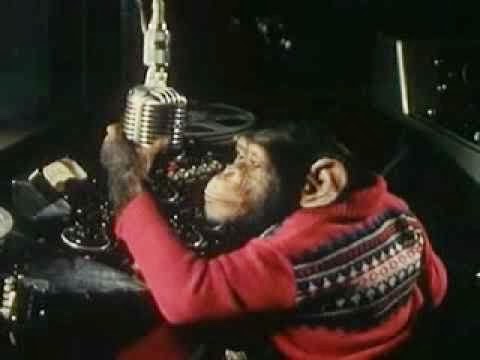 Back in the heyday of edutainment short films (1940s-1960s), the Calvin Company (based out of Kansas City, Missouri) was certainly king. With a catalog of Fortune 500 companies needing training materials and educational clients like McGraw-Hill, Encyclopædia Britannica, and the U.S. Office of Education hoping to influence soft-minded children, millions of Americans learned how to be better citizens and workers through various 10-minute filmstrips.

And one of their best offerings happens to be a six-and-a-half minute masterpiece about making movies using chimps as stand-ins for humans…because that makes sense (although the chimps are called monkeys throughout the short which just goes to show you that not everything was researched back then).

Yep, things were certainly different before the Internet.

‘The Wakanda Files: A Technological Exploration of the Avengers and Beyond’ by Troy Benjamin Arrives October 16th