Although Giant Bug movies have been a stable in genre cinema since the fifties, more recently they’ve succumbed to uninspired and worse, just plain stupid exercises in storytelling as cheap digital effects have allowed even the microbudget schlockmakers the opportunity to produce their giant ant, roach or arachnid pictures. And even worse, the majority of the Giant Bug films are not only terrible, but they aren’t particularly fun either.

Fortunately, there’s a new film that puts an end to that, Big Ass Spider!, a ridiculously entertaining film directed by Mike Mendez about a giant alien spider which escapes from a military lab and rampages the city of Los Angeles. After the failure of a massive military strike fails, it is up to a team of scientists and one clever exterminator to kill the creature before the city is destroyed.

Mike took some time to chat with Forces of Geek about Big Ass Spider!, CGI and possible sequel ideas.

FOG!: What about the screenplay initially grabbed your attention and what made you want to tell this story?

Mike Mendez: Well my initial reaction was actually, “Oh my god, has my career really come to this?,”but upon reading the script and more importantly, upon talking to Epic Pictures. I realized that they wanted to do something different.

They didn’t want to do the kind of a cookie cutter “monster of the week” type TV movie. They actually wanted to kind of break the rules and make something that stood out, and I looked at that as an opportunity, that ultimately, it was up to us as to what the final product will be.  So that’s always an exciting place to be and that’s what really kind of got me involved.

Giant bugs and monsters are a beloved genre. What movies, if any, were an influence on Big Ass Spider!?

I wanted to move away from the more typical Syfy Channel movie and I wanted to move toward the kind of movies that I loved from of yesteryear particularly Tremors and Deep Rising. The movies that involve a lot of comedy in with the horror, and you know I think giant monster movies are a tricky thing to pull off and at least in my mind, the only way to tackle them in a satisfying manner is to make them while having a tongue planted-firmly-in-cheek.

I was kind of really basing it off of horror-comedies, but then also really going as far as back as Abbott and Costello Meet Frankenstein because I wanted to treat some of it seriously.  Really I wanted to entertain two idiots as the lead characters and see what fun would happen if they entered a more typical genre film. 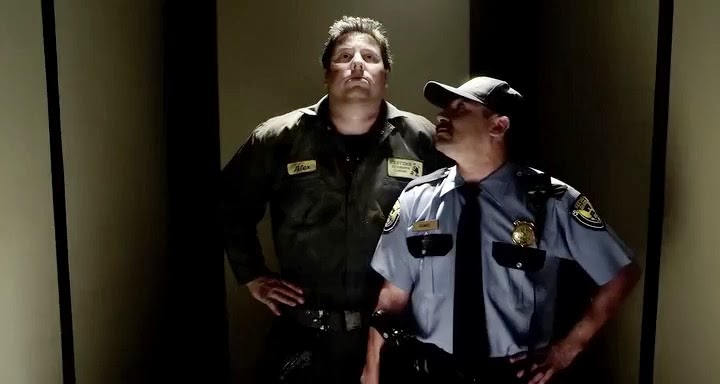 I thought the film was fun and a great throwback to monster movies that I watched on Creature Double Feature growing up.  Was it always intended to be PG-13 because I felt that it could have played harder or even a little more innocent if you wanted it to.

I made it a goal to make it family friendly and even though there are a lot of kills, that’s probably the best that I am able to do.  Epic Pictures wanted something that was for all ages, that could play good on television and could be a fun theatrical thing.  So the challenge for me was to make something that would satisfy me a consummate gorehound and still make something that my nine year old nephew could watch.

The impression that I got from the seeing of the film, is that you are a practical effects guy, but the film obviously utilized a fair amount of CGI.  What was that experience like for you?

But you know I’ve always been afraid of CG because I am a big believer of you get what you pay for and we had very little money to pull it off.  We found this great company in Pakistan, Ice Animation, and even though my kneejerk reaction was like “Are you kidding me?,” they worked really hard and did a great job, particularly for the budget which was next to nothing.

So now I’ve really changed my point of view on how to deal with effects and I am a little more open minded, so it was all good.

So does that indicate a possible sequel?

All of us would really love to, but it’s going to be the matter of, does it financially make sense? Bottom line is that the movie has to be a hit and it’s not like it is coming out in theaters or anything. So, it’s going to have to be a big hit on VOD, DVD and television.  We’d like to, but sadly these things are never up to us.  But if there’s a demand, I do know that (stars) Greg Grunberg and Lombardo Boyar and Epic Pictures are up for it, so I hope it happens. 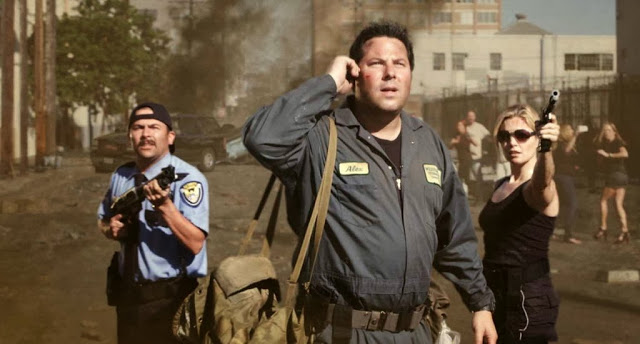 I personally would love to see Big Ass Rat!

Yeah, I am afraid of rats; that is the one creature that I actually am terrified of. We’ve had time to kind of bounce around ideas; we talked about Big Ass Ant, Big Ass Cockroach, of course, Big Ass Centipede, Big Ass Honey Badger…who knows really, it could be anything.

What can you tell us about your next project Don’t Kill It?

It is something that I hope happens this year. It’s a movie that is kind of the vein of The Hidden. It is about a body-hopping demon, And the demon hunter that is chasing it, trying to stop it. So it should be a lot of fun and look at is like kind of a dark action movie with a lot of horror movie kills, should it come through, fingers crossed if it happens.

I am a hard core geek of all sorts of things.  I’m actually a big toy geek and I tend to geek out over a company called Hot Toys.

They are amazing, so that is kind of my vice.  I just finished geeking out over Breaking Bad, that was probably my geek event of the year.

The unfortunate thing and maybe I am in the minority this year, I haven’t been terribly excited by anything tremendously movie-wise this year, I want to find a District 9 or something that shakes me and makes me go, “Oh my god this is awesome!”  I think the closest I came was The Conjuring; that was cool. And the most satisfying moviegoing experience of the year for me was This Is The End, because it was funny and it has demons so it was up my alley.  I liked Stroker a lot, too.

At the moment that I miss having a Christopher Nolan movie to look forward to or an Avengers to lead up to so my geek meter is still right now not kind of orverjoyed about anything. I have a two years wait to the next Star Wars movie.

I hope so too. 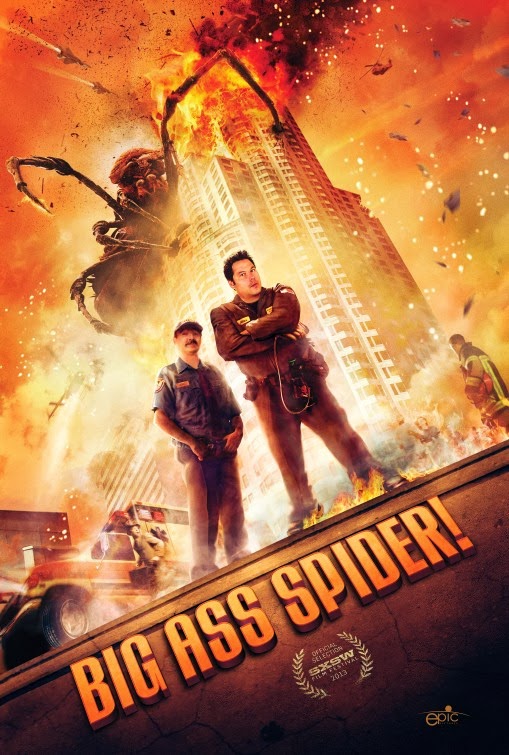