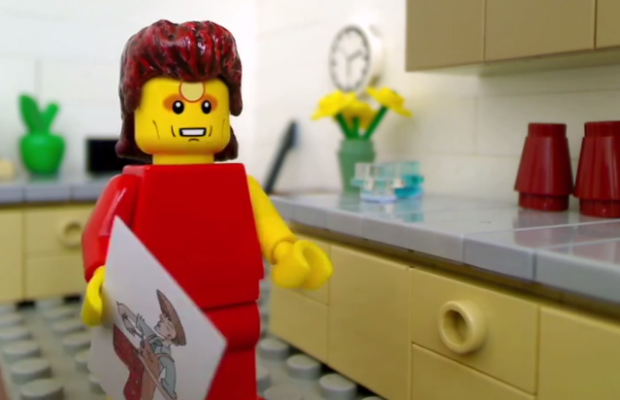 I always wondered if there ever came a time in an artist’s life when the persona they put out into the world became more of a burden than an accomplishment, and in this particular Lego animated story, David Bowie (and his then wife Angela) discuss his desire to retire his trippy character Ziggy Stardust and become, well, someone else entirely…with hilarious results.

A definite must-see for Bowie fans.

In this article:Animation/Anime, Awesome, Celebrity/Gossip, Comedy/Parody, Lego, Music, Watch This