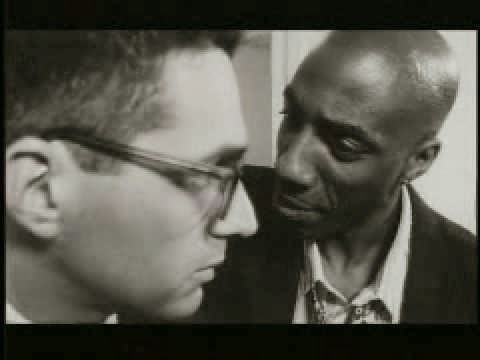 Back in 1998 Louis C.K. wrote, produced, and directed a comedy about a New York photo shop owner named Charles (Chuck Sklar) who is hated by his mailman (J.B. Smoove), dates a nympho named Lola Vagina (Heather Morgan), meets an elderly woman named Florence (Martha Greenhouse) whose husband is killed by a pack of wild dogs, marries her, finds that life is way to complicated and heads back to the safety and comfort of his store…did I mention that Charles also has a nightly ritual of sitting in a bowl of ice cream to relax? I didn’t? Well, there’s that…oh and there are also cameos by Steve Carell, Amy Poehler and Conan O’Brien in case you’re interested.

Tomorrow Night was first screened at Sundance back before Y2K but never released to the public (I guess we weren’t ready for it yet) but sixteen years later Louis is making the film available on his website (LouisCK.net) for only $5…starting at noon EST.

Judging by how successful his Live at the Beacon Theater comedy special was (which was also released via his website for $5), I have no doubt that Tomorrow Night will finally make him some moolah.

Trailer for the movie after the break.