With The Wolf Of Wall Street out recently (which is excellent, by the way), it got me thinking about Martin Scorsese.

Of course, he’s one of the greatest directors of all time. No doubt about that. And we all know how amazing Raging Bull, Taxi Driver, Mean Streets and Goodfellas are.

But sometimes we forget the little guys. The movies that sort of got away. They’re not even “b-list” Scorsese because, to be honest, they’re almost as good as the classics. 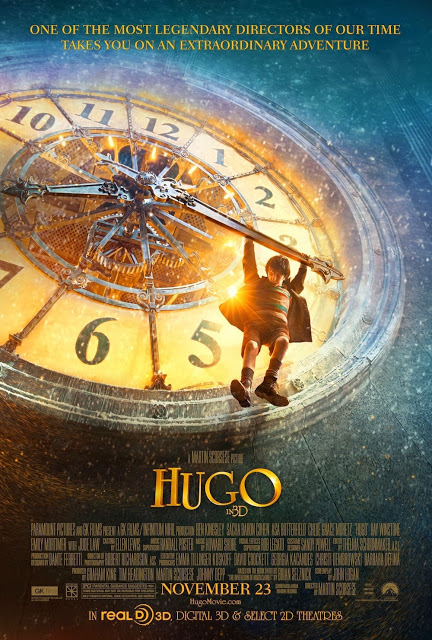 It didn’t do much box office (many of his don’t, really), but it deserved a giant-sized audience. If ever there was a children’s story that was written for Martin Scorsese, Hugo was it.

It’s about a young boy (Asa Butterfield) who lives in a train station. He’s antagonized by an old toy shop owner (Ben Kingsley) and a security guard (Sacha Baron Cohen) who both think he’s a menace. He’s also in deep smit with Isabelle (Chloe Grace Moretz), the shopkeeper’s god-daughter. He also has an automaton that he and his dad (Jude Law) found. Since his dad’s death, he has been trying to fix it and learn more about it.
When Hugo and Isabelle find out who the old shopkeeper really is, things get really interesting and, of course, film-related.
This is not just a nice kids’ movie. It’s a love song to the history of film. Specifically the lost art of silent film.

If after seeing this movie you don’t want to rummage through Netflix or a library to find silent films, then you are probably inhuman. 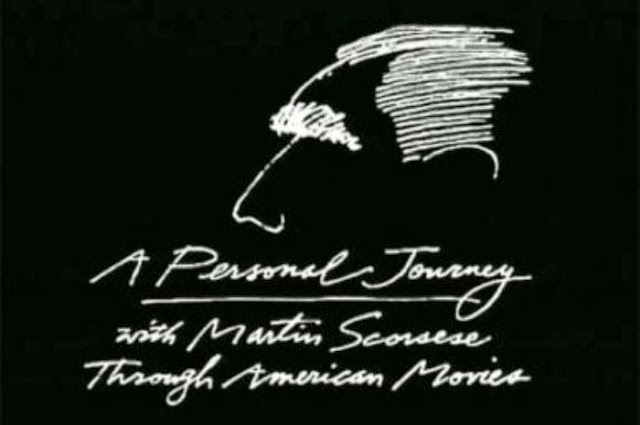 And speaking of the history of film, this is a nearly four hour long tv documentary where Marty takes you through his life with film.

He starts with the beginning of the silent and ends right around 1969. Along the way, we’re treated to his personal take on what these films mean and how the influenced his own art. It’s one of the best documentaries about film that I’ve ever seen. Just hearing someone who is so in love with film talk at length about specific films is something that every film fan should experience. 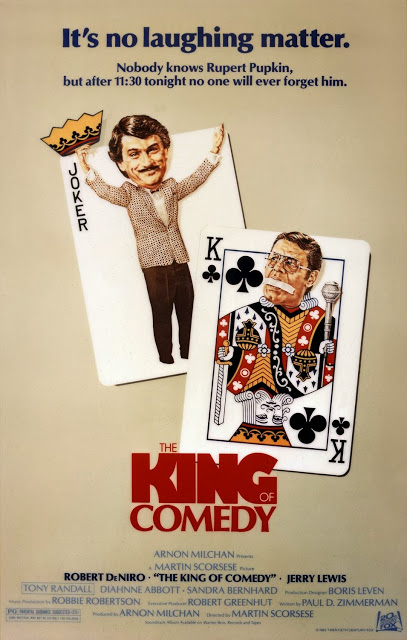 This really is “the one that got away.”

Rupert Pupkin (Robert DeNiro) is a complete loser. He’s a comedian who really isn’t very funny, but he tries really, really hard. His idol is Jerry Langford (Jerry Lewis), a man who has made it to the top. How else can Rupert learn than to stalk and, eventually, kidnap his Jerry?
If you’ve ever hated Jerry Lewis (and I know there are a lot of people who do), this is the movie for you. Not only is he incredibly good in it, but he gets kidnapped! And kinda brutalized! By DeNiro and Sandra Bernhard!
Scorsese hasn’t delved into comedy often, but when he does it tends to be pretty golden. This is my favorite. It’s so black that a lot of people took it absolutely seriously and were offended by it. I think it’s pretty brilliant.
ALICE DOESN’T LIVE HERE ANYMORE (1974)
Directed by Martin Scorsese
Written by Robert Getchell 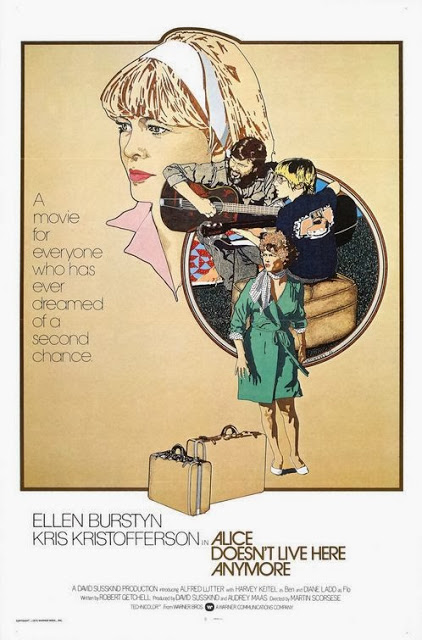 Coming off the high that was Mean Streets, Scorsese decided to do something a bit more mainstream.
Alice is the story of a woman (Ellen Burstyn) who escapes from a humdrum life only to end up in another one. She and her son head out so that she can become a singer. Instead, she ends up working at a diner with a gruff boss (Vic Tayback) and a couple of weird waitresses (Diane Ladd and Valerie Curtin). She also meets two men, Ben and David (Harvey Keitel and Kris Kristofferson), neither of which are particularly good for her.
Despite a very Hollywood ending that Scorsese didn’t want, the movie is a realistic portrayal of the struggles of a young, single mother trying to make it in the world and raise a good kid. It also led to a really good tv series that had almost nothing to do with the movie.
SHUTTER ISLAND (2010)
Directed by Martin Scorsese
Written by Laeta Kalogridis
Based on a book by Dennis Lehane 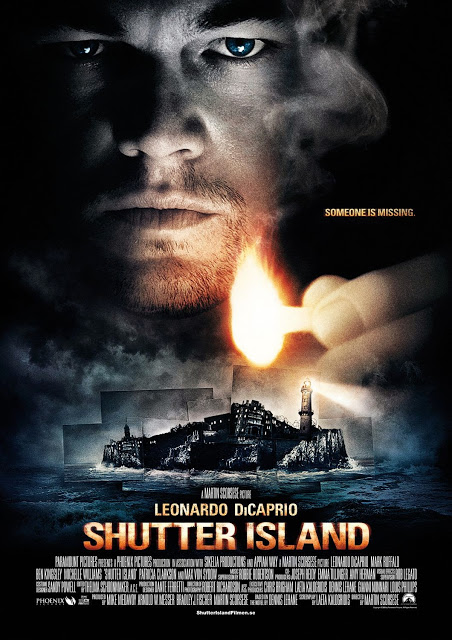 A lot of people will say that Cape Fear is their favorite Martin Scorsese thriller. And, actually, there aren’t a whole lot to choose from, so I won’t begrudge those folks. I like Cape Fear a lot. DeNiro is amazing in it in all of his scenery chewing glory.

Personally, though, I’m gonna have to go with Shutter Island. Yes, it has a twist ending that you can kind of see coming a mile away, but that really didn’t matter. The movie kept me on my toes and entertained me for over two hours.

Teddy Daniels (Leonardo DiCaprio or, as Marty probably calls him, “Bobby Lite”) is investigating the local mental institution. It seems that a patient has gone missing and he wants to make his name by finding them. He also has his own reasons for going to the island that the hospital is located. The more he pushes, the more the hospital staff, including Ben Kingsley and Max von Sydow, pushes back. Can he break the case? Will it cost him his sanity? And what’s up with his partner (Mark Ruffalo)?
Lots of twists and turns make this a fun ride. It’s not really meant to stay with you forever, only for 138 minutes. And, every once in a while, a great director needs that sort of thing.