So, you’re a budding MSTie. Congratulations and welcome to the fold! Born 25 years ago in a majestic land we call Minnesota, MST3K began as a public access show and grew to become an honored cult classic.  For you and only you, I’ve assembled the most concise history of the characters and the five best episodes to jump start your journey into the enjoyable, subtle madness that is Mystery Science Theater 3000.


Joel Robinson, played by Joel Hodgson, was the original host of MST3K. He worked at Gizmonic Institute until he was sent to live up on the Satellite of Love, or S.O.L., against his will. On the S.O.L., the evil Dr. Forrester with his cohort, TV’s Frank, subject him to nasty experiments. The experiments consist of forcing him to watch movies, the worst of the worst. Joel, an avid inventor, would do an “Invention Exchange” with Dr. Forrester at the beginning of each episode. Hodgson is truly a unique asset to the show.

As creator of both MST3K and the puppets, or “bots,” he holds an admirable position in its history. Wearing many hats, he not only wrote content for the show, but also wrote and performed original music. He comes off as awkward, sheepish, melancholy, and witty. He appears in 108 episodes, including one special appearance in season 10. He left midway through season five, reportedly due to problems with the producer, Jim Mallon.

Mike Nelson served as head writer prior to becoming the second and final host.

The show was well established when the switch happened, Mike would only tweak parts of the show to keep it relevant. He briefly participated in the “Invention Exchange,” but abandoned it instead for short skits, sometimes entirely unrelated to the content of the movie.

Mike brings a different vibe to the show. He’s chipper, occasionally goofy, and very clever. The bots tend to poke more fun at Mike than they did Joel. I can understand why, he’s pretty much Minnesota incarnate.

A large majority of newer fans prefer Mike to Joel.

Mike is consistently light hearted, funny and, in theory, appeals to a wider audience.

However, I like to think of Joel as an acquired taste.

Much like how a sneaky kid is not likely to enjoy his first sip of dad’s unattended beer.

But, a few beers in, hey, this stuff is a revelation! 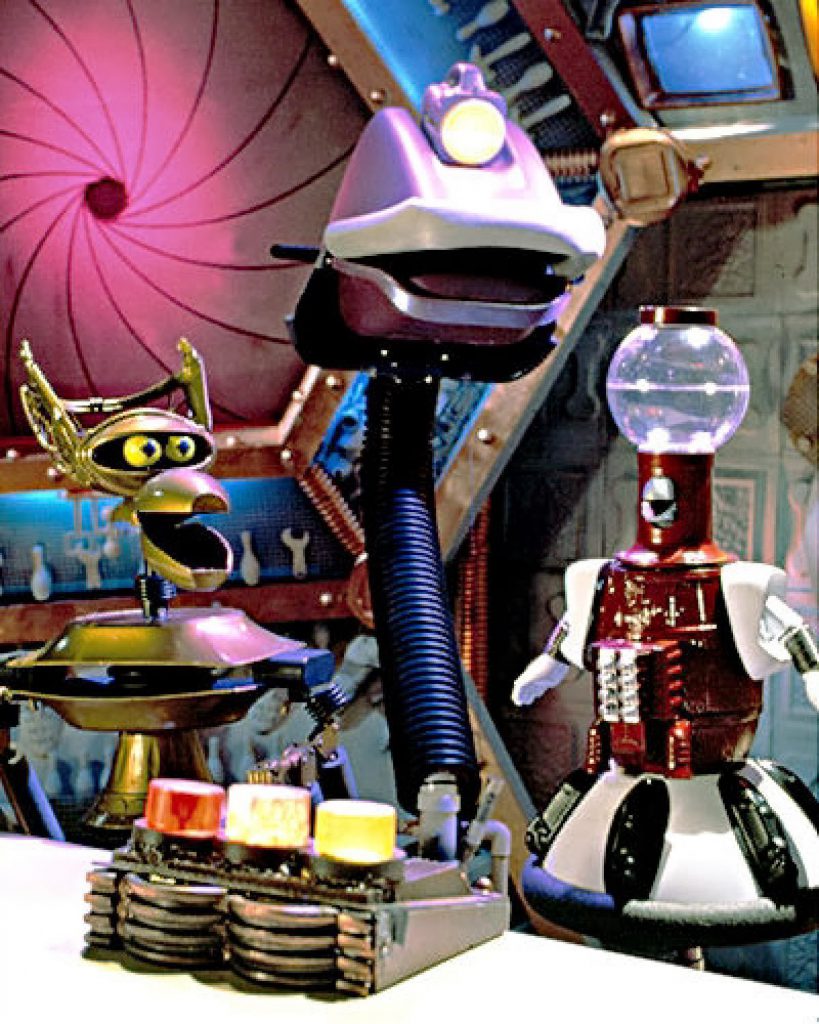 Servo is often at odds with his golden wisecracking counterpart, Crow T. Robot.

In the first half of the show, Crow was voiced by Trace Beaulieu, who also acted Dr. Forrester. The latter Crow was done by Bill Corbett who also played Observer.

Don’t let the voice switch throw you. Lots of people have a “favorite Crow.”

Personally, I don’t think I could ever choose one. Both Trace and Bill bring such different aspects of Crow to the table. 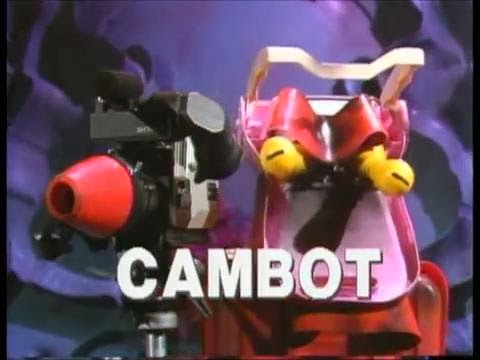 Then there’s Cambot, who is only ever seen in the opening credit sequences. Sometimes red and garish. Sometimes streamlined and grey. Cambot changes in appearance regularly.

Finally, we have Magic Voice, who announces commercials and sounds the alarm to go into the theater, also known as movie sign. Magic Voice is done by more than a few women throughout the extent of the show. 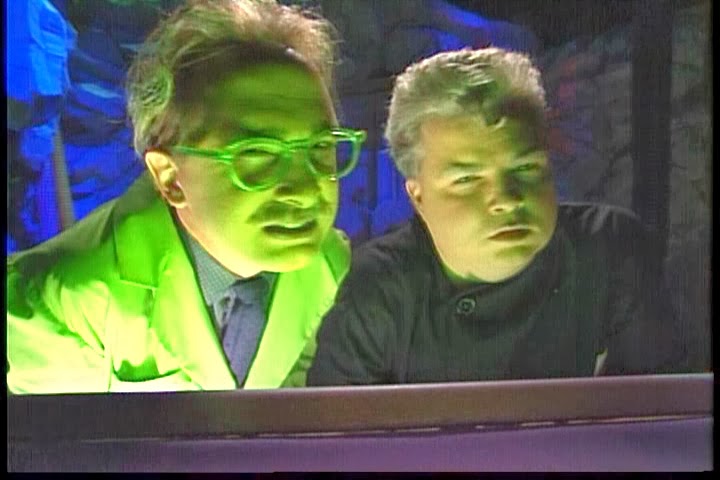 The mads are a complex lot. If you watch seasons 1-5, you’re likely to see Dr. Clayton Forrester and TV’s Frank. However, seasons 5-10 are often a mixed bag. You could get a solo Dr. Forrester or you may get his mother, Dr. Pearl Forrester.

Pearl has her own entourage consisting of Bobo and Observer. I know it seems confusing at first, but in all actuality the rotating cast really keeps it fresh. 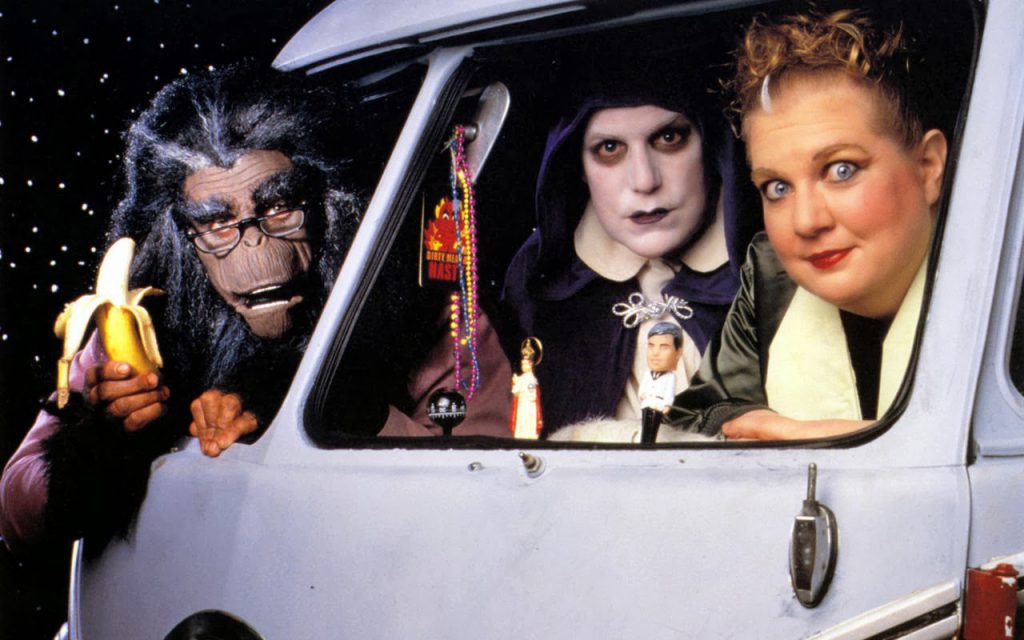 If you’ve made it this far, first of all, I commend you. Second, I realize that the casting is complex, but the more you know the easier it will be for you to adjust to the different hosts and rotating voices. This is like the 300 level class equivalent of cult television shows. And dagnabit, you’re doing swell!

Now, these five episodes, found in full here, will start you off on the right foot. If you’re going to jump in, dive in the deep end, right?

Perhaps one of my all-time favorites, this is the episode I always show to virgin MSTies. Troy, a gangly teenager, joins forces with a sweaty, middle aged man named Zap Rowsdower to find out who murdered Troy’s father. The movie itself is a disaster which provides plenty for Mike and the bots to riff off of. This is considered one of the most loved episodes across the board. Canada, Satanic cults, mullets. Need I say more?

Notable Riff:
“Stay with me, Troy, and I’ll guide you in the ways of alcohol, cigarettes, and meat.”

If you were to combine Mac & Me with an 80’s Euro-Pop music video, you’d still have to add two more movies to even come close to the modge podge monstrosity that is Pod People. A wildly popular, nameless band unsuccessfully tries to record a song and instead takes a vacation in the mountains. Next, a young European boy hides a phallic space alien, aptly named Trumpy, from his American-ish mom. You’re probably thinking to yourself, “it’s as though the previous two sentences had nothing to do with each other.” You would be correct. That is this movie. Absolute nonsense. Also featured: copious amounts of fog and flannel.

Notable Riff:
“Boldly backing away from where no man has gone before!”

Although the intro is a little bit in-joke heavy and a touch awkward, the rest of this episode is pure gold dipped in diamond sauce. Joe Don Baker stars as Mitchell, an unlikeable, pouty, hungry, seriously alcoholic detective working on a homicide. He works around the clock, eating and sweating his way through the clues to find out who done it! The film also features a soundtrack caught between two genres. Sexy 1970’s meets country western. I’m sure that could work somewhere, but that place is not here. Halfway through the movie, Mitchell’s theme song plays over one of the most uncomfortable sex scenes I’ve ever seen in my life. And this coming from someone forced to watched the sex laden Like Water For Chocolate in a college classroom. On a more positive note, I’m a sucker for anything with John Saxon and he’s all over this. His jaw could cut a cake. Important to note, this is the episode in which Joel leaves the show and Mike assumes the position of host.

A very “talented” girl not only wrote and directed this film, but was “humble” enough to “star” in it as well. I use the majority of words in the previous sentence very, very loosely. Angels of death come to steal people’s souls once their time on this feeble planet has come to an end. Joe Estevez, of royal Estevez family fame, acts opposite the writer/director/actor/hair-flipper who eerily resembles Tonya Harding. Also the first episode of the very last season, this one’s truly special. Joel visits Mike and the bots to fix the failing S.O.L. Nerd alert: I totally teared up the first time I saw this segment. I was a hard core Joel fan growing up, it was hard to see him go again! Regardless, this episode is hands down in my top ten favorites.

Merlin’s Shop is, to put it lightly, an odd film. Really because it’s two films from two different decades hastily pasted together via narration by Ernest Borgnine. Merlin has come to the present, rather the early 90’s, to bring good and magic into the modern world. However, the magic tends to be evil and often ruins people’s lives. The first portion is about a heartless critic who gets his comeuppance and the second is about a murderous toy monkey. Makes sense, right? Perhaps they were going for an anthology feel, but they missed by a long shot. Some of the actors are so brutal the guys can’t help but laugh. This biff of a movie makes perfect fodder for the MST3K crew. Two bad movies do not a good movie make. A great episode though? Totally.

Extra Sources for the Budding MSTie:
Although Netflix has ganked a good portion of their movies recently, they’ve actually left their selection of Mystery Science Theater 3000 largely intact. It appears they’ve actually added some! Also, there’s a fantastic website that streams full episodes called www.club-mst3k.com. They have every episode available, including “Season 0” which I would recommend steering clear of until you’re more comfortable with the show. And finally, you can buy all of them directly from Shout! Factory at www.shoutfactory.com/mst3k.

So, if the combination of midwestern men, robot puppets, and atrocious movies are appealing to you, by golly, this is the television show for you. You’re now well on your way to becoming a fellow MSTie. Godspeed and may Gypsy be with you.