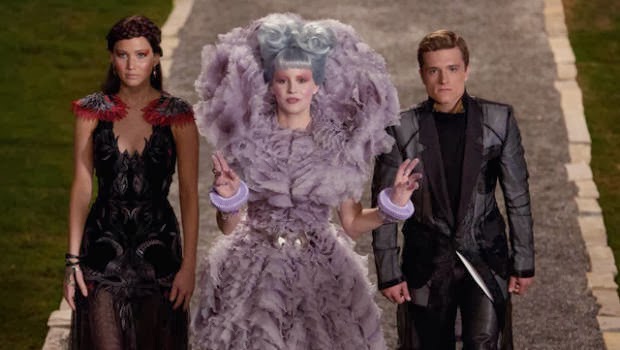 “Spectacular in every sense of the word.”
– Peter Travers, Rolling Stone 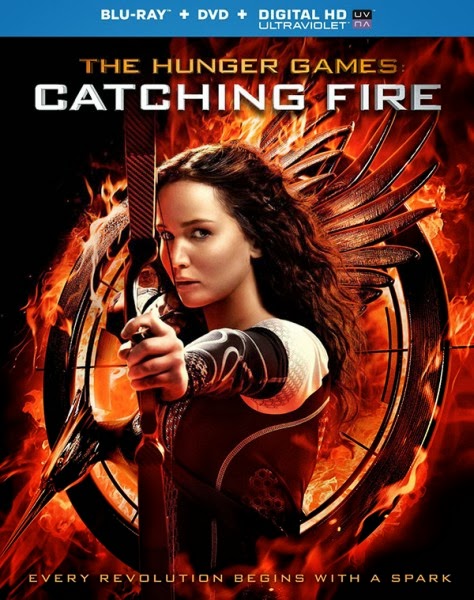 The blockbuster second film of The Hunger Games franchise that took the world by storm ignites once again when The Hunger Games: Catching Fire arrives on Blu-ray Combo Pack (plus DVD and Digital HD UltraViolet), DVD (plus Digital UltraViolet), Digital HD, Video on Demand and Pay-Per-View Friday, March 7 from Lionsgate (NYSE: LGF). Academy Award® winning Best Actress Jennifer Lawrence (2012’s Silver Linings Playbook) headlines the all-star cast in this action-adventure which became the #1 movie of 2013 and the 12th highest-grossing film of all time at the domestic box office. The first film with a female lead to top the annual box office since 1973, the film has grossed nearly $420 million at the North American box office and over $850 million worldwide to date.

The second installment of the worldwide phenomenon is packed with over two hours of extensive, must-see bonus materials that include a Blu-ray-exclusive behind-the-scenes look at the making of the film, “Surviving the Game: Making Catching Fire,” deleted scenes, an audio commentary with director Francis Lawrence and producer Nina Jacobson as well as a sneak peek at the highly-anticipated theatrical action film Divergent from Lionsgate’s Summit label. The Blu-ray Combo Pack and DVD will be available for the suggested retail price of $39.99 and $29.95, respectively.

Based on the best-selling second novel of Suzanne Collins’ award-winning trilogy, with a screenplay by Simon Beaufoy and Michael DeBruyn and directed by Francis Lawrence (I Am Legend), The Hunger Games: Catching Fire begins as, against all odds, Katniss and her fellow tribute Peeta have returned home after surviving The Hunger Games. Winning means they must turn around, leaving their loved ones behind and embark on a “Victory Tour” through the districts. Along the way, Katniss senses a rebellion simmering – one that she and Peeta may have sparked. At the end of the Victory Tour, President Snow announces a deadly 75th Hunger Games that could change Panem forever.

In this article:DVD News, Movies/DVD, Press Release, The Hunger Games