After a few months off to recharge my batteries, The Pull List is back and I couldn’t be happier!

With a new year comes a new direction as Graphic Novels will be the focus of the column.

So, let’s see what’s on the top of the pile… 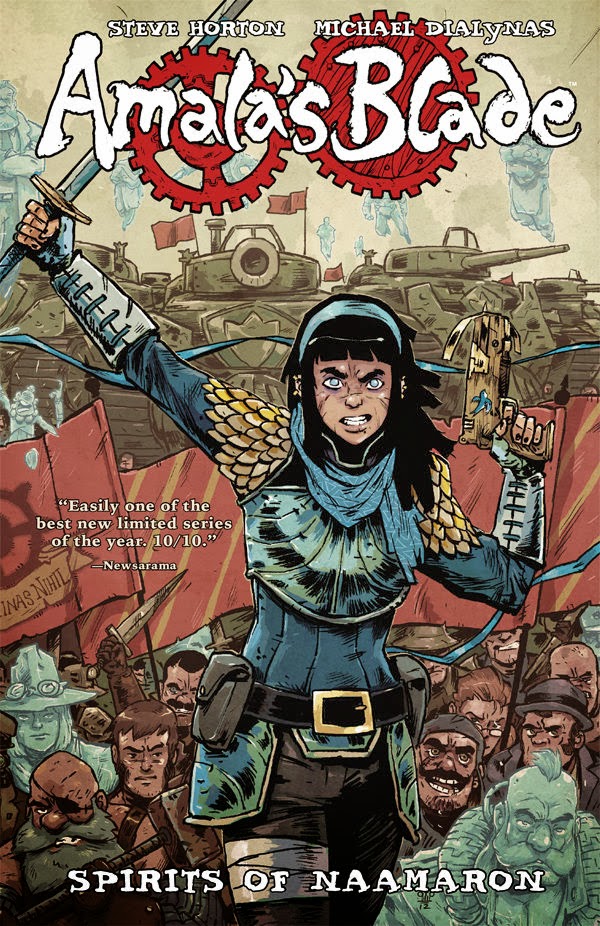 Dark Horse Comics had an amazing 2013 with a plethora of books covering both familiar and foreign territory.

One miniseries that came out of nowhere was Amala’s Blade which tells the story of Amala, a young female assassin who is drawn towards a higher purpose. This trade collects all six issues including the Dark Horse Presents prelude released in 2012.

At its core, the book’s charm is what makes this a fascinating cover to cover read.

Amala hates being forced into her line of work, but she likes killing which makes it odd that you would feel remorse for the character.

Writer Steve Horton makes it work flawlessly by adding a certain depth to Amala that hints at a goodness waiting to be freed. Killing someone who is just as evil as her employer, The Vizier (think Baron Vladimir Harkonnen from Dune) is fun, while taking the life of an innocent and less fortunate soul comes with a heavy heart.

Michael Dialynas brings sophistication to his animated style that is fun to explore and highlights the attributes of a perilous situation.

A ghost monkey is often perched on Amala’s shoulder during her swashbuckling adventures. Dialynas manages to make her look like a total bad ass. This may be hard to take seriously on its own, but add some angry looking fire breathing dragons to the mix, and it really establishes the wide array of themes in the story.

Coloring can make or break a depiction. Dialynas’ color treatment augments every image with saturated colors headlined by bold shades of blue. The colors bring out the detail in the pencil work, ultimately making the book more enjoyable.

One of the things that can makes graphic novels a preferred choice over single issue comics is how well they serve a story. Sometimes, I might forget something about the plot because I have to wait a month plus for the next monthly issue. A collection gives you the whole story or an entire arc. So much happens in Amala’s Blade that it really lends itself to this medium.

In addition, the creators go all in with concept art and journal notes that talk about what was intended and how it turned into what it ultimately came to be.

I couldn’t give this book a more glowing recommendation if you put a gun to my head. Steve Horton put the reader on a quest that produces a cornucopia of mystery, romance, humor and action. Amala is a character you love because she is a deadly cutthroat with a subtle heart of gold. Amala’s Blade: Sprits of Naanaron is a labor of love that no doubt will be the next shinning gem of your collection. 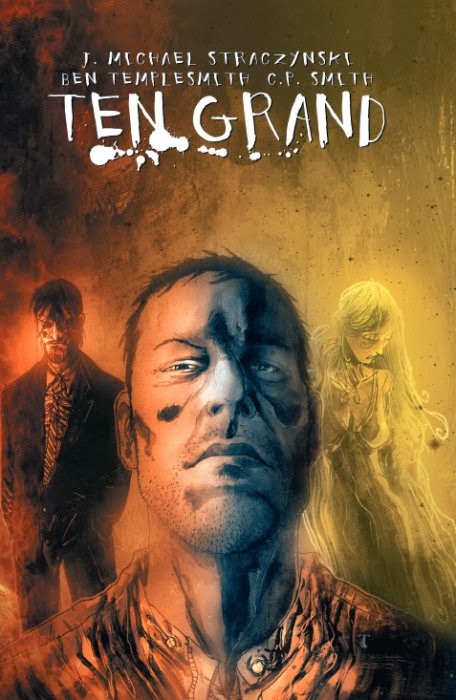 One of the things that stands out about this series is how raw and gritty it is from head to toe.

Joe Fitzgerald is a former mob enforcer who gets struck by cupid’s arrow when he meets Laura.

His devotion to her in life and in death is what motivates Joe to deal with the darkest of the dark.

J. Michael Straczynski crafts a captivating tale where those associated with Heaven and Hell are not as we thought they were. Joe cleans up the mess they’ve left on Earth and his payment for services rendered is time spent with his wife.

There is a catch, however, and it puts a mirror in front of the reader that begs the question if they would regularly fight angels and demons for love on someone else’s terms. The religious nuances are complicated by their own design. Hell is a nasty place but there is something deceitful about the heavenly light bestowed upon Joe at certain points.

Ben Templesmith does a fantastic job of keeping the consistency of a dark da Vinci-esque tone that is full of emotion. The illustrations are as coarse are they are gorgeous. C.P. Smith takes over the art duties in the final two chapters. This change in artistic style displayed that Joe has traveled to a different plain of existence which is clean and messy at the same time which compliments what Templesmith established earlier.

The difference in their art serves the story well and can be appreciated more in the graphic novel format as opposed to single issues release because a simple turn of the page instantly brings you to another world.

Joe Fitzgerald is far from perfect but you want the man to succeed. Part of you feels sorry for him while the rest hopes he can somehow shed some light in a place that has been seemingly devoid of it for quite some time. Death must be an absolute constant in order to feel the love he once knew.

Ten Grand is more than worth your time and money because it will give you a satisfying read that generates more excitement as the story moves along. 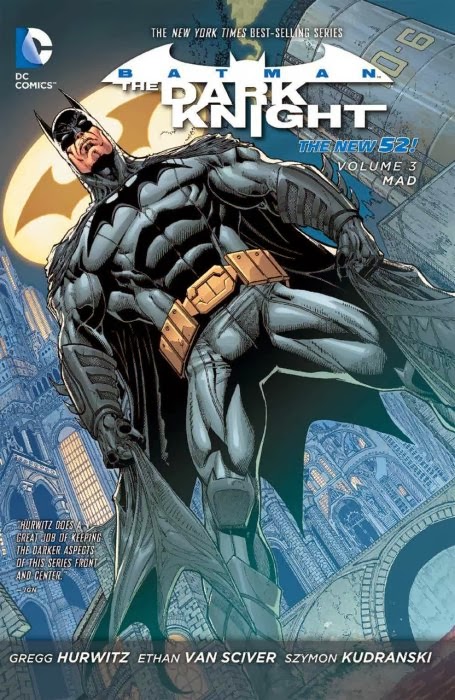 I gave up on this series a while ago and I’ve never been a fan of the Mad Hatter……until now.

Gregg Hurwitz brings the Mad Hatter character to a whole new level. There is no amount of telling you how crazy he is that will prepare you for how frickin crazy he really is.

Batman is stumped which is an uncommon feeling for the world’s greatest detective and no one in Gotham is safe as there seems to be no rhyme or reason to the Hatter’s scheme.

The artwork does a serviceable job of getting its point across but it is the Wonderland imagery that stands out.

If you’ve never seen Szymon Kudranski’s art then check out Penguin: Pain and Prejudice (also with writer Gregg Hurwitz) and you see a great representation of his work.

Remember all the times where Commissioner Gordon was still talking as he turned around only to find Batman gone? There is a pretty cool moment between these two that starts off with that familiar vibe but ends on a different but awkwardly entertaining note.

It’s a shame this series in ending in April. In many respects, The Dark Knight was the weakest of the five current continuity Batman books in circulation.

However, this story arc not only changed people’s perception of the series but it makes the Mad Hatter someone to be taken seriously.