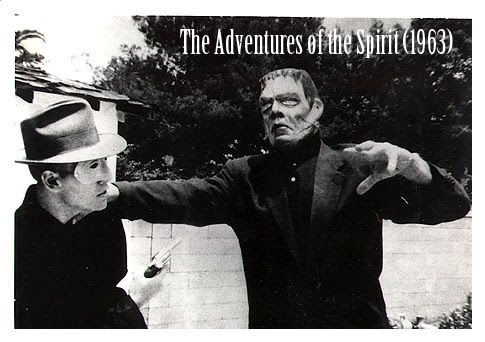 The young ‘uns of today will never know what it was like to hold an 8mm camera in their hands and shoot horrible homages to their favorite comic characters while wasting hundreds of feet of film that their dad bought in order to capture the family’s vacation to the Grand Canyon (nor will they have to face the consequences of that action).

I’m still not sure that if that’s a good thing or not but judging by this super-fun The Spirit short shot by a teenage Donald Glut (who is best known for writing the novelization Star Wars Episode V: The Empire Strikes Back), the lost art of making movies on film might be one of those talents that should be resurrected.

So check out what fan films looked like before the advent of digital cameras and YouTube after the break.

I still stand by my headline, this is much better than Frank Miller movie.

And just because I think it’s important for you to watch, here’s Glut’s 1965 Superman flick, Superman vs. The Gorilla Gang: