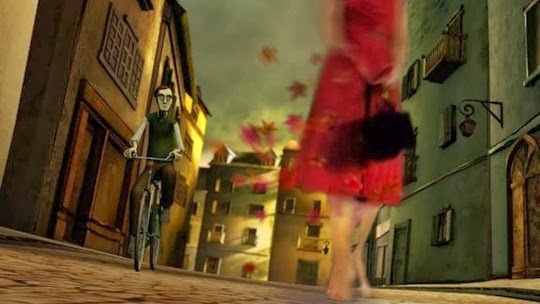 Back before lysergic acid diethylamide-25 actually became the LSD we know and love, Swiss chemist Albert Hofmann was synthesizing the chemical for the sole purpose of creating a pharmaceutical that would act as respiratory and circulatory stimulant when a few drops of the chemical was accidentally absorbed into his fingertips.

Hofmann described the feeling of intoxication as “…affected by a remarkable restlessness, combined with a slight dizziness. At home I lay down and sank into a not unpleasant intoxicated[-]like condition, characterized by an extremely stimulated imagination. In a dreamlike state, with eyes closed (I found the daylight to be unpleasantly glaring), I perceived an uninterrupted stream of fantastic pictures, extraordinary shapes with intense, kaleidoscopic play of colors. After some two hours this condition faded away” which is a very intelligent way of saying he totally tripped balls.

A few days later (April 19, 1943 to be exact…also known as “Bicycle Day“) Hofmann dosed himself with 250 micrograms of LSD and decided to ride around on his bike, thus becoming the very first person to go on an acid trip.

And to capture what it might have been like for Hofmann on his bike, Italian animators, Lorenzo Veracini, Nandini Nambiar and Marco Avoletta, have created a wonderful little animation that explores the altered reality of Hofmann in a way that makes me yearn for those days of yore when I would succumb to gel acid and spend the evening dancing to 80s club music among friends…(sigh).