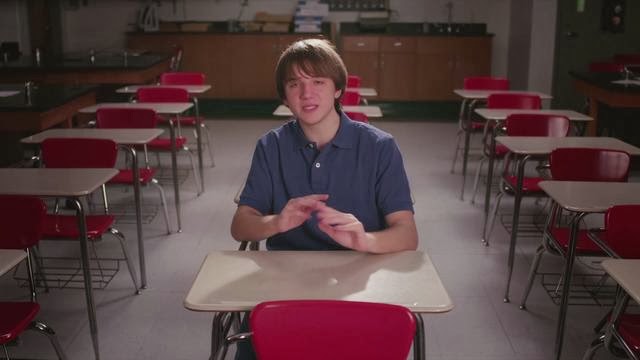 Last week I was in Hawaii lying on a beach, sipping on Mai Tais and thinking that I had finally reached the pinnacle of personal success before passing out on my towel and getting sunburned in places that should never have be revealed to the light.

You wanna know what fifteen year-old Jack Andraka was doing with his time? Figuring out a way to create a test that would detect pancreatic cancer early, giving people a better chance to survive the disease.

Yeah, that trip to Hawaii doesn’t seem so awesome now, does it?

And what better way to rub the all the incredible failings of my life into my face, than to have Morgan Spurlock create a mini documentary about Mr. Andraka which has not only made me ponder every one of one of my poor life choices, it has also made me realize that I’m glad some brilliant kid is there to pick up the slack that I have so obviously dropped.

Kudos to the kid, now if you will excuse me I’m going to go lay in a corner somewhere and feel bad about myself.

Documentary after the break.