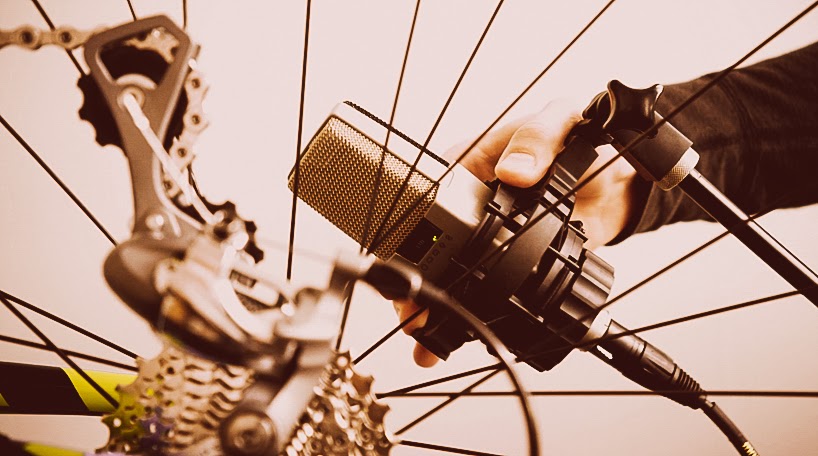 Creating original music takes true talent. Creating original compositions using nothing but the components of a bicycle takes even more talent (not to mention imagination) than should be humanly possible (how does one even think of something like that?).

So I guess it’s safe to say that composer johnnyrandom is probably one of those extra-special people for whom skill, talent and a hell of a lot of musical ju-ju just comes naturally.

And in this amazing piece titled Bespoken, the musical wunderkind has managed to combine almost every part of a bike into a melodic instrumental that sounds way more musical than anything ever constructed on a synthesizer (or drum machine for that matter).

It is simply breathtaking (especially if you like ambient music).

After the break is a short video of the piece (an excerpt really) as well as link to Soundcloud (where johnnyrandom has broken down each of the bike parts used to create Bespoken) and iTunes where you can download it.

Here’s a preview of the song:

The song breakdown can be found HERE.

In this article:Found Sounds, Instrumental, Inventions, Listen to This, Music