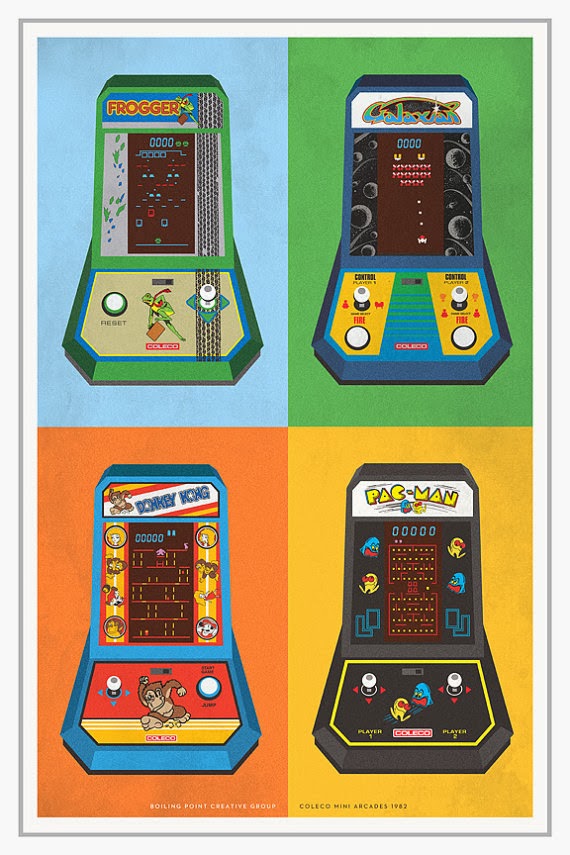 When I was a kid my mom would go into long intricate stories about her various toys that she grew up with, and the only thing that would keep me from nodding off was the way her eyes would look when she would describe Cap Guns and Davy Crockett ‘Coon-skin caps (she was a bit of a tomboy). Her peepers (normally lowered into slits due to the fact that she was always trying to figure out what I was up to) would glaze over and her face would stretch into a wide, almost manic, smile as she told me tales of days spent running around the neighborhood with her brother, laughing and feeling absolutely free of responsibility.

Frankly I thought she was kind of a loon.

But then I saw these prints from Boiling Point Creative and I too found myself traveling back in time when hours could and would be lost to hand-held games like Simon and Merlin or spelling out obscenities so that the Speak-n-Spell would say horrible things out loud (and oh how I coveted The Little Professor, but never received it and that pain has still has managed to tarnish my soul after all these years). 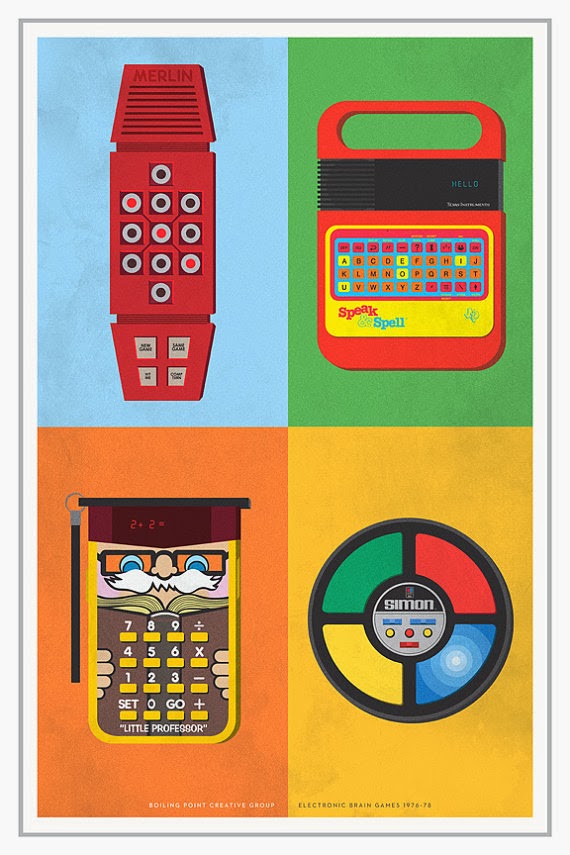 My husband, gripped in his own strangle hold of nostalgia, teared up when he spied not one, not two, but all four of his cherished Sport games (and trust me, as a Jew we were only “athletes” in the hand-held sense) which took him back to those days when time spent playing games on the toilet could stretch out for beautiful, solitary eons. 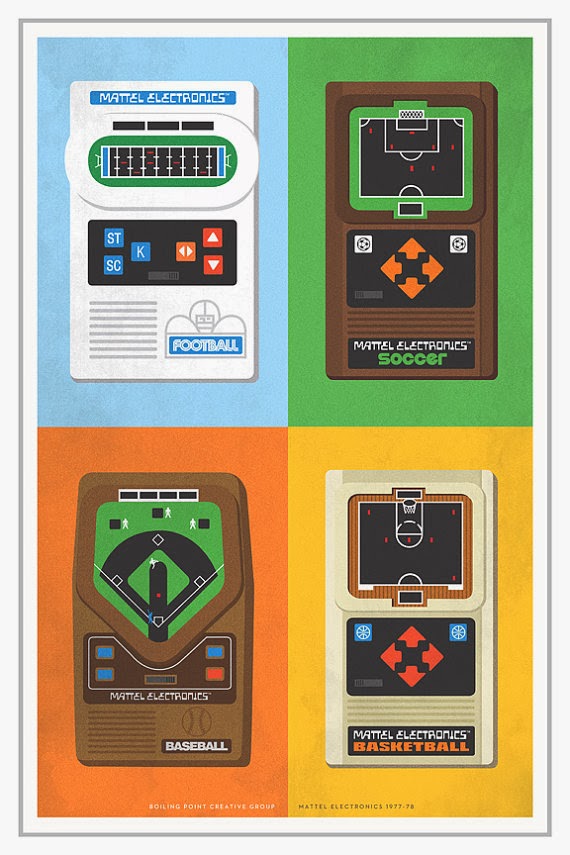 It is true that those golden memories can mask long ago pain (for all the toys we never had) but there is something so pure and joyful about seeing those tangible things that marked our childhood with perfect moments that makes one glassy-eyed and misty for simpler times when your only desires in the entire world required just two AA batteries to achieve.

So yeah, I’m hanging these prints on the wall and when small, bored children ask me what being a kid in the 80s was like I will point to the Speak-n-Spell and tell long tales of spelling out the word “Fuck” and “Shit” and trying to convince my mom that it was my brother who said them.

And, trust me, that is a hell of a story kids.

(note: The prints are 16 x 24 and are priced $25 each.  If you want something a bit more user friendly, there is also a set of greeting cards containing all twelve images for $55)