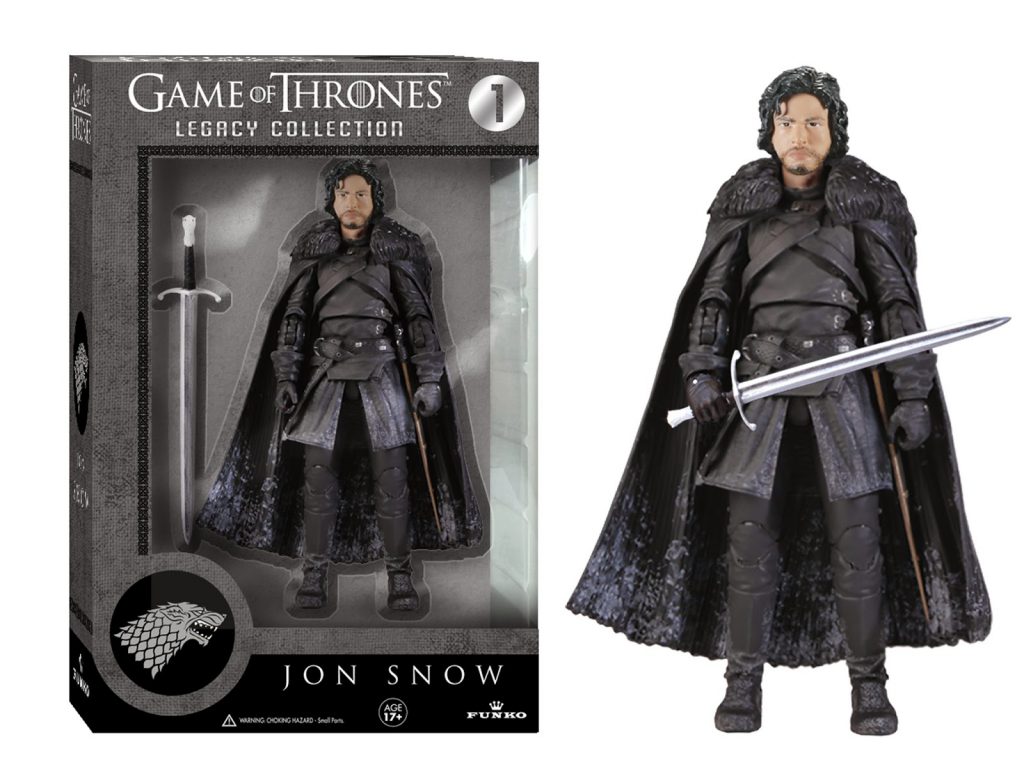 Funko is excited to announce a new line of highly articulated action figures celebrating some of pop culture’s biggest franchises. The hit HBO® series Game of Thrones® will be the first license released in the Legacy Collection, which is currently available exclusively in Barnes & Noble stores nationwide in time for the Game of Thrones: The Complete Third Season DVD release on February 18. It will follow at additional retail partners on March 4.

The first wave of the Game of Thrones Legacy Collection introduces some of the series’ most popular characters. Each action figure will feature 20+ points of articulation and its own removable accessories. 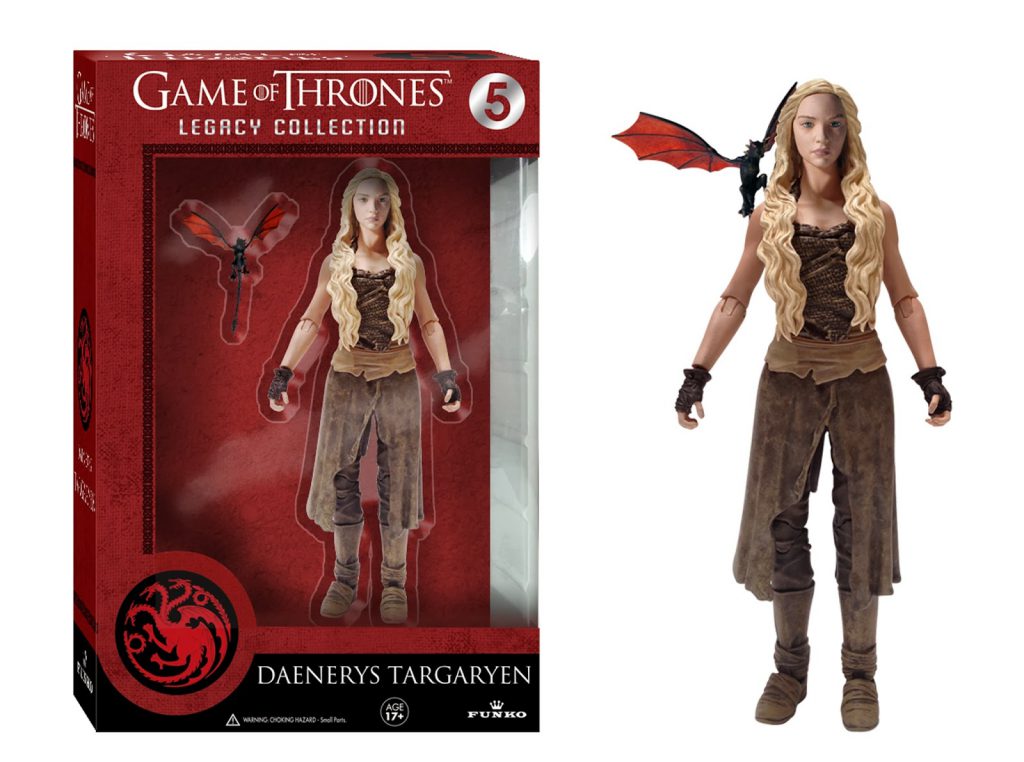 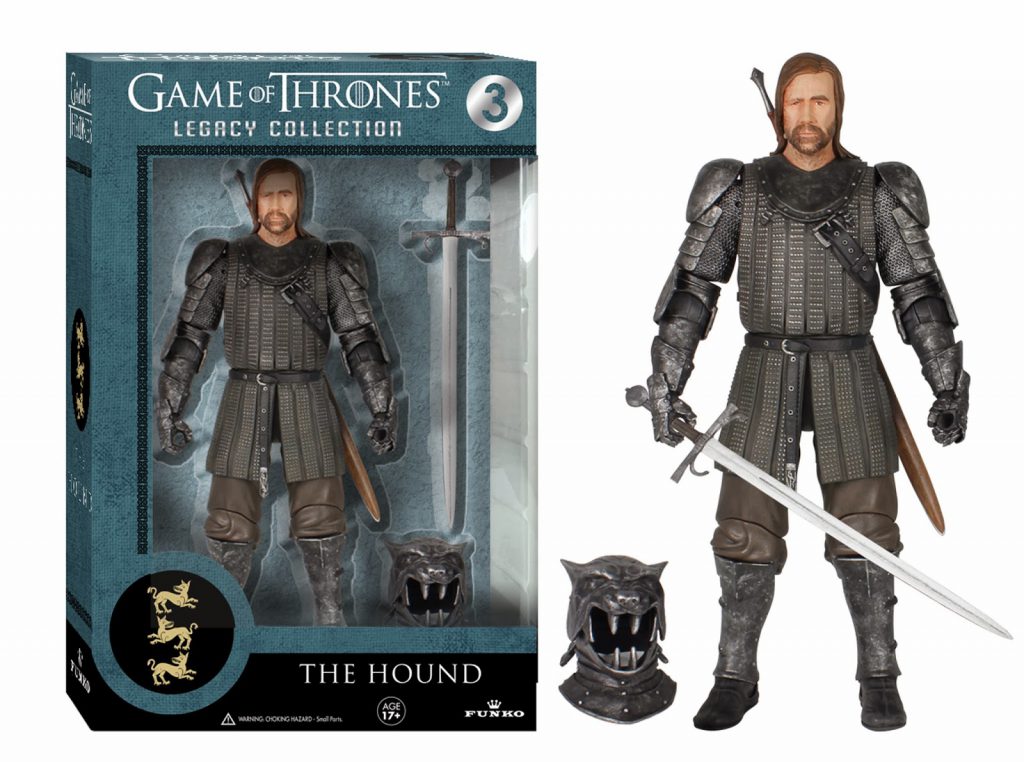 The Hound is a 6.5″ tall highly articulated action figure which features two swords and a helmet as accessories. Ages 17+. 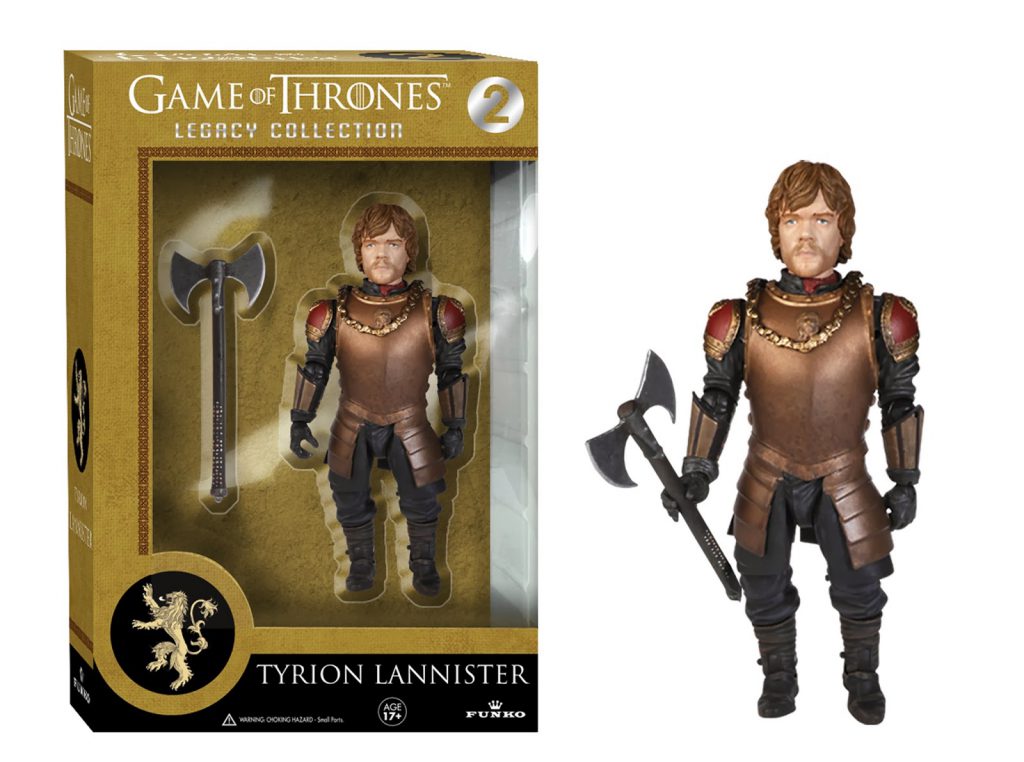 The Tyrion Lannister Legacy Action Figure is a 6″ tall highly articulated action figure that includes an axe and a necklace as accessories. Ages 17+. 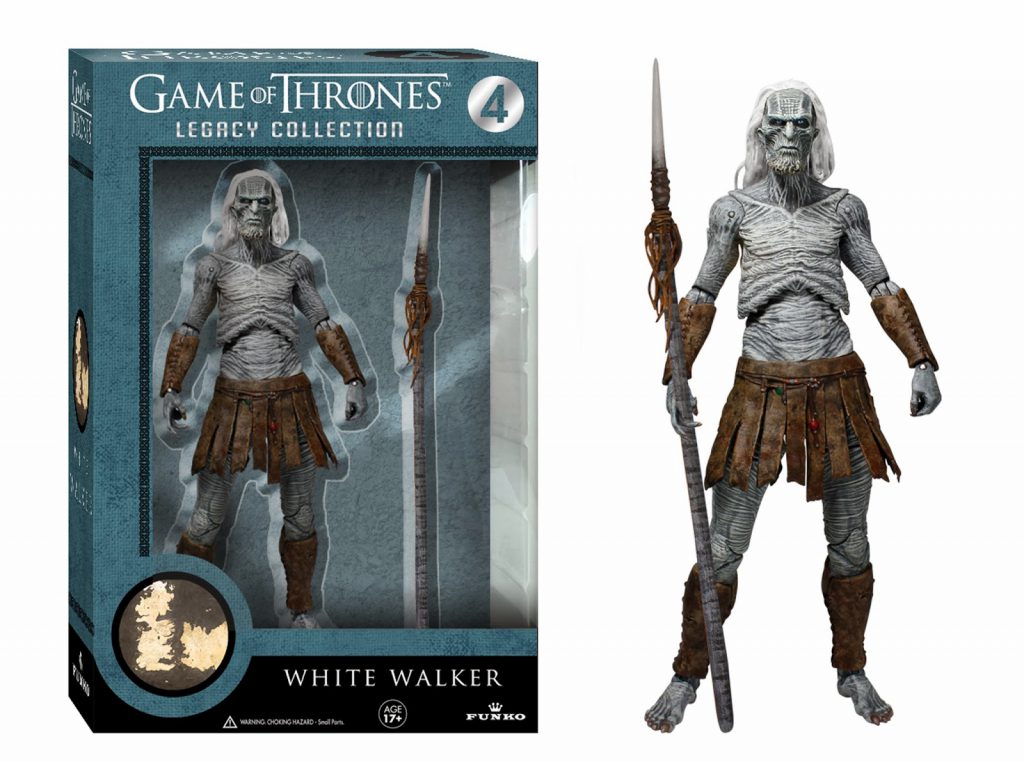 The White Walker Legacy Action Figure is a 6.5″tall highly articulated action figure. The figure features a spear as an accessory. Ages 17+. 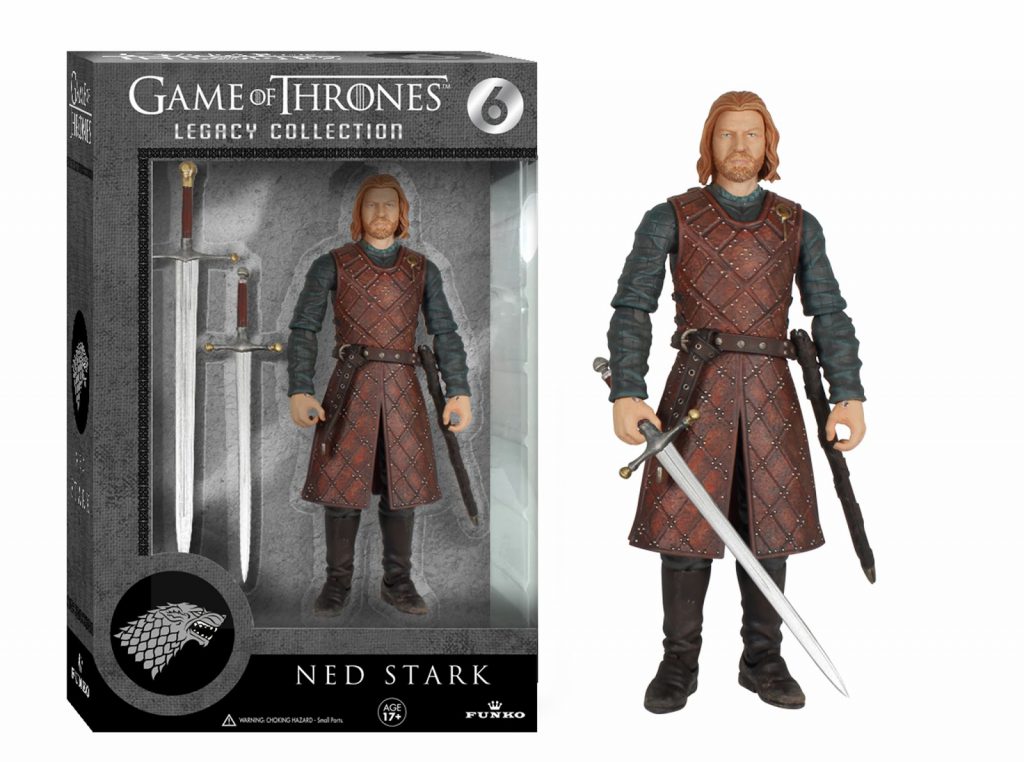 The Ned Stark Legacy Action Figure is a 6″tall highly articulated action figure that comes with a sword as an accessory. Ages 17+.

About Funko
Funko is a pop culture licensed-focused toy company located in Lynnwood, WA. Funko prides itself on being purveyors of all things pop culture. Funko has licenses with over 150 television shows, movies, and video game and pop culture titles. For more information, visit www.funko.com.

About HBO Global Licensing:
HBO Global Licensing officially licenses the HBO® brand for the development and merchandising of innovative product lines inspired by the network’s award-winning programming. With products created around classic series like the The Sopranos® and Sex and the City® to current hits like True Blood® and Game of Thrones®, items include fashion apparel, jewelry, digital and CD soundtracks, games, books as well as exclusive, premium collections in partnership with upscale, designer brands. Merchandise can be purchased in retail stores nationwide, at https://store.hbo.com, and at the groundbreaking HBO retail hub, the HBO Shop®, located at 42nd and 6th Avenue in New York City. HBO Global Licensing products are also sold internationally across Europe, Asia and Australia.