I’m freezing. I wanna know, since when did the term “winter vortex” become part of our daily conversations?

As Drew Carey once said on a subzero day as he stood on his front porch spraying an aerosol can in the air:

“Where’s that global warming when we need it?”

If you’re anywhere within a broadcast radius where TV weathermen deliver the line “chill factor” with all the seriousness of Frank Sinatra telling a bartender there’s no last call when he’s at the bar, then you’ve been suffering through “bone chill factor” temperatures for the better part of this winter. 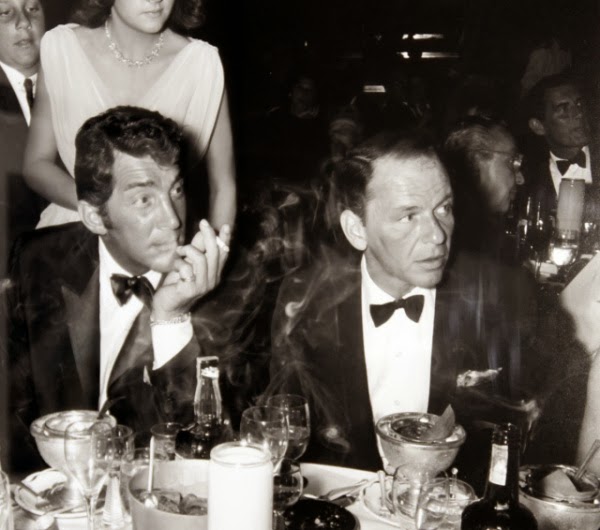 As a victim of this Arctic blast, not even overhearing a conversation between Ozzy Osbourne and Keith Richards could melt the frostbite around my funny bone enough to laugh.

Okay, I take that one back. I think it would be funny, but the thought still didn’t make it any warmer around here.

People in the northern climates are getting slammed this winter with wave after wave of frigid air that makes going outside a cause for brain freeze. If you haven’t felt it, no words can describe it. If you have, your description would leave us cold because no words could do it justice.

As my buddy Canadian deejay Bryan Cox described it to me in an email: “It’s been so cold up here that Walt Disney moved in next door.”

For a rise in temperature, I’ve been searching for relief in my personal classic rock archives, which is a corner in our basement my wife has vowed never to touch until after I’ve gone off to visit Uncle Walt in his Frozen Kingdom. Following my personal last call she’s also vowed to put everything on eBay. But before she cashes it in for a one way ticket to paradise (meaning Disneyland and not a rendezvous with Eddie Money) I’m still the ruler of my own Musical Kingdom.

So as I was saying…

I’ve been going through the archives looking for the best classic rock songs to warm things up until we reach the time of year when we can kick on the air conditioner to blast out the summer heat we’ll be complaining about. But the obvious choices from hot to trot oversexed rock stars just aren’t bringing out the sweat factor I’m looking for.

It’s no secret rockers from every generation have been turning up the heat singing about their sexual prowess from the bedroom to the backseat of daddy’s T-Bird. 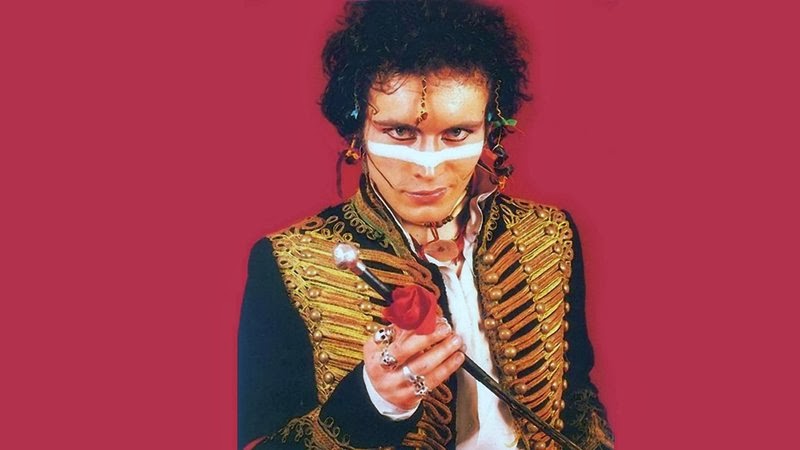 From Adam Ant putting the moves on a goody two shoes to Steven Tyler making love in an elevator, it’s pretty much all been said and… yes… wait for it… done.

After all, that’s the true definition of rock’n roll. We’ve rocked and we’ve rolled and that’s why there’s a younger generation that has never heard of Adam Ant and only know Steven Tyler from American Idol. But I’m not traveling the traditional rock’n roll sex machine route today.

That would be too easy.

Admittedly that last statement would get any groupie immediate backstage access, but we’re looking for more than that right now. Donna Summer singing Love To Love You Baby or The Raspberries coaxing us to Go All The Way could certainly heat things up, but we need an immediate rise in body temperature. There’s no time to waste on foreplay because it’s too damn cold and we just wanna get warm.

So to jump right into the heat of things here are… 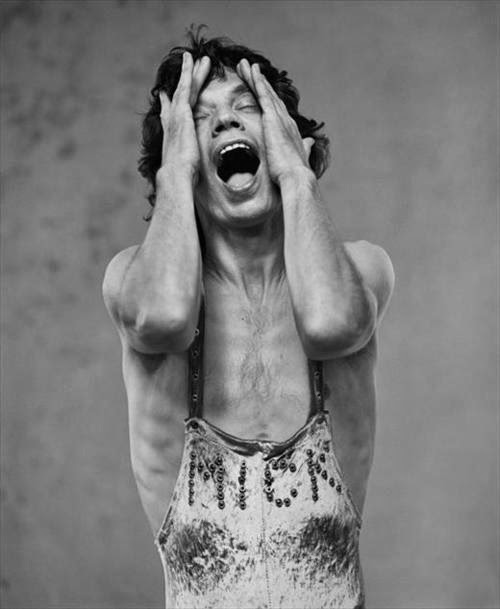 This two song medley should be the soundtrack while following a snowplow down the freeway. The windshield defroster is on high in a losing effort to melt ice caked on the wipers and both a credit card and expired AAA Card are clutched in gloved hands waiting for the inevitable off road collision with a snowdrift. In case of such an emergency, I keep the Triple A renewal number on my cell phone speed dial to activate before calling a tow truck. It’s called experience people…

She’s So Cold might describe the rare girl who got backstage at a Stones concert without playing the easy card. But body temperature results are what we’re looking for and this chilly situation obviously made Mick Jagger “so hot for her.” Substitute Winter Vortex for the not-so-easy girl and the imagined rise in temperature has already brought a little circulation back to my fingers.

This song was from the 1980 Stones album Emotional Rescue and carries the image of a not that young anymore Mick gyrating and pleading for some sexual healing. He’s working up a sweat in the process, which could also serve as a Frostbite Rescue. But to really make this rock classic do a Martha Reeves on us (think Heat Wave people…) it needs to be teamed up with…

She Was Hot from the 1983 album Undercover. This one is a U-Turn from She’s So Cold, which is what I almost did by getting too close behind a snowplow. That potential AAA activating experience made me start sweating, but thinking back on the video for this rocker, the heat generated onto Mick and Keith had them perspiring profusely.

The video co-starred Broadway song and dance actress Anita Morris as a sex siren who appeared to be too much for the boys in the band. They rocked and she rolled, MTV banned portions of the video, and as Mick happily admitted: “I was hot, I was dripping sweat.”

No. 2 – Hot Blooded by Foreigner 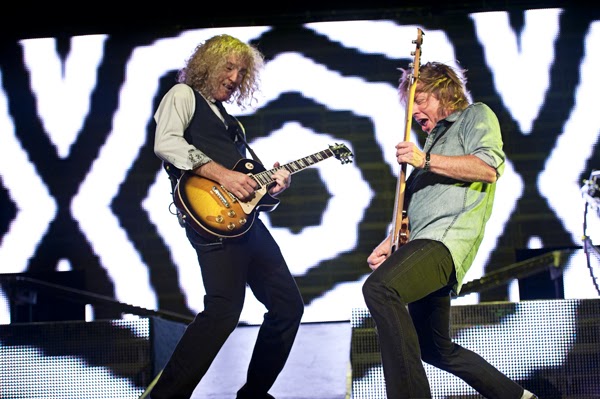 Now we’re getting warmer. In fact, it’s starting to feel a little too hot in here. Another Mick (Jones) crafted a guitar lick that brought singer Lou Gramm‘s temperature “up to 103” degrees. To quote an annoying friend whose summer heat wave quotes annoy me even more: “Is it hot enough for you?”

During any other season that doesn’t include a winter vortex, if I reached that body temperature my wife would open her eBay account. But right now it would feel pretty good.

Hot Blooded was a major hit for Foreigner off their 1978 album Double Vision. It’s still a major hit in bringing generations of rock fans together on dance floors. And to use the same description for a third and final time (so it doesn’t annoy you too much) the sexual punch of the lyrics are enough to make any guy old enough to have owned the original vinyl album think he’s still a major hit while building up a sweat gyrating on the dance floor.

No 1 – Burning Love by Elvis Presley 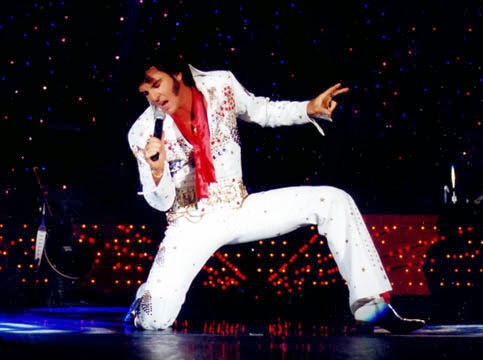 When you can describe yourself as a “hunk of burnin’ love” the chill is not a factor anymore. You can ditch the winter clothes and grab a towel to wipe off the sweat. In the temperature challenge, The King upped the ante on Foreigner by a full six degrees:

Jack Frost and the Winter Vortex, which I’m now publicly claiming as the name for my next band, would melt down to the bottom of the winter music charts if they had to follow this song. Elvis, who was also The King of Gyrations before Jagger ever rooster strutted across a stage, brings so much heat, “It’s burning through to my soul.” Could he make it any clearer?

Burning Love came out in 1972 and was Elvis’ last top ten hit. So at least the heat was still working for him. It hit the charts before he sadly turned into a bloated self-parody of the lean rock’n roll sex machine that had shocked an older generation in the 1950’s. Most of the rockers that followed in the decade after him sited Elvis as a major influence and Burning Love was a last hot glimpse back in time.

This was the thinner, jump-suited Elvis who could still fill an arena with screams after a flick of his wrist or a twist of his hips. As someone who experienced one of his concerts that year, I can tell you firsthand the women around me and the performer on stage were hot and sweaty messes by the end of the last song and the final announcement that “Elvis has left the building.”

I know there are still a few months left in winter, but I’m starting to feel a change.

Can someone kick on an air conditioner? It’s getting a little hot in here…