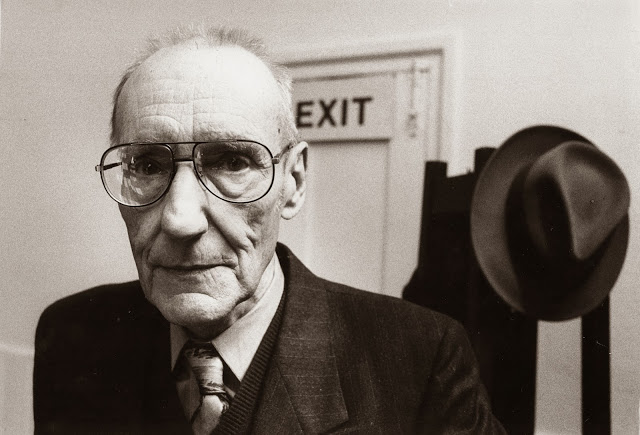 Yesterday would have been the Old Man’s 100th birthday. I’ve always called Burroughs “Old Man” not in an attempt to mock his age or to belittle his literary accomplishments (no sir) but as a sign of the utmost respect for a man who introduced me to the splendid evolution of writing that not only opened my mind but my third eye as well.

I was 14 at the time I found a copy of Junky at my local library (and believe me, what a treat that was, for a small town, Mac Library was certainly fond of subversive writers and introduced me not only to Burroughs but to Charles Bukowski, Richard Brautigan, Kathy Acker and Hunter S. Thompson…in succession thanks to a very awesome librarian) and from that moment on, I was never able to look at books the same way ever again.

In fact, you can say that Junky, Nova Express, Naked Lunch, The Cat Inside, The Yage Letters, Queer and so many of his other works sparked a certain literary divination in me that has not only made me into the writer I am (even though it is so very obvious I am no where near Burroughs talent and that’s perfectly okay with me) but made me exceptionally fond of any author who starts off a blank page by folding in time and space and creating something almost laterally apocalyptic in nature (I’m looking at you David Wong).

Now, to give the Old Man his proper due here’s an interesting bit of TV Trivia. In 1981 Burroughs made his very first appearance on American TV, not on some news program, but on Saturday Night Live (yes, once upon a time SNL was every bit as subversive as Burroughs).

No he wasn’t doing a skit, simply reading from both Nova Express and Naked Lunch.

Yep, he simply read…how fucking underground is that?

Take a look at the video (which is grainy, I’ll warn you now) after the break.