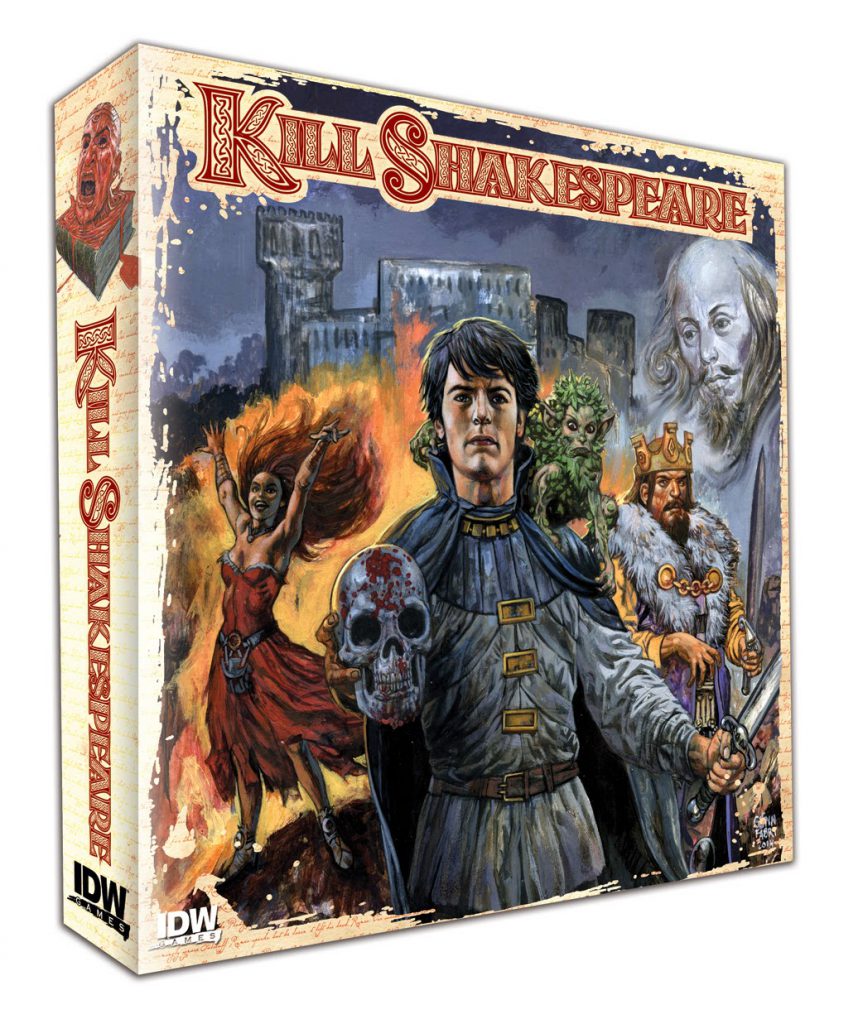 IDW Games in cooperation with Pandasaurus Games launched a Kickstarter campaign for their first joint venture, Kill Shakespeare. The campaign’s goal is $25,000, and there will be a series of stretch goals in place that will make incremental improvements to the game for each milestone hit. With an amazing creative team in place and two world-class artists delivering the box and game art, this campaign is poised to be a huge success!

“We’re excited to give fans – both old and new – this early-bird opportunity to check out the board game,” said Anthony Del Col, co-creator of the Kill Shakespeare comic series. “This is the first game from IDW Games, and we’re blown away by how amazing it’s shaping up to be – they’ve done a fantastic job of adding to our already-expansive world. We’re glad that this Kickstarter campaign will allow audiences to get copies before anyone else, and we look forward to hearing back from everyone throughout the campaign.” 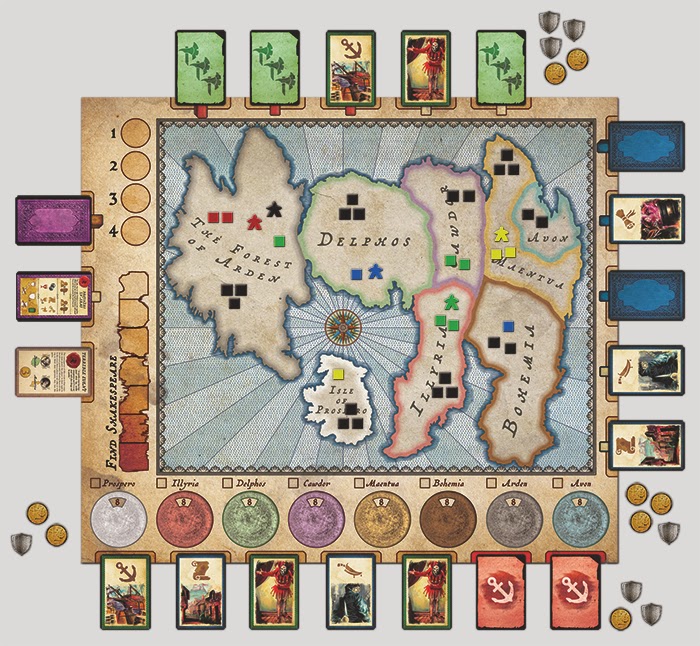 The first 250 people to back the Kill Shakespeare campaign will secure copies of the game at the deepest discount available. No matter when fans pledge during the campaign, the game will be offered $10 under suggested retail price with free or discounted shipping around the globe!

This campaign offers fans the chance to pick up additional content ranging from comics to lithographs to a set of custom dice. Stretch goals are in place to improve the quality of the game components as well as expanding game content to include more characters and quests.

“Kickstarter offers us a platform to truly connect with the fans,” said IDW Games Director, Jerry Bennington. “What’s being done on the site is amazing, and we’re proud to bring our project to the community. We invite backers to take an in-depth look at the game we’re delivering and to comment on what we can do to deliver the best possible tabletop gaming experiences. With this project, IDW will continue its history of delivering unparalleled quality, and I, for one, am excited to see what kind of stretch goals end up in the final box!”

For more details or to make a Kickstarter pledge, click HERE!