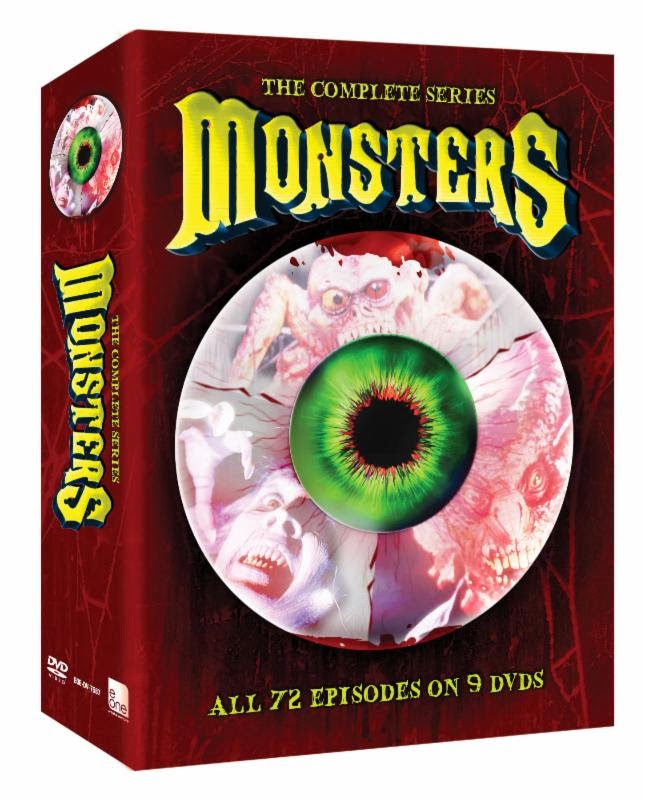 THIS MARCH, ENTERTAINMENT ONE UNEARTHS ALL 72 NIGHTMARE-INDUCING EPISODES OF THE FAN-FAVORITE TV SERIES FROM THE PRODUCER OF “TALES FROM THE DARKSIDE” — NEVER BEFORE AVAILABLE ON DVD!
MONSTERS: THE COMPLETE SERIES

Leave the lights on! The fan-favorite syndicated horror anthology series from executive producer Richard P. Rubinstein (Tales from the Darkside, Dawn of the Dead, Creepshow, Frank Herbert’s Dune, Children of Dune) that ran for three heart-stopping seasons on the Sci-Fi Channel (now Syfy) in the 1990s makes its chilling DVD debut on March 4!

Across 72 episodes of this 9-disc collectors’ set, Emmy® and Academy Award®-winning make-up effects artist Dick Smith (The Exorcist, The Godfather, Amadeus) brings to life the monsters that nightmares are made of – from the gruesome and grotesque to mutations beyond your wildest dreams, MONSTERS‘ horrifying creatures haunt each of the modern-day fables of fear and stories of unearthly terror that comprise the suspenseful cult-classic series. MONSTERS features adaptations by horror masters Stephen King and Robert Bloch and includes an enviable cast of guest stars, including Steve Buscemi (“Boardwalk Empire”), Lily Taylor (The Conjuring), Chris Noth (“Sex and the City”), Deborah Harry (Blondie) and many more! 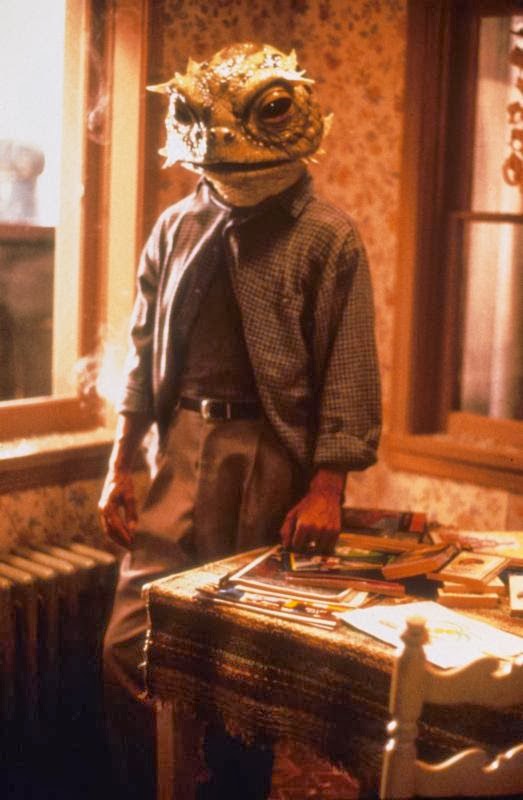