Paramount’s stunt of releasing a new vulgarity-laden “R”-rated cut of Anchorman 2 to theaters this weekend is a brilliant bit of counterprogramming.  It’s positioned squarely against the release of “Son of God,” a solemn, faith-based movie that was whittled down from a much longer televised miniseries “The Bible” that aired last year, so this weekend is essentially a box-office showdown between two re-runs appealing to totally opposite masses.

The idea of an alternate cut of a hit movie isn’t exactly new.

DVD stores are rife with copies of popular movies available in dual “Rated”/”Unrated” or “Expanded” versions that typically offer both the theatrical release and an alternate version. With comedies like American Pie, Identity Thief, Ted, Old School and the first Anchorman, the unrated cut is typically rowdier and raunchier, and “unrated” horror flicks typically have their censored gore reinstated, but “Expanded” can mean more than simply stuff that earns a “hard-R” rating.

Top-notch fantasy filmmakers like James Cameron, Peter Jackson and Ridley Scott often oversee expanded versions of their epic movies on home video. The curious case of Ron Burgundy is the first time anyone can remember when an entire film has been re-edited scene-for-scene with alternate material. It’s also a rare case when, unlike when a studio pulls an epic film from release and issues a shorter version—Once Upon a Time in America and Heaven’s Gate are two terrific if non-comedic examples—this new Anchorman 2 will be a bit fatter, clocking in at over two hours.

Considering how most comedies begin to stretch their welcome at the 99 minute mark, this had better be some seriously funny stuff.

I will be there to witness it, out of curiosity mostly, but also due to that nagging and persisting feeling I’ve had ever since viewing Anchorman 2 that every joke could’ve been better. This is, after all, a largely improvisational comedy about the “80s Experience,” and Anchorman 2 could’ve—should’ve—been excessive and profane to the point of exploitation.

The stifling PC atmosphere of the PG-13-rated general release version ought to be well livened up with the utterance of a few choice cuss words every other sentence. Thanks to the versatility of digital editing, all it took was a few clicks and—voila!—Anchorman 2: The Legend Continues: Super-Sized R-Rated Version is ready to be beamed into theaters.

In celebration of this event, here’s a brief history of the rare occasions when a director tinkered with his already-finished film and the studio re-released it theatrically. 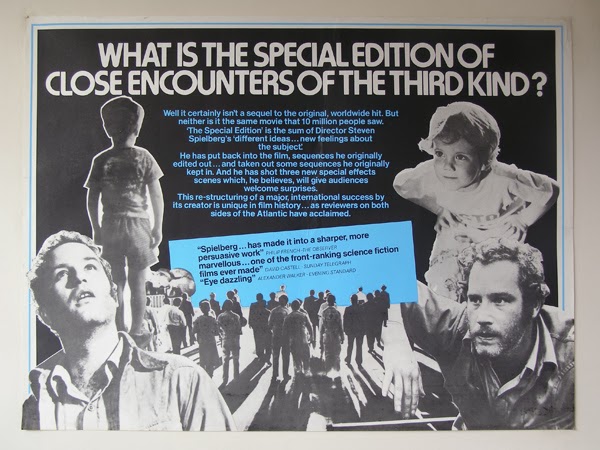 With so many popular and classic films available on DVD in multiple versions, Steven Spielberg frequently escapes blame/credit for being the godfather of the director’s cut. His U.F.O. classic Close Encounters is the first example of a major modern movie to be reissued into cinemas as an alternate version after it was already a wild success. Spielberg had enough clout to earn the right to restructure the movie, smooth out the pacing and insert new material…if he would merely satisfy the studio brass, who wanted desperately to rerelease the movie with an ad campaign focused on a new and never-before-seen peek inside the mothership. 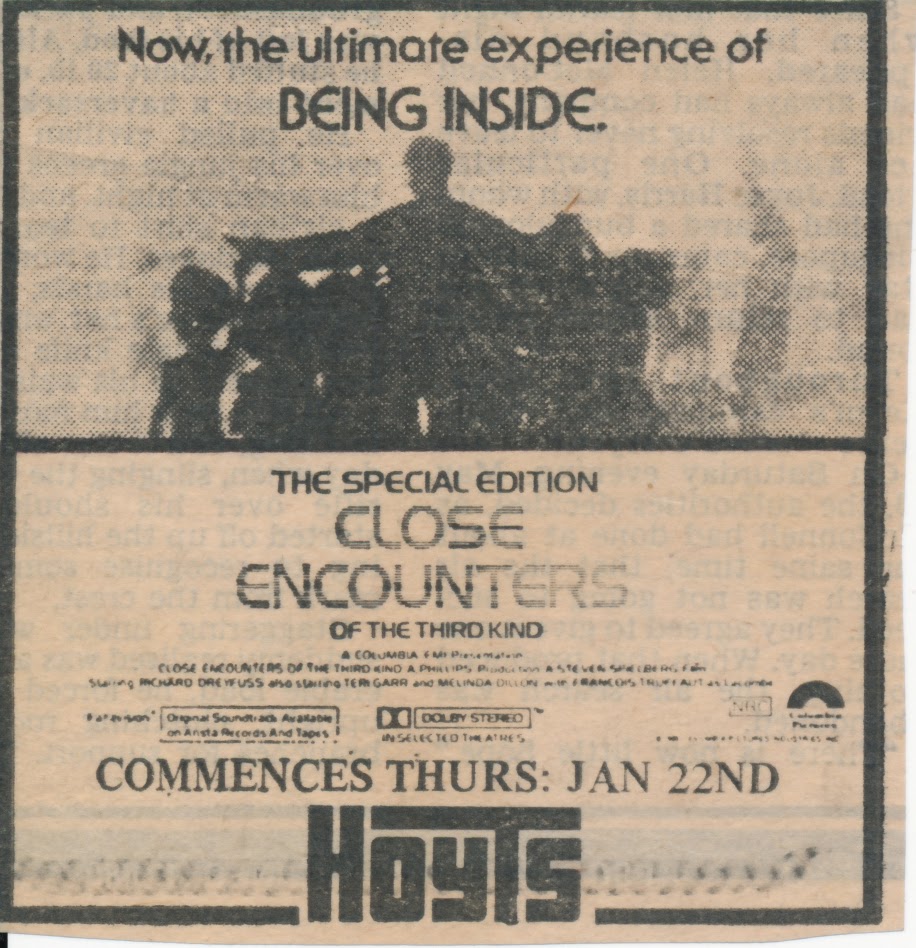 Spielberg promised the suits their light show, and in the process got a rare chance to reconfigure his movie. The midsection of “The Special Edition” version is tighter, with a lot more mystery and a lot less of Richard Dreyfuss tearing up his backyard to build a mountain in his living room. As feared, the shimming new effects inside the mothership are neat looking but superfluous—the view from inside was better left unconceived in the original release, and has since been removed from the third distinct “Final” cut of the film on Blu-ray. 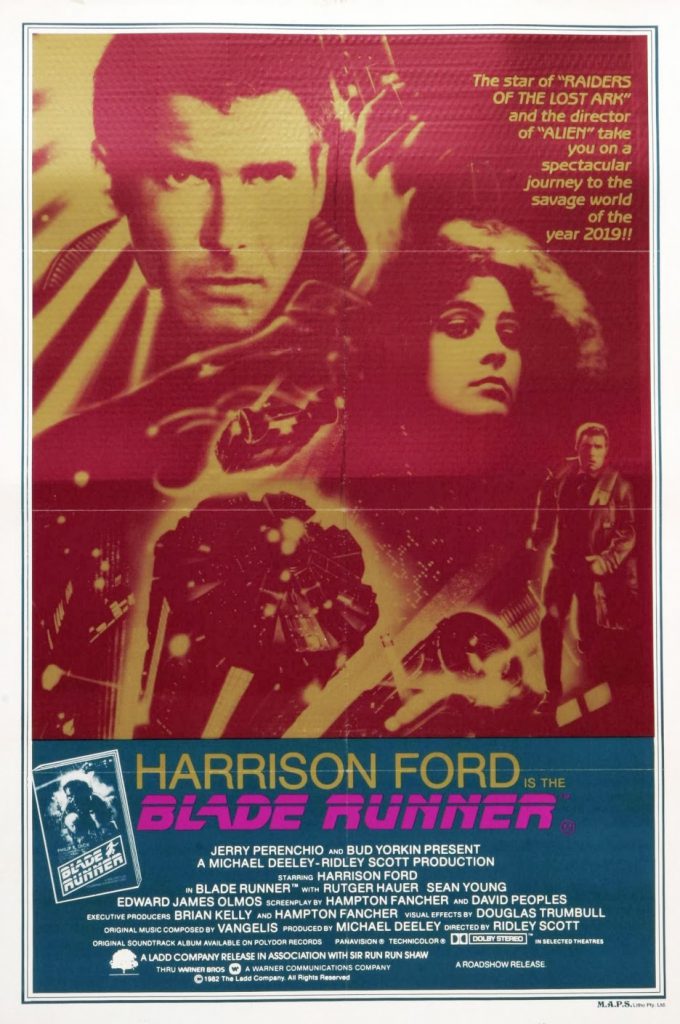 Technically, there are four distinct theatrical versions that played theatrically. The U.S. and International 1982 versions differ only by a few moments of grisly violence. The 1992 “Director’s Cut” eliminates Harrison Ford’s lethargic and totally unnecessary voice-over, inserts a crucial unicorn daydream sequence, and jettisons the original tacked-on getaway happy ending. Ridley Scott’s “Final Cut” in 2007 goes even further by tidying up some inconsistent dialogue and fixing some sloppy voice-over bits, carefully digitally augmenting certain visual effects, and re-editing the unicorn dream bit so that it’s just as vague as ever that Deckard is possibly a replicant.

Like most every other aspect of Scott’s landmark film, the changes are both subtle and vast.

Fans would surely be less hostile towards Darth Lucas for his risible and gratuitous “Special Edition” reissues if he’d only see fit to authorize a high-definition release of the original, unmolested trilogy. Now that Disney owns the franchise—and they’re the kings of the double/triple/quadruple-dip release—the archival classic versions could possibly maybe see the light of a Blu-ray player in the near future. I’m betting this will happen sometime late next year, timed to the arrival of Episode VII. 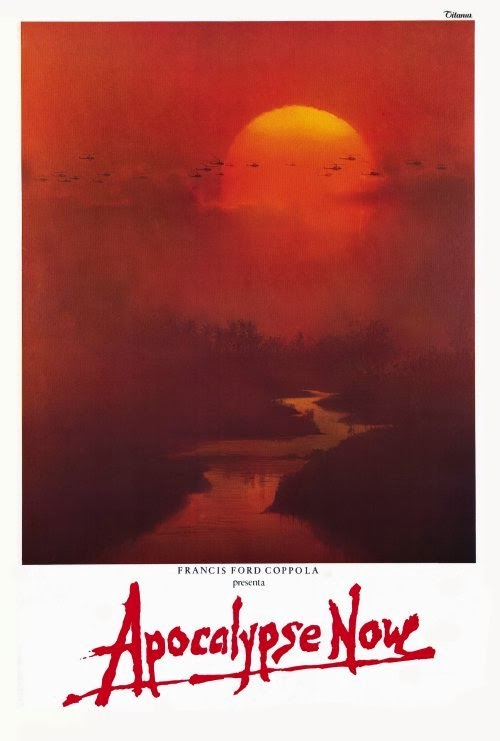 Purists know that two distinct theatrical presentations were exhibited in 1979, but the sole difference between those two boiled down to inclusion of a final credits sequence, and whether the credits sequence was simply white words over black or if the credits appeared over outtakes of the Kurtz Compound being destroyed.

Over twenty years later, Coppola and his editor and sound designer Walter Murch went back to the original negative and reconstructed an expanded and more operatic vision that seismically alters our perception and memory of the theatrical cut enough to exist as its own entity—so much so they tagged it with its own modified title, Apocalypse Now Redux. 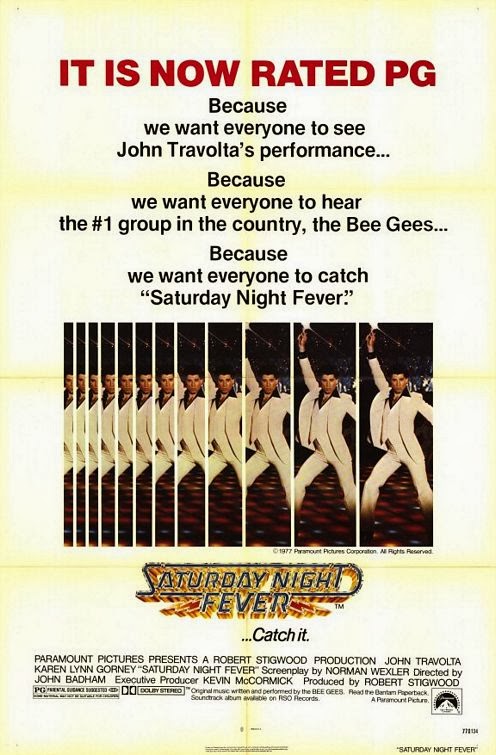 With a snip, snip here and a dub-dub there, Paramount retro-fitted this gritty, street-smart and most decidedly “R”-rated Brooklyn coming-of-Disco-age drama into a family-friendly affair, all the better to capitalize on the phenomenal success of the film and its soundtrack album. After dubbing out the foul language and toning town the rapey stuff, the studio resubmitted an alternate sanitized cut to the ratings board and reissued the movie to theaters as a tamer “PG” version. Tony Manero got neutered, but not as severely here as he would in a wretched and forgotten 1983 sequel. 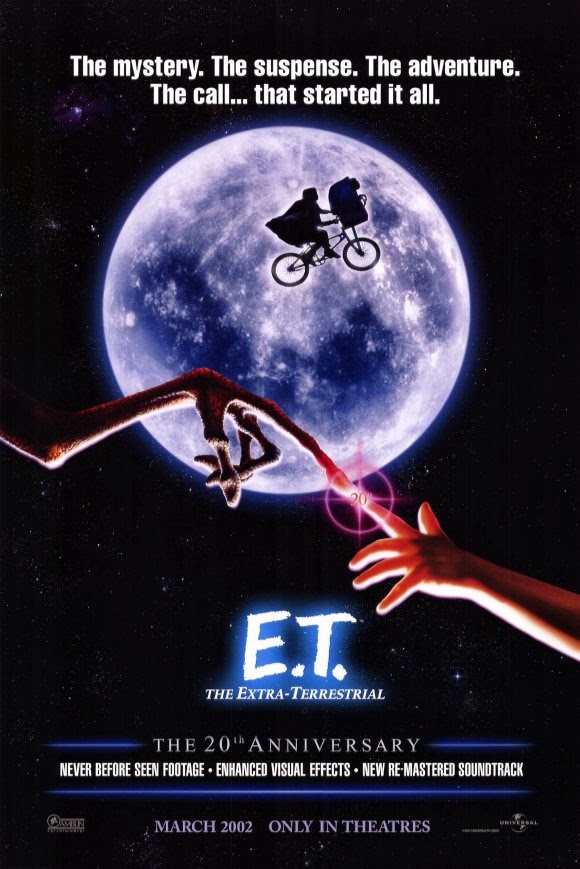 For the 20th anniversary of his tender alien bromance, Steven Spielberg tinkered with a few sequences by inserting previously deleted scenes and—most controversially—digitally scrubbing all the handguns out of the hands of the authorities and replacing them with walkie-talkies. 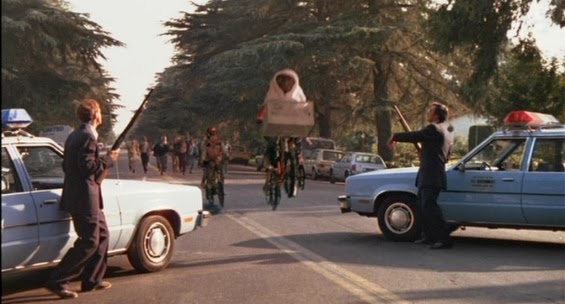 This was one year after 9/11, and it wasn’t okay to show guns in movies with kids anymore, film preservation be damned. 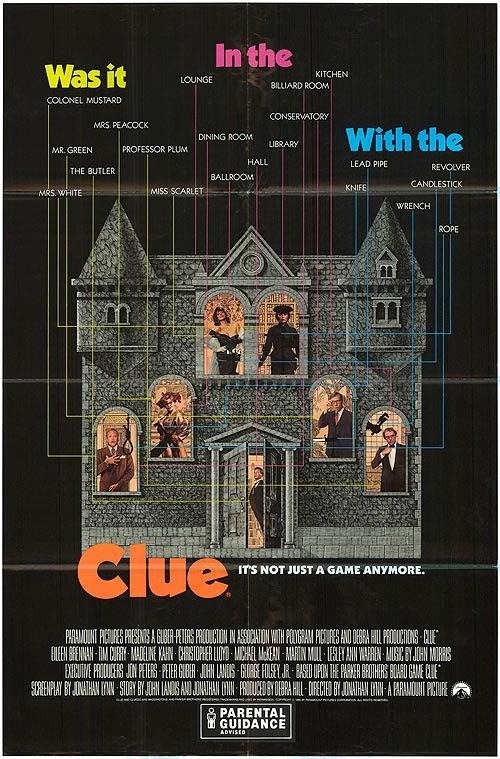 There was much ballyhoo about how this earliest example of a movie being adapted from a board game was released to theaters in three versions, each with a different conclusion to the mystery. To catch Endings A, B & C, you had to visit all three theaters, identified in newspaper advertisements. 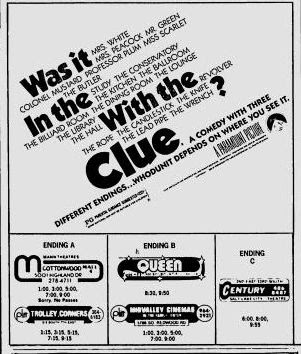 On home video, all three scenarios are strung together into a single finale.