Saturday night at the Dolby Theater brought us Robin Sparkles, red cowboy boots, Neil Patrick Harris on Red Bull, legendary catch phrases and a bevy of fond memories of popular CBS sitcom, How I Met Your Mother, just a few episodes away from the end of its ninth and final season.

Frequent HIMYM guest star Wayne Brady served as the evening’s moderator, a role he was a natural at, though he did speak some on how much he’s enjoyed his time on the show at Barney’s (Harris) gay, black brother.

After his introduction, the audience got to preview Monday night’s episode – and it was one of the season’s best. 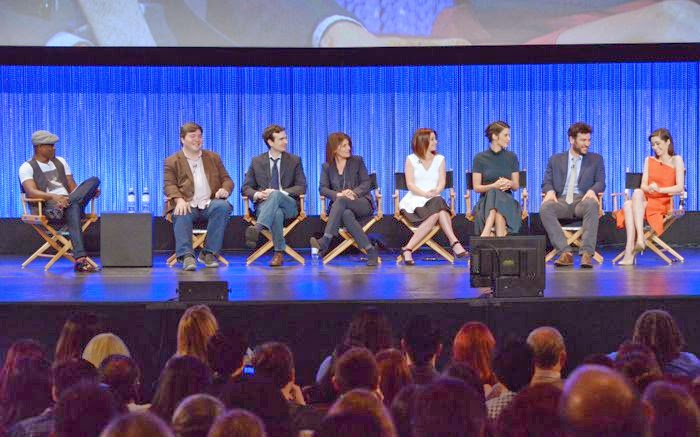 Harris joined for a short while via Skype before dashing off to a New York event for his soon-to-open Broadway musical, Hedwig and the Angry Inch. 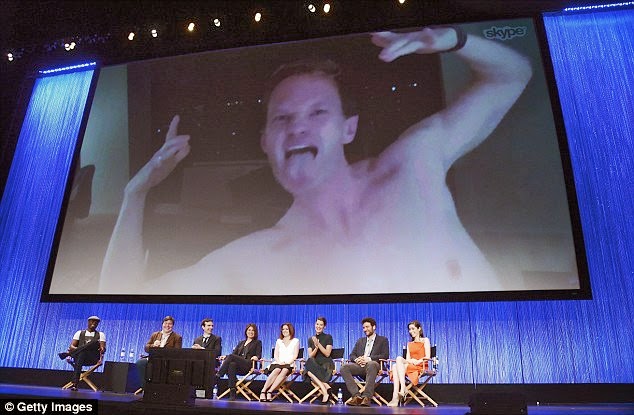 Jason Segel’s absence was felt by the fans who eventually shouted out during the Q&A, asking where he was.

Brady wasted no time tackling the biggest issue at hand, asking Carter and Bays what the outcome would be for Milioti’s character after a moment a few episodes ago seemed to imply she might have a fatal illness.

“We’re wildly excited about the finale,” replied Bays and Thomas.

Milioti shared one revelation – her performance of “La Vie en Rose” in episode 3.16 was particularly special to her as the song has personal meaning to her family. She didn’t tell them the song would be part of the show so they could enjoy the surprise. The moment was actually inspired by Bays, who bought a ukulele during his Hawaiian honeymoon and eventually learned that song to play for his kids.

It was a lot of pressure for Milioti to join a show that’s essentially been building up to her arrival with all that it is for the eight season prior however she confessed she only felt the weight of it for a moment; the cast and crew immediately made her a part of the family.

The last scene she shot was the scene she first auditioned with (with a script titled “USC Student Film” to keep it top secret), bringing the entire experience full circle for her. 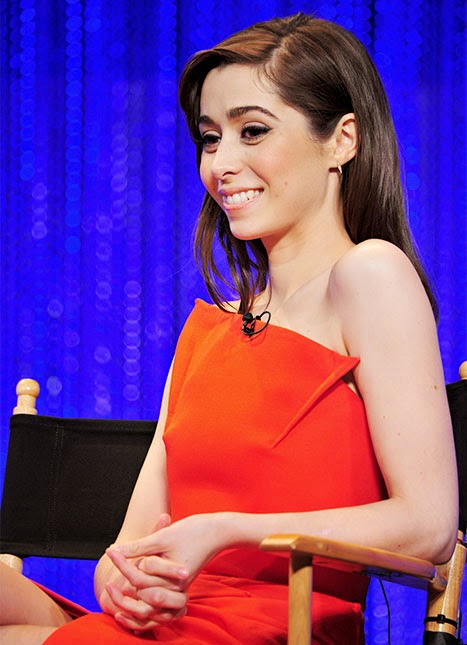 The show holds special, personal memories for everyone else as well – especially Bays and Thomas, who based much of the show on their own experience throughout. Perhaps that is how they were able to last as show runners for all nine seasons of the run.

It may also have something to do with a “friends forever” atmosphere on set. Fryman added “the work is hard, the days are long, so you need to make it a nice place to be.”

Robin Sparkles was also discussed though she never quite appeared, despite begging and pleading from the audience. Smulders declined to sing but spoke about her alternate pop star persona with joy. She also explained Robin Scherbatsky’s origin story – Carter and Bays came to her, praising her own, real-life Canadian awesomeness and asking to make it a part of her character.

“I think I got like five lines about the greatness that is Canada…” she said.

“I don’t think it was even five lines,” Bays interrupted, alluding to the show’s affinity for lovingly teasing about our neighbors to the north.

One of the evening’s highest points came when an audience member asked everyone to call out their favorite recurring show gag. 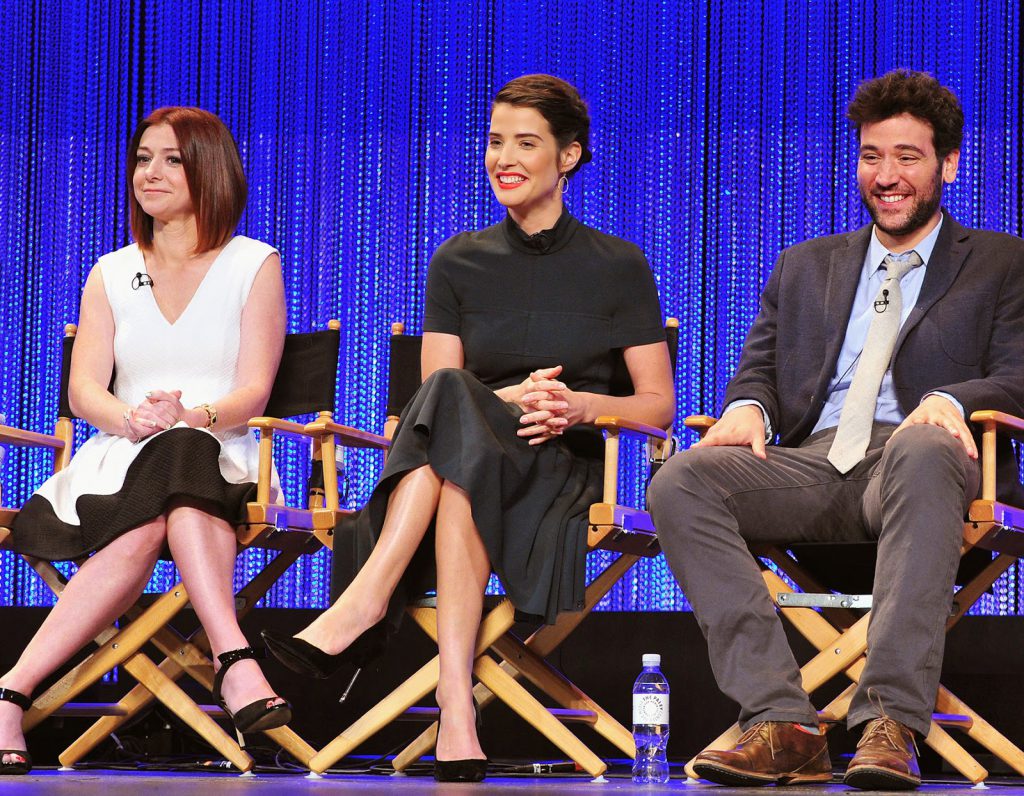 Smulders: The repetition of random numbers, stats and percentages.

Radnor: “I’m a huge fan of the interventions… and telepathic talking.”

No doubt if Harris were still with them he would have had the biggest pool to draw from since his character Barney is known most for all of his catchphrases, traditions and rules.

Naturally it pleased the entire theater when a fan in the Mezzanine stood up, flailed his arms in the air and shouted so the entire place could hear: “WHEN IS THE FINAL SLAP???”

It’s a safe bet that when it does happen, it will be LEGEN – wait for it – DARY.

Haaaaaave you met AJ? AJ Feuerman blogs over at confessionsofafatgirl.net. You can follow her on Twitter at @AmandaJoy.

In this article:Convention Panel, Guest Blogger, How I Met Your Mother, PaleyFest, Television