I was feeling adventurous, which is much cooler than admitting I was bored.

My classic rock station of choice was mired in an in-depth documentary on disco music narrated by a third-rate broadcasting school drop-out. This Casey Kasem wannabe, that I’m guessing could be the offspring of a guy who once wore a store-bought Barry Gibb Halloween costume to school, seemed completely unaware of the legendary mob-sanctioned liberation of our airwaves from disco music.

This occurred on July 12, 1979 when Comiskey Park in Chicago hosted Disco Demolition Night. A crate of disco records was exploded in the middle of the baseball field shooting scraps of vinyl higher than a Gibb falsetto.

Rock fans ran onto the field and formed a mosh pit over second base while police cancelled the game and assumed the role of head-bangers to clear them out. But the masses had spoken. Disco was dead, Barry Gibb Halloween costumes were future eBay fortunes, and Boy George, Wang Chung and Milli Vanilli would soon rule the airwaves.

Before Casey’s clone could hypnotize me into searching for KC and the Sunshine Band’s touring schedule online, I did the unthinkable. I killed the radio. Actually, I just turned it off, but did it with the same attitude Elvis had when he shot out a television screen.

It was a lot more fun that way.

Except now I was bored, which wasn’t very cool. So to raise the adventure factor, I grabbed the TV remote control and started channel surfing. And instead of cloning Bruce Springsteen’s attitude about having 57 channels with nothin’ on, I found somethin’.

The Voice features four celebrity judges from the music biz sitting in chairs turned away from the singing contestants. To continue in the contest, a singer has to be good enough to make at least one of the judges hit a button to turn their chair around.

The best earn a “four chair turn.” Then the contestant gets to choose a vocal coach from the judges with “I Want You!” flashing in lights under their chair.

It’s not about looks, dance moves, or even if you’ve ever appeared on The Disney Channel.

If you don’t have the voice, you go home. 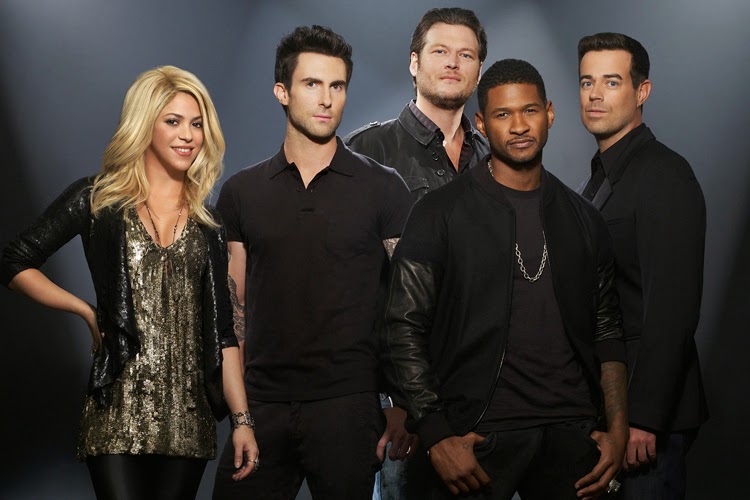 As a viewer I can name the four current judges and their music backgrounds: Blake Shelton (country), Adam Levine (rock), Shakira (pop and Latin) and Usher (R&B and soul). But as a classic rocker I can’t name any of their songs. If it will up my street cred a little I can name the members of Milli Vanilli (Rob and Fab) and one of the songs they didn’t actually sing (Girl You Know It’s True).

But now I’m just showing off. What’s important is that The Voice judges select the contestants based on blind auditions.

That’s not always the case in the world of classic rock.

Without further reference to Rob and Fab, some of our favorite singers might not have scored even a single chair turn on The Voice.

As a fan it hurts my feelings to say this, but here are a few thoughts. Buddy Holly was once reviewed as “hiccupping” his lyrics, Roger Daltry st-st-stuttered through My Generation and Ringo Starr has been a lead vocalist since 1970. I have yet to understand all the words Mick Jagger sings in any Stones song, if Axl Rose’s screaming would count, or even if Bob Dylan is really singing at all.

Of course more than a few would have been definite chair-turners on The Voice.

Imagine being a judge and from behind your chair you hear Janis Joplin growl Piece of my Heart), John Lennon shred Twist and Shout or Otis Redding soulfully deliver (Sittin’ On) The Dock Of The Bay. If they didn’t continue on the show I’d have to pull an Elvis on the TV screen and forgive my classic rock radio station of choice about forgetting Disco Demolition Night.

You know where this is leading – right? The arguments and disagreements should be plenty after this one. In fact I’m already mad at myself for even considering doing this, so I’d better add a few stipulations. I’m not all that crazy after all these years.

So at the risk of sounding sexist, soulless and an isolationist, I’ve avoided a lot of the personal guilt I would’ve suffered by leaving out too many of my personal favorites. Plus I’ve forfeited any chance to sing on a remake of We Are The World. As talent scout for this new version of The Classic Rocker Voice, my choices still won’t be easy. But at least my adventurous nature should distract me from still being so upset about my mom throwing away my Barry Gibb Halloween costume. 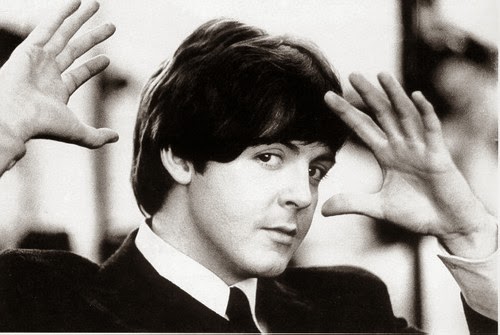 Choosing one of the more obscure Beatles classics, Sir Paul hits the first line, “You tell lies thinkin’ I can’t see…” and even country judge Blake Shelton does a Starbucks spit take before turning his chair. Invoking the energy of Little Richard, who unfortunately doesn’t qualify for this contest due to his lack of a British accent, he finishes with a few falsetto “ooo’s” that only dogs and Barry Gibb can detect outside a ten mile radius. Shakira promises him the Latin market, Usher promises the hip-hop market, and Blake offers his wife, Miranda Lambert. McCartney ultimately picks Adam as his mentor – simply because he knows he can teach Adam new lick or two in time for the 100th anniversary special commemorating The Beatles debut on The Ed Sullivan Show. 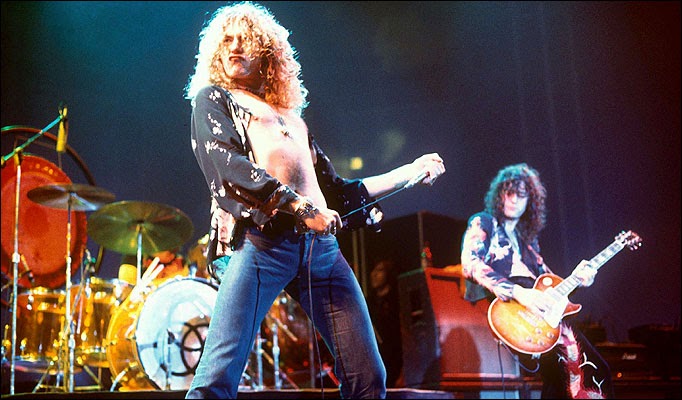 “Hey, hey, mama, said the way you move, gonna make you sweat, gonna make you groove.” By the end of the first line Usher’s leg jerks, hits the button and spins his chair around. Shakira has been sweating since “Hey, hey, mama” and Adam is looking for an inkless space on his arm for a Robert tattoo. Plant ends with a high pitched scream, causing Barry Gibb to break into a sweat. While trying to decide which vocal coach to pick, Plant flips his hair and tucks the microphone into the front of his low hanging hip-hugger jeans. Show producers make a note for future episodes to only film him from the waist up. After picking Usher, Blake pours a shot of Rebel Yell into his Starbucks mug and passes it to Shakira. 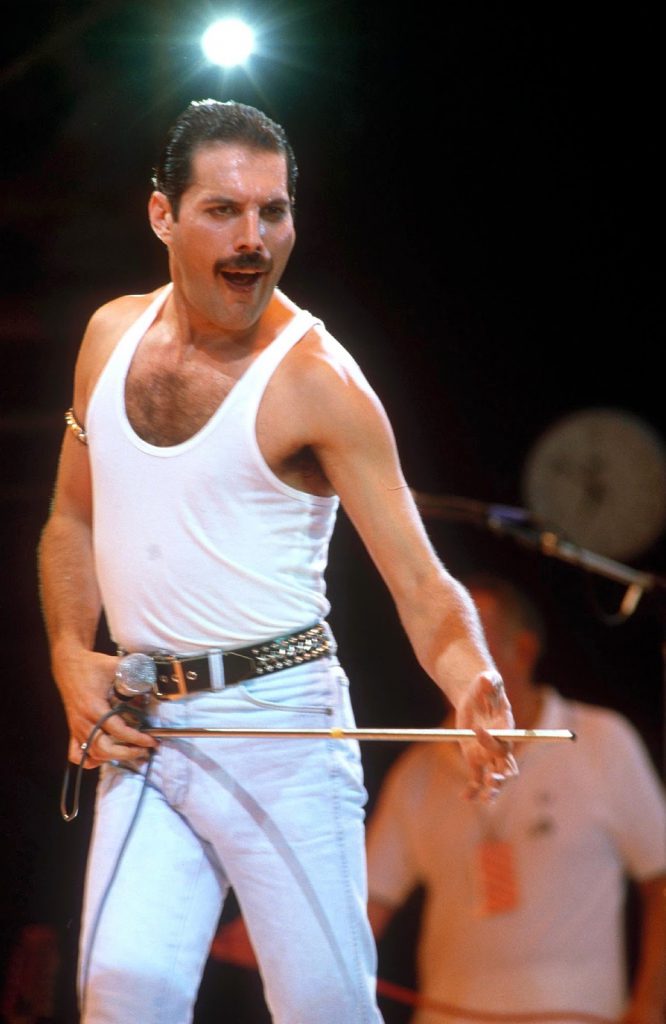 “Oh you gonna take me home tonight…” The four judges immediately hit their buttons, but the sheer volume of Mercury’s opening roar has short circuited the wiring and nothing happens. As he half marches, half struts across the stage, Shakira salsa’s out of her chair to prove why on the basis of this song he should pick her as his coach. Mercury rips off his tear-away pants revealing bicycle shorts and from the audience Miranda Lambert throws her wedding ring onto the stage. Ending with a high-pitched yell from the bottom of his lungs, the audio soundboard explodes and Blake’s bottle of Rebel Yell shatters. Usher phones Justin Bieber just to call him a punk, and Adam thinks about growing a mustache during the next commercial break.

After host Carson Daly explains how viewers can download full versions of tonight’s songs, the show ends with Barry Gibb leading the contestants and judges through a heartfelt rendition of We Are The Champions.