One was beloved by audiences, stood the test of time and started routinely showing up on “greatest movie” lists.

The other was a modest hit, fell into the public domain and sent to UHF stations. 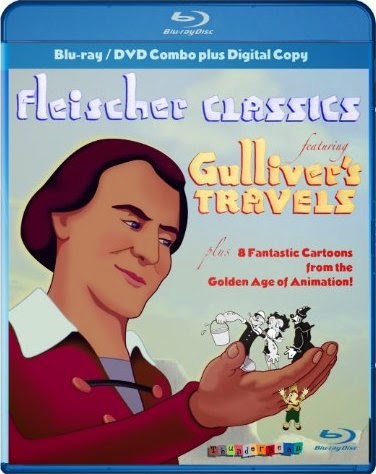 You’d think the Disney masterpiece would get the red carpet treatment when it came out on Blu-ray, but it’s the same as any other “princess” flick: recycled extras (albeit, several stellar ones) and a terrible restoration that destroys the filmmakers’ intentions.

Steve Stanchfield’s release of Gulliver’s Travels is remarkable in that regard, for it’s one of the first classic animated features to be released in the HD era with its original color styling and animation intact, sourced from at least five different 35mm Technicolor prints.

Long seen in terrible faded 16mm prints or bastardized “restored” DVDs/Blu-rays, Fleischer Classics featuring Gulliver’s Travels finally gives the Fleischer’s feature-length achievement respect beyond even the most wishful fan’s dreams. Until someone sources the negative (highly unlikely) this is the best you’ll ever see the film—and it looks better than it has any right to. 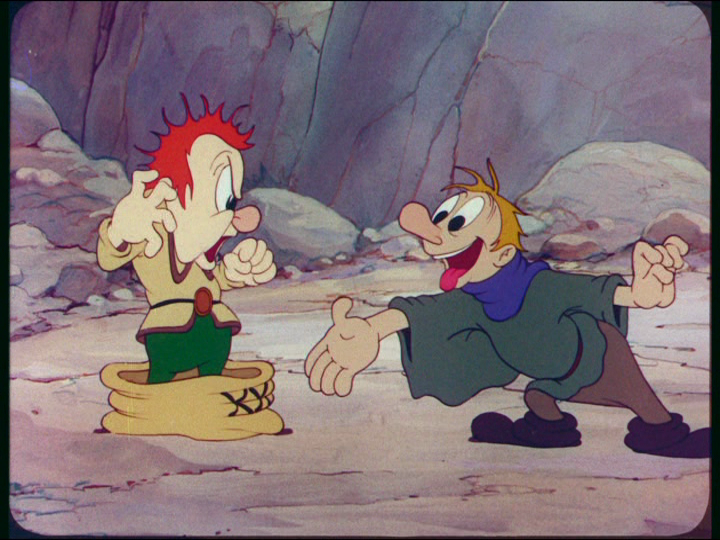 Gulliver was the first bold and brash attempt by Paramount to mold the Fleischer Studio into something that could compete with Walt Disney on his terms. An ironic tactic, for the New York studio had been doing pretty well competing with Walt on its own terms. Until serious work had started on Snow White (and spread to the shorts), the Fleischers were producing consistently more entertaining and interesting shorts than Disney; certainly Popeye was more compelling than Mickey.

When Paramount relocated the Fleischer studio to Miami to produce Gulliver (a subject covered well in an excellent booklet that accompanies the set, written by Stanchfield, John McElwee, G. Michael Dobbs, Chris Buchman and Ray Pointer), it’s largely agreed the studio lost most of its vigor.

While Gulliver itself is a modestly respectable picture, there is no drive to its filmmaking like there was in those Talkartoons, Betty Boops or Popeyes (never mind the Disney feature) that made them serious rivals to the Mouse Gestapo for most of the ‘30s. Soon, most of the Fleischer output ran out of steam. A whole book could be written on this subject, and a couple of people are presently scrambling to do so. (I don’t plan to write one of those hypothetical Fleischer books, though a few chapters on the studio wouldn’t be out of the question…) 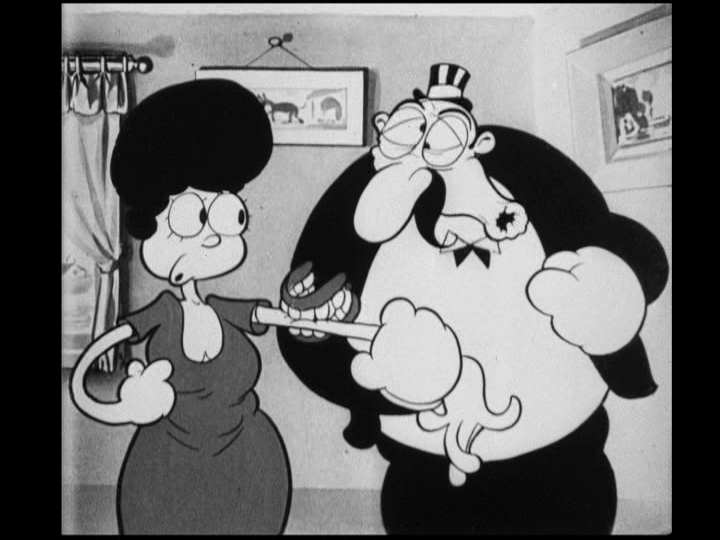 You can see glimpses of that brilliance in the supplemental features, wherein eight cartoons are featured, the highlights being HD transfers of the commercial/faux-“Screen Song” In My Merry Oldsmobile, the prime pre-code Betty Boop Is My Palm Red? and The Paneless Window Washer, one of the very best Popeyes. Also included are rare Fleischer recordings, pencil tests and the theatrical trailer, items impossible to see even just a few years ago. 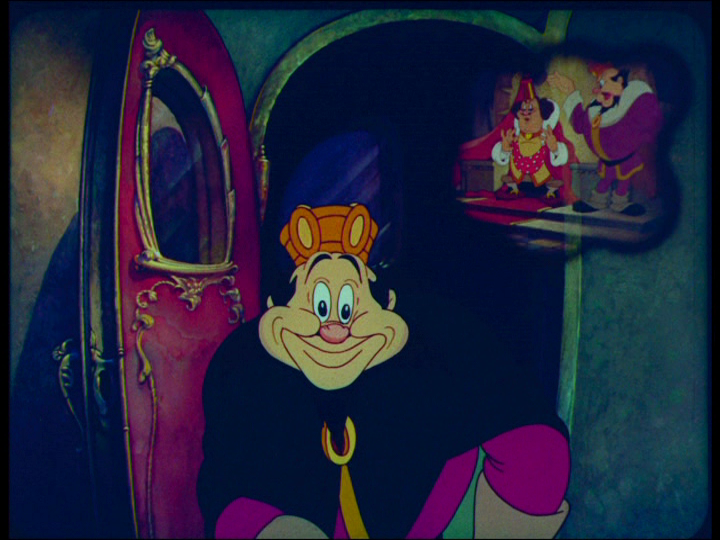 I’m doubtful the ideal transfer of Gulliver will change anyone’s minds about the film itself—its reputation might improve marginally.

But if anything, it at least further cements Mssr. Stanchfield’s reputation as an important film historian and once again proves you should by anything with the Thunderbean label without hesitation. All’s Well!