It’s nearly 2015, the year Back to the Future II predicts we’ll all be wearing sneakers with self-tying laces and iridescent clothing with auto-drying capability. It’s also the year we’re supposed to have anti-gravity Hoverboards, a futuristic transportation device that’s been a frequent and well-revered element of my dreams ever since childhood.

A recent viral video that purportedly documents a real-life hoverboard breakthrough has proven to be a delicious hoax, but it got me thinking about some of my other favorite cinematic inventions. 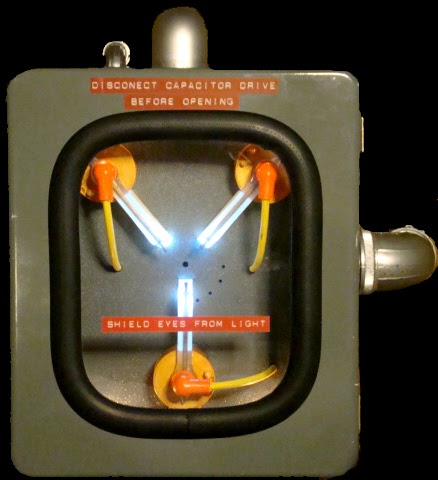 This mysterious bit of lightning in a box is what makes time travel possible. All other cinematic time machines—from H.G. Wells’ steampunk sidecar and Bill & Ted’s cosmic phone booth to the clunky contraptions from Twelve Monkeys and Primer—work only because somewhere in the apparatus there’s an unseen flux capacitor requiring 1.21 gigawatts of electricity to function. 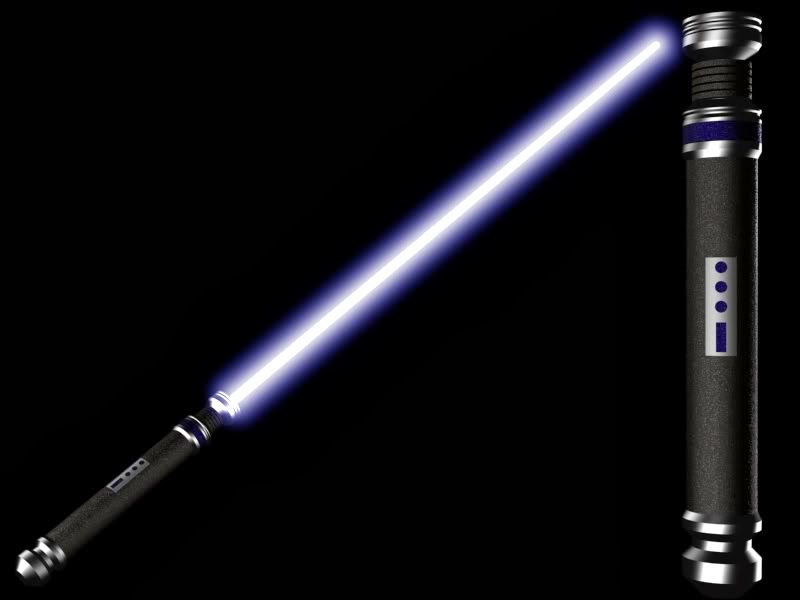 The elegant and civilized weapon of choice for Jedi Knights, the glowing and humming “laser sword” is not as clumsy or random as a blaster, but its utility apparently depends on the color. The red ones, usually associated with villainy, can slice off a limb and cauterize the wound in a single blink. Blue lightsabers are trusty, too, but avoid the fickle green ones, as they mostly shock the target when the defensive intent, clearly, is to deflect, maim and dismember. 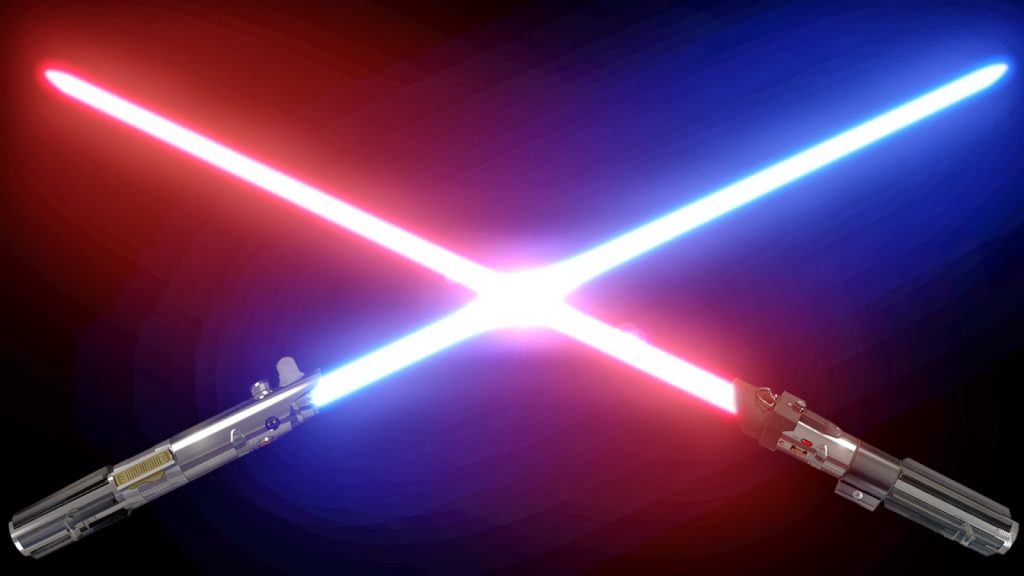 See also: Every other Star Wars movie. Yes, even the prequels, which feature an anomalous purple lightsaber. 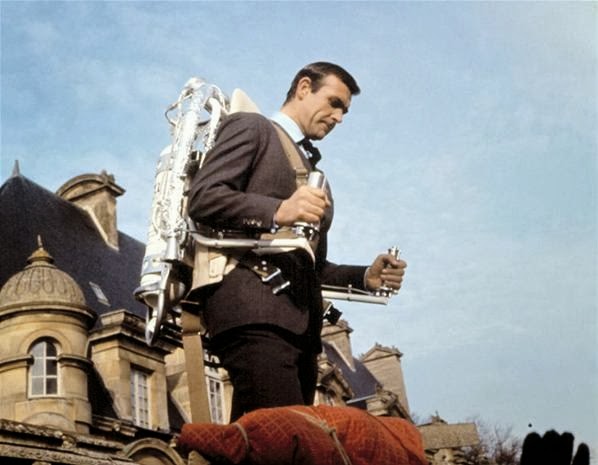 Jet propulsion for the individual sportsman is what makes Iron Man, the Rocketeer and Boba & Jango Fett soar, but those cinematic icons of flight all owe their salutes of gratitude to Commander James Bond.

In Bond #4’s high-flying opening sequence, 007 dispenses with a cross-dressing enemy and eludes the pursuing SPECTRE minions by strapping on a handy rocket backpack conveniently provided by Q Branch. No well-dressed man should be without one. 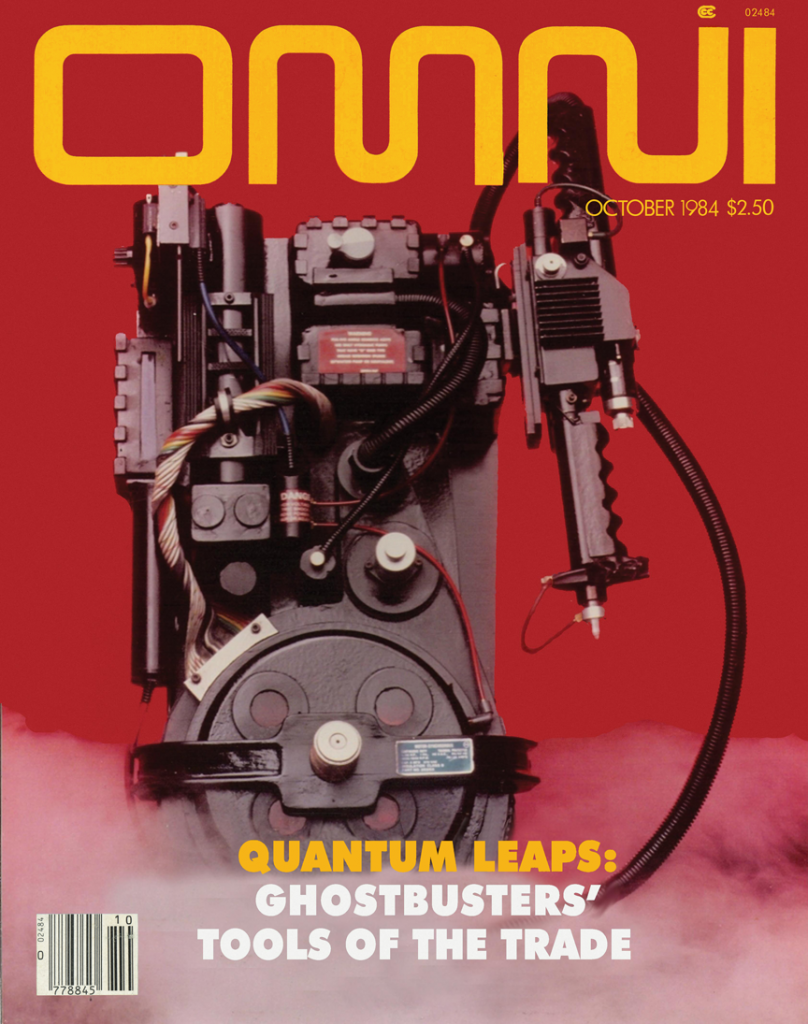 This portable strap-on nuclear accelerator produces a particle beam suitable for immobilizing and catching ghosts. Only four are known to exist.

Crossing the streams is ill-advised but, in case of emergent Apocalyptic Destructors—marshmallow or otherwise—it’s the perfect strategy for reversing the protonic particle flow through any gate or portal, zapping any unwelcome spirit or demon back to its point of origin or to the nearest convenient parallel dimension. 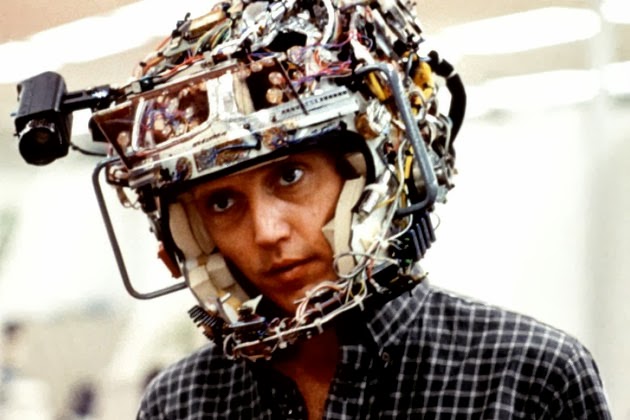 It’s perhaps the one fantastic cinematic invention that I truly wish never happens, but the ability of a gadget to zap a person’s brain and 1) record and/or delete the wearer’s consciousness and/or 2) implant external consciousness into another person’s head has provided inventive plot fodder for some of my favorite mind-bending fantasies. 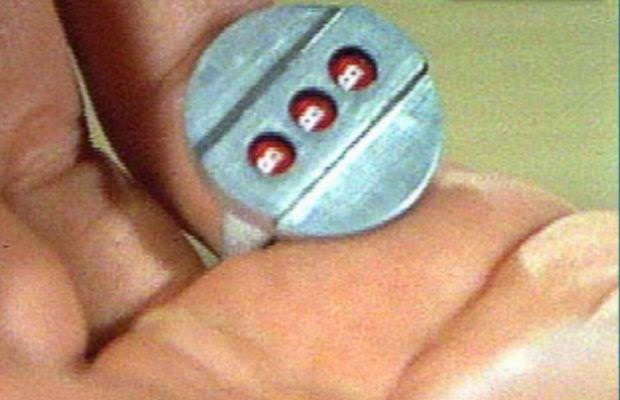 The clever gadget geeks at Q Branch surpassed themselves with this thumb-sized gizmo that makes the user—in this case, Q himself—an unfailing master of the slot machines in Vegas. This one-armed-bandit beater is the first blatant leap from reality in the James Bond series, which until this time had showcased only real gadgetry.

This was years before laser-beam guns and invisible cars, of course. 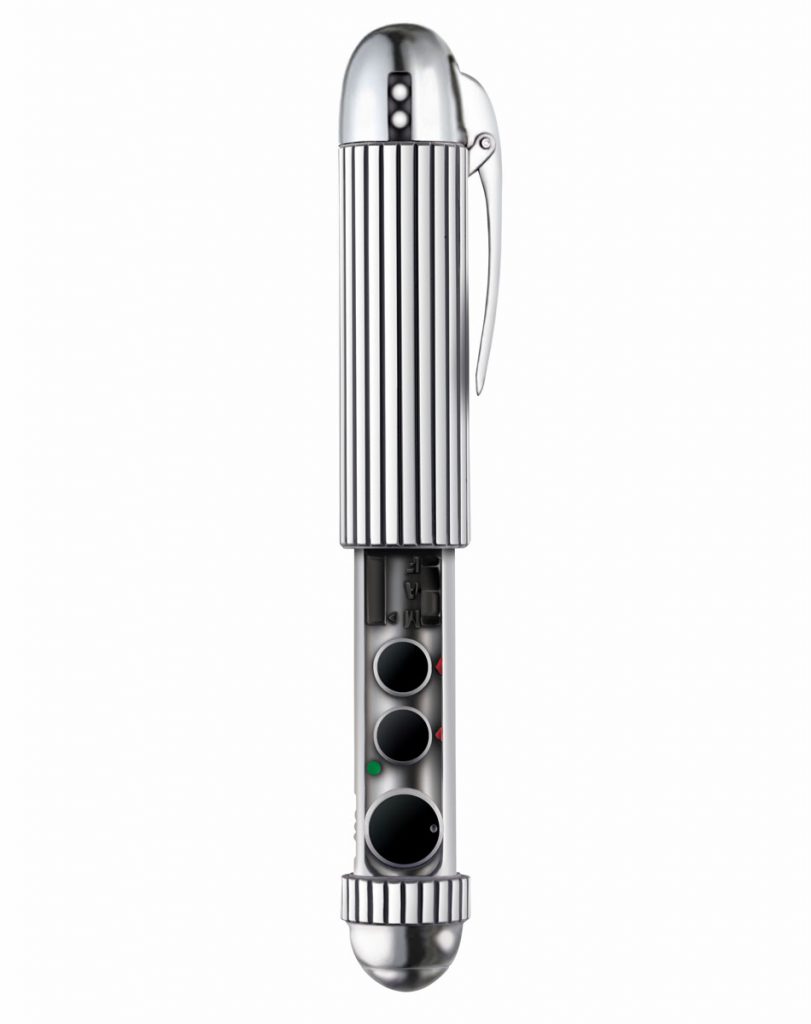 With a brilliant burst of light, anyone on the receiving end of this hand-held cigar-sized illumination device will have their mind—specifically, top-secret memories of alien encounters—erased back to the point in time specified on the tiny dials. Unless, of course, he or she is isolated from the amnesia beam by wearing special protective sunglasses. 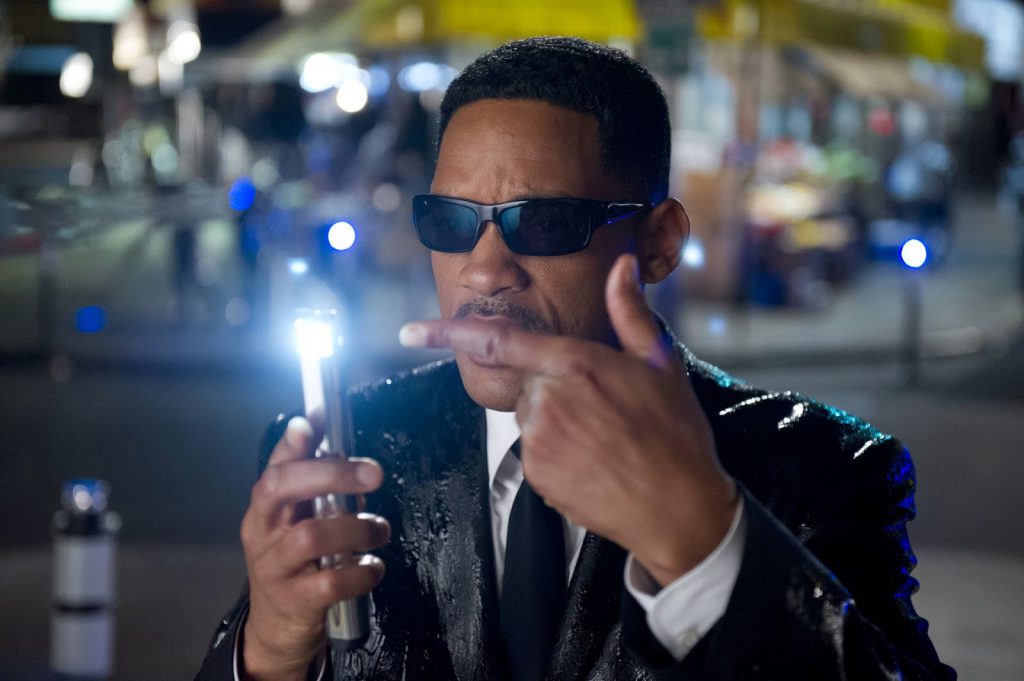 The neuralyzer goes further than the various wearable, portable and furniture-sized Brainstorm Devices because the deployment of a neuralyzer can instantly affect a large group of people simultaneously and can target specific memories, whereas the Brainstorm Device is typically good for one go at a time and its aim hasn’t proven to be so surgically precise.

Props to Michael Crichton’s cheesball ’80s techno-thriller Looker, which features a light-emitting stun gun that freezes the target for minutes to hours…unless the target is wearing protective glasses.

Which brings us to…

One step beyond mere X-ray spectacles, these innocuous shades show the wearer a world in stark black-and-white, filtering out the haze of hypnosis that keeps humanity asleep in oblivious submission.

With these shades, the hidden truth will be revealed to you: the secret army of skinless alien intruders will be unmasked, and the vast machinery they’ve deployed to broadcast subliminal mind-control messages across the planet will be plainly visible. Whether you’re chewing bubblegum or kicking ass—or both—these designer Ray-Bans will clearly identify who’s truly human and who’s actually an acid-faced, bug-eyed alien.

Even if you have to fight your best buddy for the duration of an entire reel of film to convince him, all you have to do is PUT THE GLASSES ON!!! 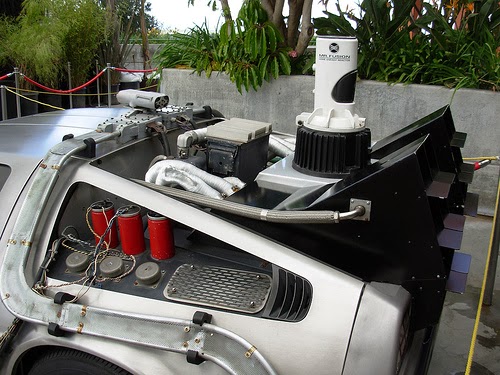 It’s a throwaway gag during the finale-slash-obligatory-sequel-setup, but the brief appearance of a kitchen appliance-sized fusion reactor on the back of Doc Brown’s time-hopping DeLorean remains one of the most clever—and optimistic—inventions in movie history.