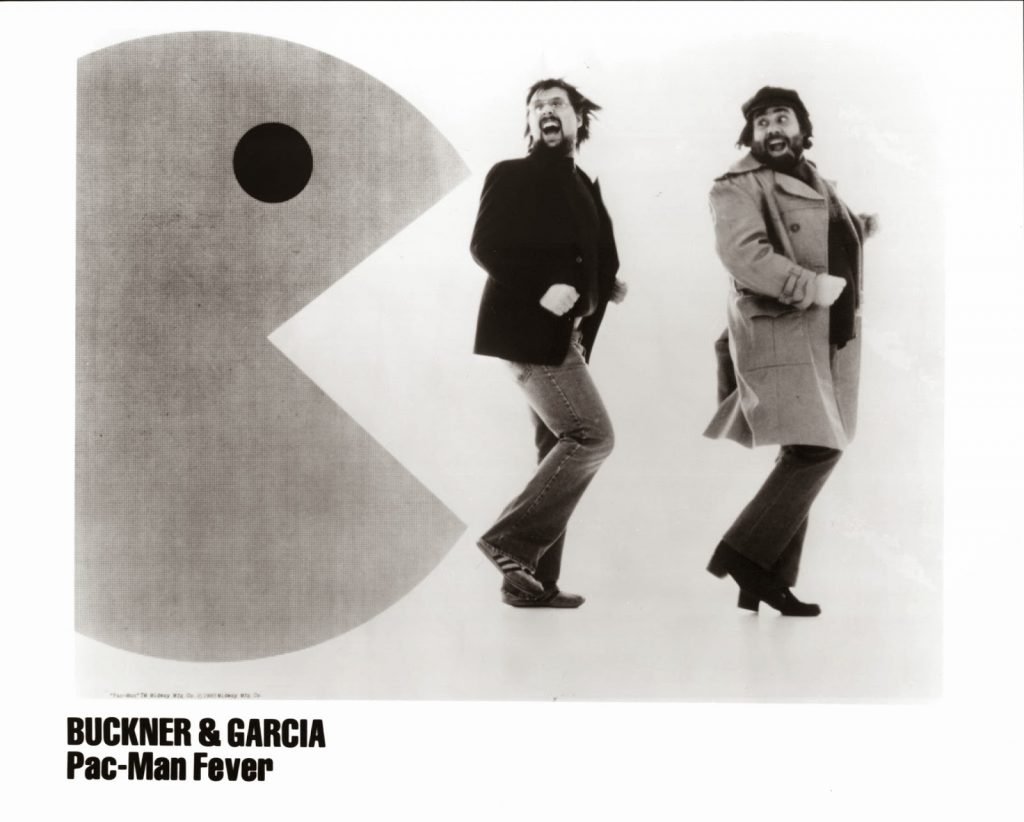 While going through my musical memories yesterday I was in a quandary on whether to promote Buckner and Garcia’s Pac-Man Fever or go with Do the Donkey Kong, after-all, both are such horrid songs and are dually worthy of being the one true Music Video Monday Pick.

Of course, if I’m being completely honest here, the entirety of their 1982 concept album, Pac-Man Fever, contains a plethora of other video game-related songs: Ode to a Centipede, Hyperspace (which is about Asteroids), Froggy’s Lament, The Defender, Goin’ Berzerk and Mousetrap, that any one of them could have made the cut.

But alas, I chose their more well-known song Pac-Man Fever due to its legacy in Pop Culture and how drunk people over the age of thirty-five still seem to know all the words.

So check out the duo on American Bandstand back in 1982 when teenagers were really into dancing to songs about arcade games.

The graphics alone are mind-blowing.