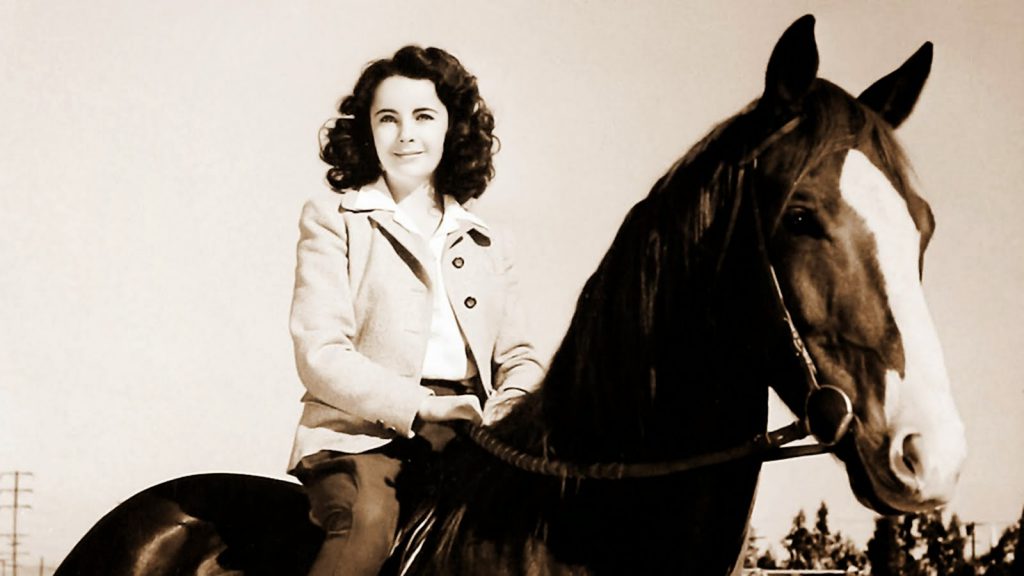 If you love an old movie in glorious Technicolor about a world that was perfect – but you also want it grounded in a little faux-reality rather than Oz-like fantasy – then the movie National Velvet is really where it’s at.

This tells the story of the Grand National – set in an England where the sun shone all summer, it snowed in the winter and everyone lives in homely cottages in a village on the south coast.

The movie stars a young Elizabeth Taylor winning the great steeplechase against all the – disguised as a Russian jockey. 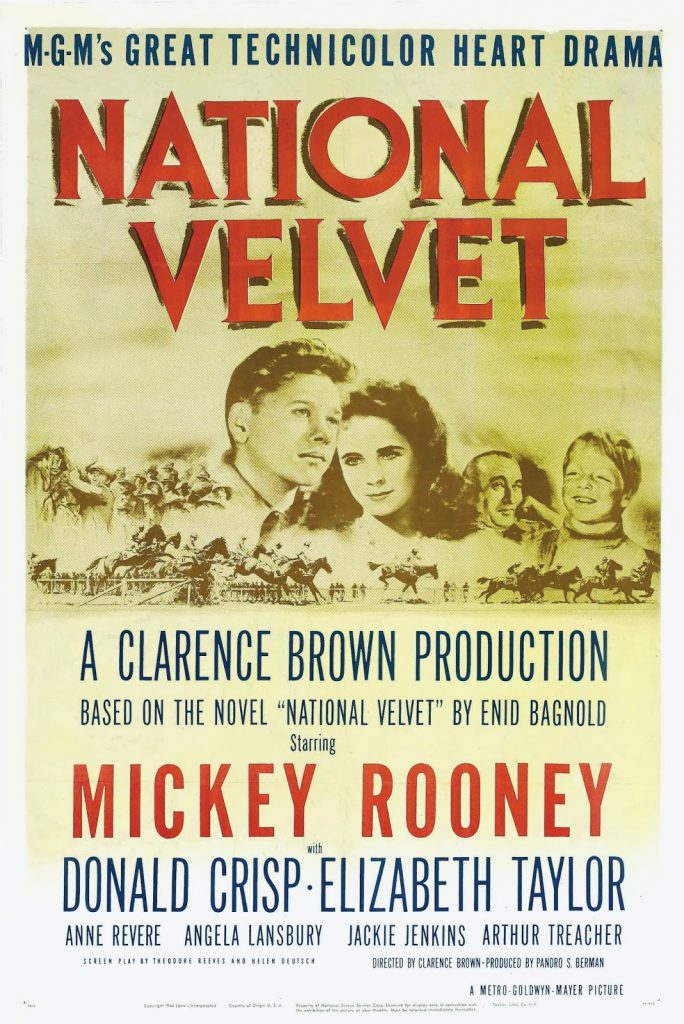 Velvet Brown is a young girl living in Sussex on the south coast. Her Mum had become famous herself as a girl when she became the first girl to swim the Channel.

One day, the mother’s swimming coach’s son, Mi Taylor, comes to the village looking for Mrs Brown. He meets Velvet on the way and they watch as a horse that has become loose jumps a wall. Mi exclaims that the horse has just jumped the equivalent of Becher’s Brook (a fence in the Grand National). Velvet asks him to explain himself and the whole ripping yarn really begins. 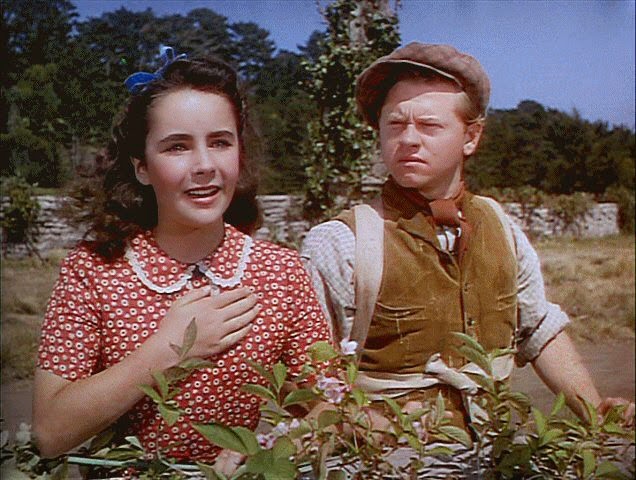 Subsequently, Velvet wins the same horse in a raffle and the pair set about training him up to try and win the greatest steeplechase in the world – the Grand National.

Over the rest of the year, the trio see a few ups and downs, but eventually arrive at Liverpool where they’ve booked a Russian jockey, Tasky, to ride. But Velvet doesn’t like him. She thinks that he thinks the horse (“The Pie”) has no chance – so she decides to ride him herself. She cuts off her hair, pretends she can’t speak English and takes her place in the line-up.

Of course – she wins against all the odds but falls off after the line. The medics then find out she isn’t male, and she’s disqualified.

Meanwhile, Velvet’s Dad has had a small bet on the Grand National as has the rest of the village where Velvet lives – all at 100-1.

The movie really launched the career of the late Elizabeth Taylor, who was just 12 at the time, whilst Angela Lansbury plays one of her sisters.

National Velvet is a wonderful and completely fictional story that helps build the legend around the great race. Today, the real race attracts around 70,000 spectators to the Aintree course each year and the Great British public bets around £160m! An increasing portion of that pot now finds its way to modern betting exchanges like Betfair rather than traditional bookies. This is the country’s single biggest gambling day of the year by a long chalk. With Betfair, the prices tend to be a little more generous on the whole – but it’s not always the case so it’s best to check. ‘Oddschecker’ generally lists all prices including Betfair’s – so it’s quick and easy. 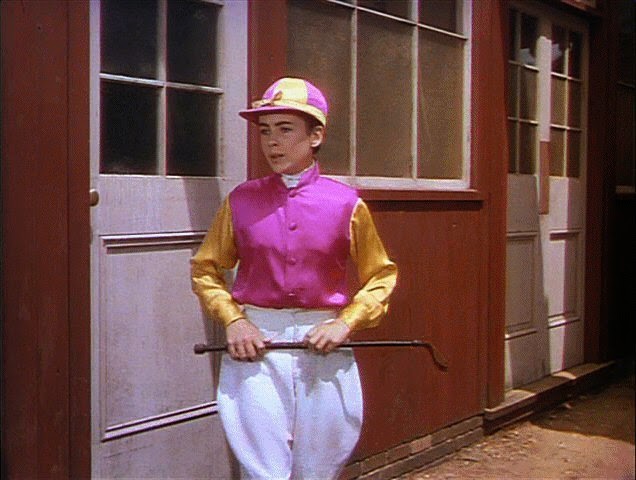 The real thing will be held this year on April 5th. Sadly, it won’t be in glorious Technicolor nor will it feature a young girl masquerading as a diminutive Russian rider – but hey; we can live in hope!