Schoolboy anxiety of the week ahead was replaced by that of the working world. (For jobs that where I didn’t work nights and weekends.) The weekend draws to a close, two fleeting days of recreation, playtime, much-needed catching up around the house, and then back to the rat race.

But before I get back into that hamster wheel called life, there’s one more night to entertain me, to take me away from my cares.

Well, at least there used to be.

These past few Sunday nights have been dominated by doom. Thanks to AMC’s The Walking Dead and HBO’s True Detective, I have newfound reasons to equate the South with apocalyptic despair. Rust Cohle and Marty Hart, Rick Grimes and Lil’ Psycho Carl.

These Sunday nights, forever changed by The Sopranos in 1999, continue to wear me down. I went from Homer’s lust for potato chips to Nucky Thompson’s lust for, well, everything. From Bob Saget’s funny home videos to Don Draper’s childhood brothel.

At the end of a weekend that I hope was equal parts restful and eventful, am I ready to gorge on gloom? To numb out with a nip of nihilism before bed?

I settle in, ready to drown in doom. Because it’s always going to be doom. Rick is going to bleed those piglets and toss them to the zombie horde. Rust is always shooting drugs and speaking to catatonic child rape victims. Time’s a flat circle, and we’re forever slicing walkers’ heads off, standing on that crushed can of Lone Star.

Woody Harrelson used to make me laugh, Matthew McConaughey was a walking punchline, and Norman Reedus – that Boondock Saint – blew people away as a party favor. Remember those days?

Both shows have captivating drama and fascinating characters living in the familiar unreal. I like both those aspects in my … entertainment. However, I must admit that it’s tough to call such things entertainment. That word connotes something pleasant, and you can’t call Walking Dead or True Detective pleasant by any means.

One show’s got tons of zombie death, performed with joylessly gruesome inventiveness. The other has sex and murder as the crust of a pie filled with Darkseid’s anti-life equation and the endings of 1984, King Lear and Atonement.

It’s so fitting that True Detective and Girls share a night on HBO. The former throws you ample T&A – hi, NSFW Alexandra Daddario – enrobed in horribleness and guilt, while the latter makes you regret seeing Allison Williams in a sex scene. 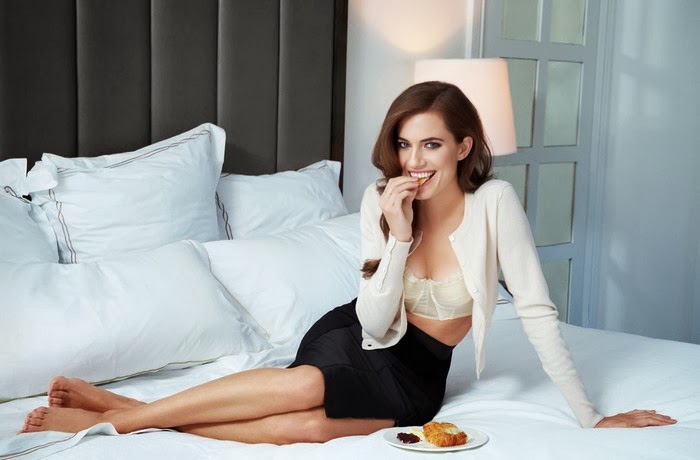 The Walking Dead did have two actual-hot sex scenes, but the Lori-Shane pair was bankrupt because we knew Rick was still alive, and Maggie-Glenn happened in a prison guard tower – the zombie apocalypse’s version of a backseat.

But the fake-doom, in a sense, is good for me because the real world has more than enough real doom. I’d take Bane laying siege to Gotham’s City Hall in The Dark Knight Rises any day over the political violence gripping Ukraine, Venezuela and Egypt. Give me the fake militias and presidential assassination plots of Mat Johnson’s Right State graphic novel over all the crap I see and hear since Obama entered the White House.

The Walking Dead holds no appeal to me regarding the what-would-you-do thoughts that come up in disaster shows. I watch more to see how they handled what people would cling to in a world denuded of civilization with no better tomorrow in sight. The zombies in this show are too inconsistent – they’re so decayed that you can bash their entire head in with one blow, but they’re strong enough to pull out your intestines with their bare hands?

But avarice, fear, hatred, despair – those things are very real, and well used when the show is rolling. I read, watch and listen to the real news.Day after day when taking in the whole world of things gone wrong, coupled with any decent knowledge of history, and pretty soon you’re talking that flat circle of time right along with Cohle.

Toss me an empty Lone Star can and a pocket knife.

So I embrace the fake-doom. You merely adopted the fake-dark; I was fake-born in it.

But only for two hours on Sunday nights.