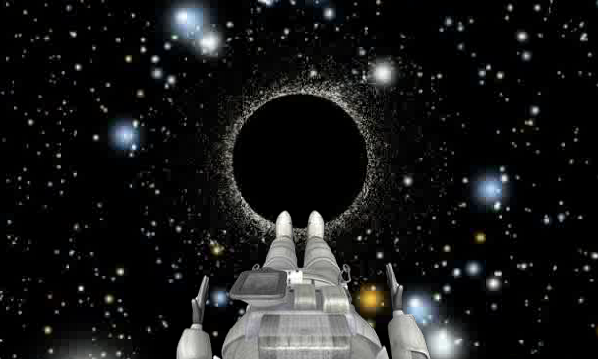 As someone who is positive that her death will be the kind that makes the news, I often spend a good deal of time searching out all the ways a human being can die (I want to be ready for it) and in this case (being killed via a black hole) I now have the opportunity to become paranoid about losing my life through something called spaghettification and/or being incinerated by an event horizon.

Of course no one knows exactly what would happen to a person if a black hole suddenly sprouted up in their garden, but that doesn’t stop scientists from speculating on the horrors one would suffer if that bastard was unluckily pulled inside one.

Which is just the ammunition I need to become a freak about something that will probably never happen.

If you’d like to join me in worrying about something that most all of us will never experience then feel free to watch a great little video put together by NOVA after the break, if you are a well-adjusted human being that doesn’t see why you should have to worry about something that has very little chance of occurring on earth, than fuck you.

In this article:Death, Science/Nature, Watch This