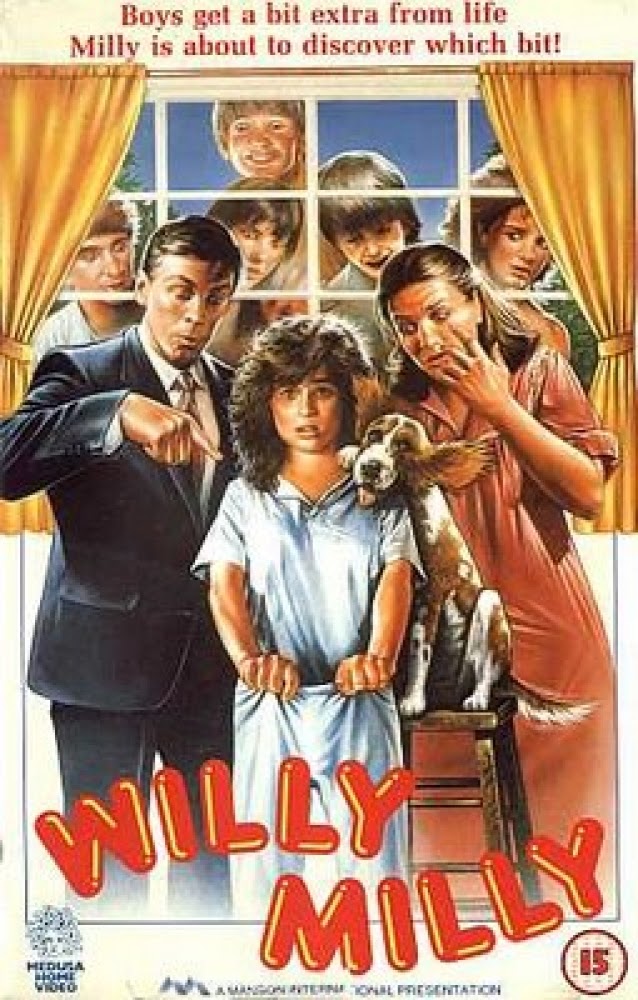 This is probably one of those stories that I already told before but hey, after five years on this site I’m going to repeat a thing or two.

When I was a relatively young tween, I asked my dad about the birds and the bees (when I had asked my mother she just handed me a confusing book called Everything You Always Wanted to Know About Sex But Were Afraid To Ask…it contained a section on Golden Showers…I was not ready for that) who, like most parents, became visibly upset and told me that he would answer all my questions in a day or two.

When that special day of knowledge came, Dad sat me down on the floor in front of the TV and popped in a movie called Willy/Milly (aka Something Special) and said (and I quote) “This should help you out”. He then walked away (what was it with my parents and using visual media to discuss uncomfortable truths?) leaving me to fend for myself.

So what did I learned about boys from this fantasy flick about a young tomboy named Milly Niceman (Pamela Adlon, Louie) who is tired of being treated unequally in life because she’s female so, with the help of a spell, TURNS INTO A HERMAPHRODITE (!) and then spends a bunch of time as a boy until she realizes she has feelings for her friend Alfie (Eric Gurry, Bad Boys)?

What I did learn was to never ask my parents about anything ever again.

If you’d like to be a part of my mentally damaged younger years, feel free to watch the movie after the break. You never know, it might help answer some questions about magical spells that suddenly gives females a penis along with their hoo-ha.